Tuned in to the pangs of a nation’s birth

Once upon a time, four men undertook a brave journey. The Telegraph tells their story 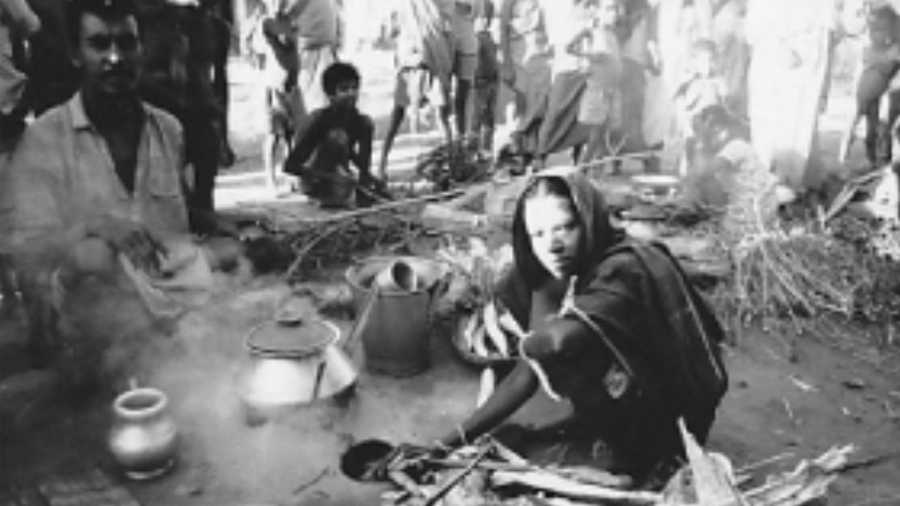 Those days the institute used to be on the Rabindra Bharati University campus on B.T. Road and not in Joka. On December 16, no sooner than the radio blared the news of the surrender of Lieutenant-General A.A.K. Niazi of Pakistan Army’s Eastern Command, all four of them got into a huddle. When they emerged the decision had been made — they would take the first transport available and cross the border to witness first-hand the goings-on in the neighbouring country.

A half century later, Pandyan and friends have penned their unique adventure in a book titled Birth of Bangladesh: Eyewitness Memories. But by the time they started writing these memoirs in 2020, there were just the two of them. Clement had died five years ago and Aiyyar, more recently.

Devasis Gupta and Sankaranarayan T.R., both first-year IIM-C students at the time, have also shared their experiences. Gupta has written about his experience of travelling to the Bongaon border to interview refugees as part of an Oxfam project, and Sankaranarayan about his visit to a refugee camp as part of another NGO — Caritas. Their batchmate, Jayanta Sengupta, has written the epilogue.

To get back to the story, on the morning of December 17, the four friends, carrying a change of clothes, a toothbrush each and Rs 50 in hand, boarded the bus to Bongaon from Dum Dum station. From Bongaon to Jessore by train, from Jessore to Faridpur on foot, bullock cart and jeep. A boat ferried them to Narayanganj and from there they walked to Dhaka.

Of all four, only Shyamal spoke Bengali. One day, the bus to Faridpur ran out of fuel and they were forced to walk the rest of the way. Bangladesh is full of liquid roadways in the form of rivers and rivulets, but those days with most bridges blown off in the war, barges with flat tops were the only mode of transport. In the course of their meanderings, the students met Major Chandrakant of the Indian Army, who gave them a ride in his jeep. He heard them out, the reason behind their peregrinations in war-torn times and then admonished them for “such a foolhardy venture”. He didn’t ask them to turn back though.

Pilots stand inside a bomb crater at the Kurmitola airfield.
United Service Institution of India

It was from the major that they got to know how the Indian Air Force had bombed the Dhaka airport runway and immobilised the Pakistani Air Force. And when the villagers shared major stories of atrocities and genocide committed by the Pakistani Army, the four young men listened aghast.

When they got to Dhaka, they came across the Indian Army battalion at Dhaka stadium. Once again, the colonel in charge chastised them for their misadventure, but they did get to ride with army convoys as they toured the city and visited the Dhaka air base to see the craters made on the runway by Indian fighter jets.

They even got to visit Sheikh Mujib’s house, where family members referred them to Muktibahini members who took them around the city, showed them the exact spot where General Niazi surrendered, and advised them on their return route.

“Only the rezakars were outright hostile, and there were times when we thought we would never see our homeland again,” writes Pandyan, who is the lead writer of this book. The rezakars were locals who joined the Al-Badr force — the paramilitary force in East Pakistan that assisted the Pakistani Army.

It seems of all four, Clement was the most politically inclined. He wanted to understand the contribution of the Leftist movement in the creation of Bangladesh. He also bought a lot of Leftist literature during the Dhaka leg of the trip. But these books never made it to the IIM-C campus. Says Pandyan, “We had walked along the rail tracks and reached Gede (on the Indo-Bangladesh border) in the middle of the night. We were relaxed; hoping to catch the early morning train and be back in Calcutta, when a couple of men accosted us and started questioning Clement. They thought we were either refugees trying to get into India or Pakistani soldiers or rezakars. They took away all the books…”

On their way back, they reached a place called Jhenaidah, where they came across a man in bloodsoaked clothes. Turned out he traded in grains and had been out of town on work. During this time, the Pakistani army moved into Jhenaidah. His entire family was butchered by a rezakar. When he returned, he did all he could to identify the man and that day, when the four friends met him, he had killed the rezakar on the railway tracks. Training to be corporate managers, all four of them struggled to process this episode.

In the epilogue to the book, Sengupta writes, “In spite of all the cruelty, torture and murders that the Bangladeshi people had suffered, their indomitable human spirit won through… We had seen homes being rebuilt on the ruins of earlier shelters by nothing more than human labour, but with the leavening of a smile.”