Going to the land of the Pharaohs is like walking through history, at virtually every step of the way 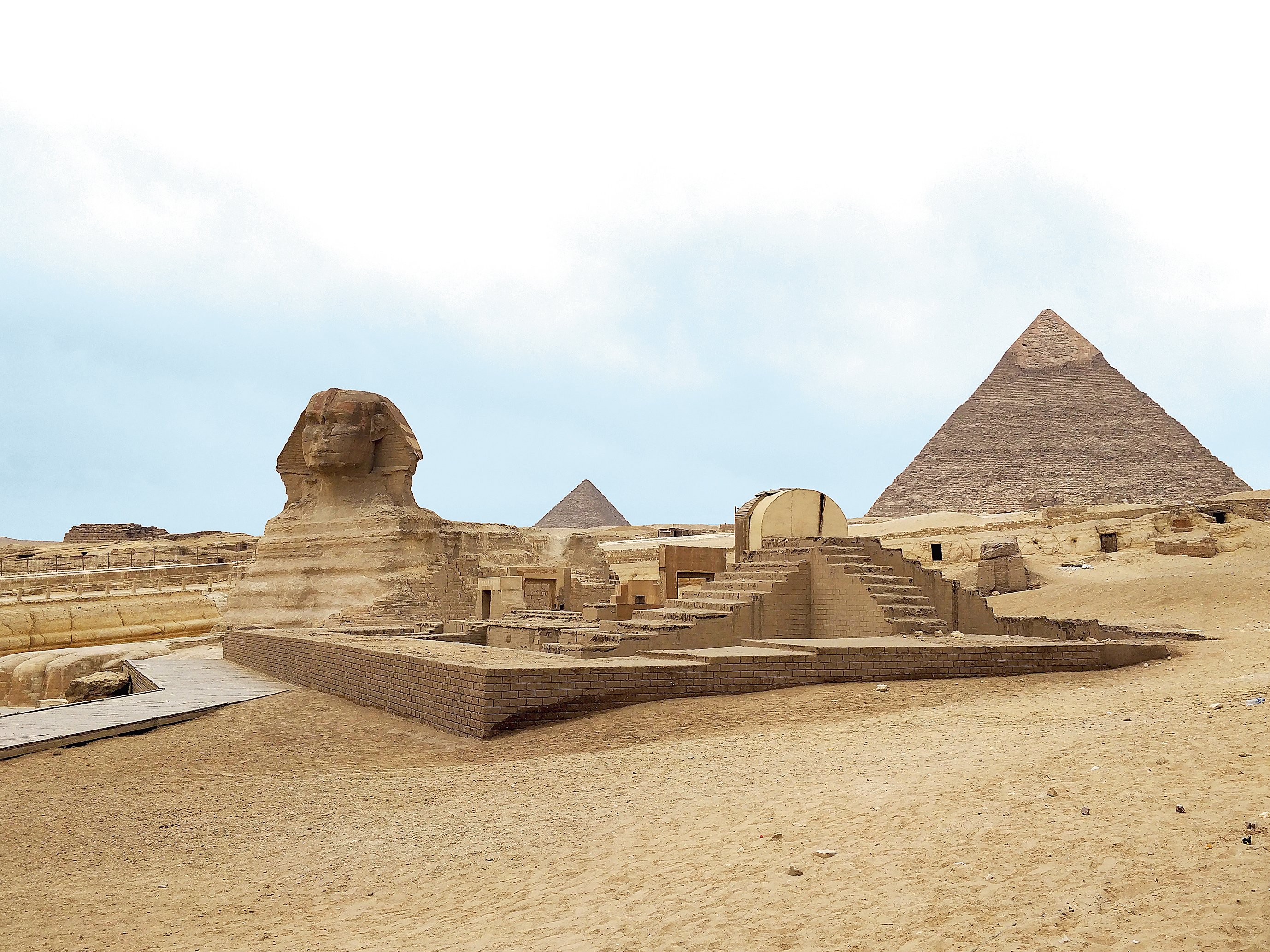 While the entire city gives the distinct impression of being a living museum, the Egyptian museum is a storehouse of history, carefully preserved and catalogued. Our next day began with the visit to the museum.

Finding myself in proximity to objects that are now so well known that they seem almost banal, the art of ancient Egypt ceased to be remote or caricaturish. Here was Tutankhamun’s papyrus chair, there were ushabti, or funerary figurines, in various enticing shades of blue. In another room, there were slim-limbed funerary beds, their gold leaf still intact. One had cat-faced Sekhmet on its posts, the other the sky cow Mehet-We’ret, with black trefoils decorating its gold skin.

It was all so near, so intimate!

Stepping out of the museum on the Tahrir Square, I was glad to be in Egypt at the end of what some call “the seven bad years”. The Arab Spring of 2011 had come and gone, and the overthrowing of Hosni Mubarak, who had ruled Egypt despotically for three decades, had led to years of tumult in which this tourist-dependent country had been starved of visitors.

By the time we arrived, Egypt had been delivered into the hands of yet another strongman, Field Marshal Abdel Fattah el-Sisi. And though terror attacks remained a problem, the bargain had brought relative stability and security to the country.

In my quest to get a sense of the mood of the city, I talked to a few local residents. It doesn’t take long to understand the restlessness of a city reeling from a revolution whose hopes had been nipped in the bud, but it’s equally difficult to ignore the spirit of revolution that the youth of the country is still full of.

After spending a heady three days in Cairo, I took the overnight Watania Express train to Luxor, only to step out to witness the beautiful sight of hot air balloons flying above the Karnak Temple, adding colour to the morning sky.

My guide Hassan told me that all temples were made on the East bank of the Nile because the sun rises in the east whereas all tombs and pyramids were built on the western bank, signifying end. Luxor teemed with a lot to offer on both its banks.

However, I preferred lazing around for most of the day at a small cafe on the Nile bank. Interestingly, I found out that most Egyptian men flirt with ease, most of it being fun and harmless.

Towards the end of the day, I decided to ride a felucca on the Nile. I had heard that the beauty of the Nile could make the troubles of human beings seem illusory. That evening, at that first beguiling glimpse of the Nile in the open countryside, as my little felucca sailed slowly down the river, I felt the gritty reality of modern Egypt beginning to fade.

After the healing ride on the Nile, it was the Luxor Temple which with its sheer magnitude and scale, overwhelmed me. I spent larger part of the evening strolling by its columns and circling the giant beetle for good luck. Only the lure of another felucca ride could pull me out of the temple.

Fortunately, without my knowledge, I had saved the best for the last part of my trip. The twin temples at Abu Simbel, close to Aswan, dedicated to Rameses II and his wife, Nefertari, were the best among the monuments we saw during our trip. Even more amazing than the magnificence of the temple itself is the fact that the entire temple was dismantled and reassembled at its current location because of construction of the Aswan high dam that flooded its previous spot.

As the sun soared higher in the sky, I bid adieu to this Unesco world heritage site and flew back to Cairo.

After spending a few days in the land where time seems to stand still, I left Egypt but my appetite for the country had just been whetted. Maybe, some day, I’ll return to the land of the Pharaohs.

I reached Cairo on a bright sunny April morning. As I stepped out of the airport, I saw clusters of armed security guards standing idly under trees — a subtle reminder that Egypt had navigated violent political rapids in recent times.

“Cairo is jazz,” Omar Robert Hamilton wrote in The City Always Wins, a novel set in the Arab Spring. It is “all contrapuntal influences jostling for attention, occasionally brilliant solos standing high above the steady rhythm of the street. Forget New York, the whole history of the world can be seen from here”.

Cairo didn’t disappoint! As I let loose the flaneur in me around the Egyptian capital, at first I could barely see beyond the crowds and the chaos. However, I soon realised that history echoed from every nook and corner of the city. It was difficult to walk down a street in Cairo without coming across a relic of its rich history — unbroken arcs, crumbling buildings and ancient arcades.

I felt what set Cairo apart though was how this city, while carrying history, is palpable with its enthusiasm for a new future.

The next morning, I could feel a tingling excitement for my upcoming tete-a-tete with the Pyramids and the Sphinx at Giza. The first view of the majestic structure was very sudden — a minute before I was full of excitement with the thought of seeing the pyramids and, in the blink of an eye, they just popped right in front of me in all their glory.

I was lucky to be in Egypt in April, which happens to be the fag end of the tourist season there. Absence of huge crowds allowed me to spend the larger part of the day around the tombs, basking in their glory and chatting with my guide and, by then, friend, Hamdi. He laughed when I told him about this popular viral theory that pyramids had been built by aliens.

I decided to wrap up the day with a visit to Khan el-Khalili. The labyrinthine passages of the busy Middle Eastern bazaar has more than its fair share of tourist traps. But there are real gems to be found throughout the market — from antique shops brimming with vases and lamps to workshops that make leather-bound notebooks and traditional jewellery.

After wandering in the maze-like complex for few hours — a worthwhile activity even if you don’t plan on buying anything — I managed to bring a piece of Egypt home with me.

The bazaar also has a number of famous cafes, including El Fishawy, one of Cairo’s oldest, which reportedly opened more than 250 years ago. Tired after walking for long hours, I felt relaxed after treating myself with cups of hot Egyptian coffee and hookah at the famous cafe. 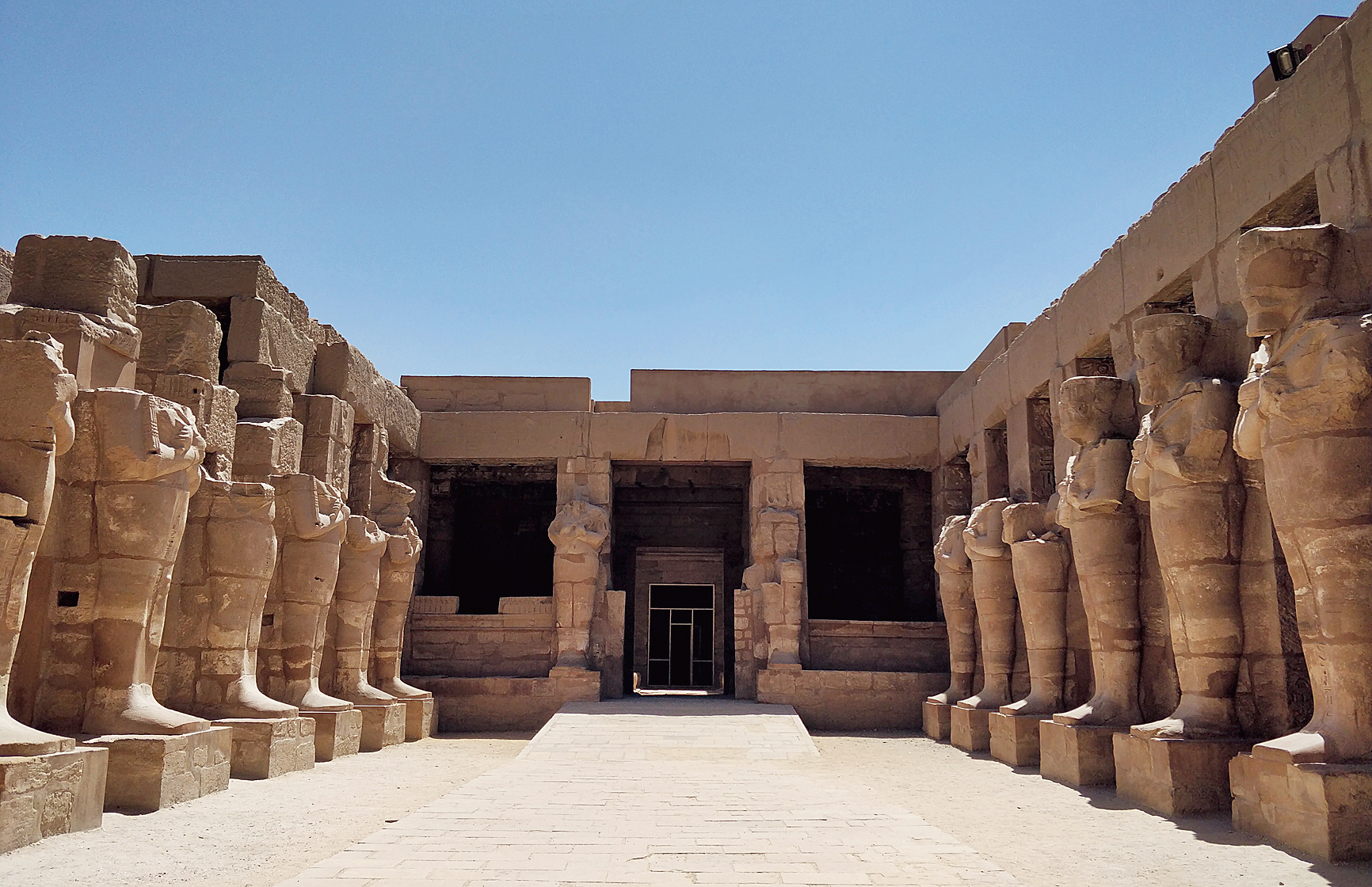 The columns and courtyard of the temple of Karnak in Luxor, which is one of the most popular tourist destinations in Egypt .
Shikohi Agarwal
Egypt Sphinx Great Pyramid Of Giza Temple Of Karnak
Share
Advertisement