The ultimate guide to Helsinki 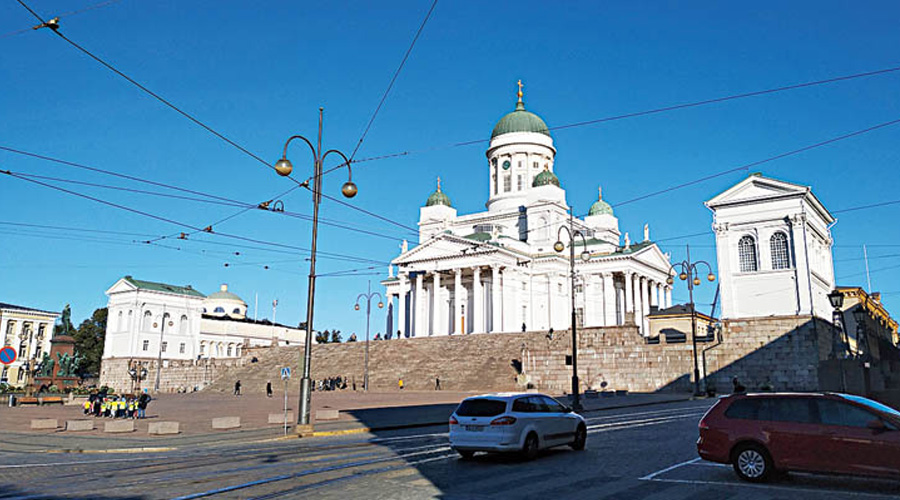 If anything is palpable as soon as one arrives in Helsinki, the capital city of Finland, it is that the air is crisp and delicious. In fact, the country is supposed to have the best air quality in the world and it felt almost like breathing straight out of an oxygen cylinder.

I arrived at the city’s Vantaa Airport, on a chilly September evening and headed straight to a kiosk to pick up a 12-euro day pass that would entitle me to unlimited travel on the city’s public transport for 24 hours. It took me a trip in a fairly empty metro into the city and then a tram ride to reach my hostel for the night, Eurohostel.

Upon hearing that most restaurants outside had shut already and the few that were open were a little far from my hostel, I decided to skip supper and instead snack on mixed dry fruits, berries, potato wafers and sausages, which were the only things I could get from the snack vending machine at the hostel.

Before I turned in, though, I booked myself on a free walking tour for the next morning at the hostel reception. Luckily, I had the luxury of the entire room to myself as nobody else had been allotted a bed there. 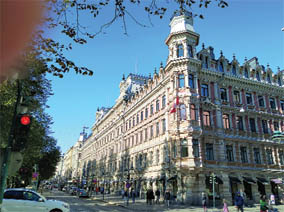 I woke up well-rested really early next morning. The temperature was 3°C and it was extremely windy and chilled me to the bone. I decided to try the sauna at my hostel to warm up. An interesting thing is that there are more saunas than cars in Finland. For a population of only five million people, there are two million saunas! The Finns consider it a necessity. After relaxing in one sauna for 45 minutes and sweating it out, I checked out of my hostel and left for my walking tour.

In all my travels, I have discovered that walking tours are one of the best ways of getting to know a lot of things about a city through a local guide in a very short time and most of these free walking tours work on a tipping basis. The guides are typically local students who are super enthusiastic about trying to help tourists see the city through their eyes. 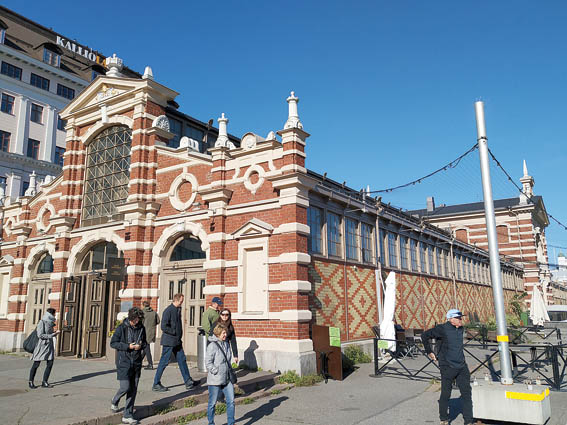 Market Square is another heritage landmark in the city

I met my tour guide at the starting point of the tour, which was the Senate Square, with another 14-15 tourists. The walk took us through Senate Square with the Helsinki Cathedral, University of Helsinki, Bank of Finland, Sederholm House, Uspenski Orthodox Cathedral, the Presidential Palace, Sauna Centre, and ended tour at Market Square.

After saying goodbye to my tour guide, I explored Market Square, which is filled with sellers of local Finnish products like honey, reindeer meat, salty liquorice or Salmiakki, salmon, and my personal favourite, herring. 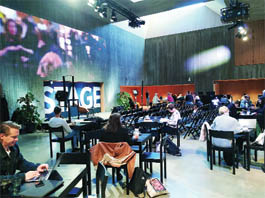 After having a hearty bowl of salmon soup, I decided to take the train to my next destination, the ultimate hipster and student district of Kallio.

Earlier a small working-class neighbourhood, Kallio has grown to become a laid-back but happening area with a noteworthy array of cafes, bars, boutiques, restaurants and more. Essentials that include food, drink and hipster wear are available at good prices at the flea markets and coffee shops with thriving nightlife and events taking place.

In the heart of Kallio is Kallio Church, a unique-looking large, grey, granite structure that one must not miss out on since it has a lot of style and character. Built in 1912, it is one of the most prominent landmarks of Helsinki.

After the church visit, I was hungry again from all the walking and stopped for lunch at an all-you-can-eat buffet for 8 euros.

I then explored a few art galleries, vintage shops, boutiques, and thrift stores, checking out Finnish designs. Finnish design is a major attraction of Finland, making it an incredible place to visit for lovers of art. Carrying intrinsic Nordic values like functionality, simple elegance, durability and a timeless quality, Finnish design is inspired by nature because of the close relationship the Finns share with mother nature. 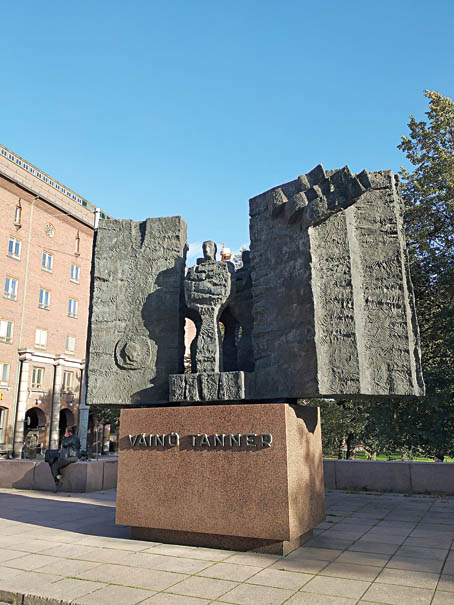 It is much more than just a pretty object and Finnish design is actually a way of living — something you experience and not just see from the moment you arrive in Finland. It follows you wherever you go within the country.  Renowned for its simplicity, superior quality and durability, it has been at the forefront of the nation’s identity since 1917, when Finland declared its independence from Russia.

Some of Finland’s most illustrious designers who have made significant contributions to modern design include Eero Aarnio, Ilmari Tapiovaara, Armi Ratia and Alvar Aalto.

Hot coffee was such a blessing in a cold place like Helsinki while walking around art galleries and boutiques. This is probably why Finland is the second-largest country in the world for per capita coffee consumption. According to the International Coffee Association, each citizen consumes 12kg of coffee a year! 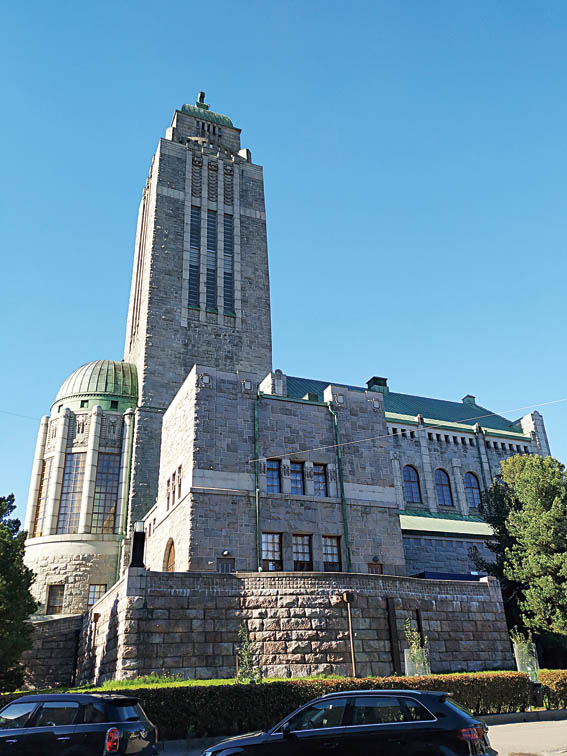 Before leaving Kallio, I decided to check out Hakaniemi Market Hall, which is a genuine Finnish market hall in a 100-plus-year-old building selling fresh fish, bread and pastries and other delicious foods alongside interior decorations, handicrafts, souvenirs and other design objects. I bought a few souvenirs and tried some Finnish pastries here along with the Finnish national sweet, Salmiakki.

Finns of all ages love this candy. It definitely is an acquired taste as I had a tough time keeping it in my mouth for longer than two minutes, after which I just gave up. It was like a punch to my tongue. The liquorice with ammonium chloride added to it gives it an astringent salty-bitter taste.

After a quick trip to see other famous places in Helsinki, the Sibelius Monument, Temppeliaukio Church, and Vaino Tanner Memorial, I made my way back to Vantaa airport to end my short, yet very informative and enjoyable Helsinki trip. 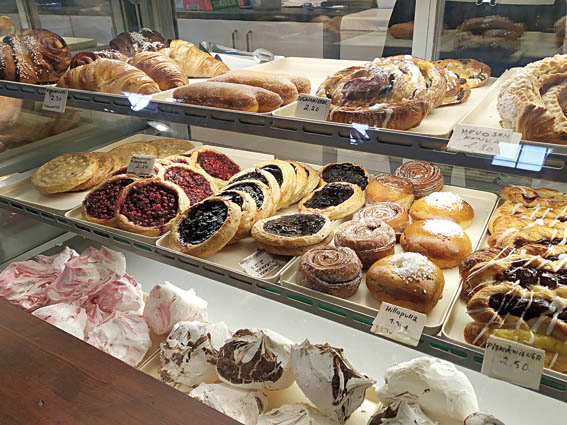 A selection of Finnish pastries 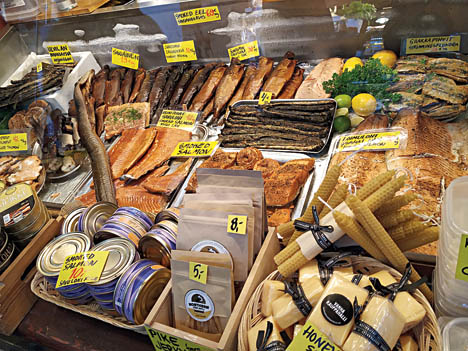 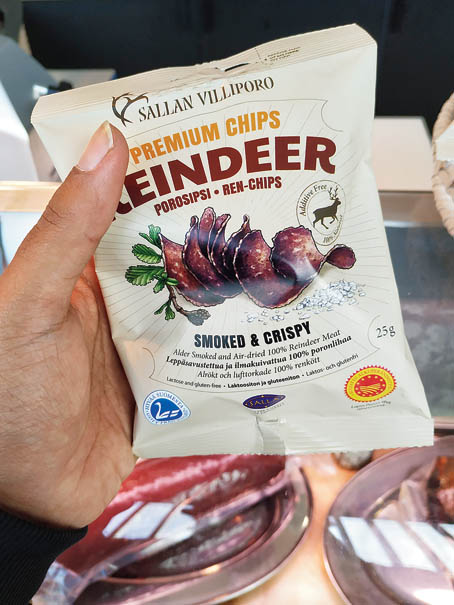 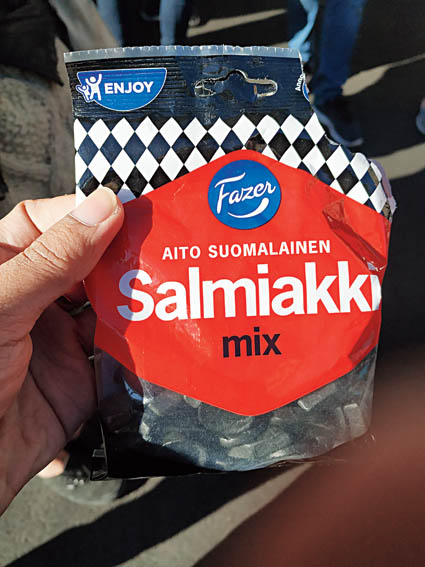