A wildlife photography enthusiast returns to the jungles after one year, to Tadoba National Park with a stop at Umred Pauni Karhandla Wildlife Sanctuary 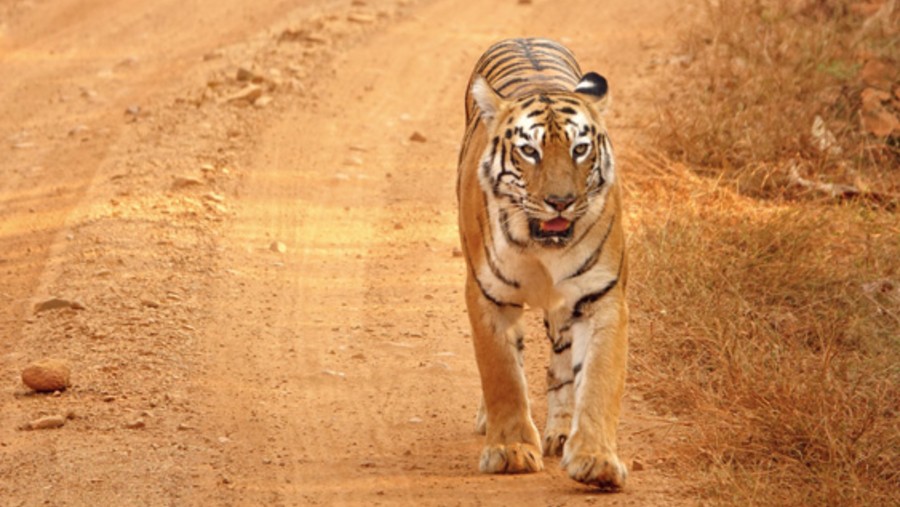 It was sheer bad luck on March 19, 2020, when I was planning to visit Dudhwa forest in Uttar Pradesh to sight rhinos. News about coronavirus grabbed the headlines. En route to Dudhwa, I was staying at a hotel, which also happened to be the venue of a party that was attended by a Covid-19 positive patient. Without harbouring second thoughts, I packed my camera kit and immediately returned to Calcutta.

Since the incident, I haven’t been able to visit any national park until last month. And what a way I celebrated my return to wildlife photography — the visit was to one of my favourite destinations, Tadoba National Park. I also wanted to explore a lesser-known tiger reserve in Maharashtra — Umred Pauni Karhandla Wildlife Sanctuary, which is about a one-and-a-half-hour drive from Tadoba. 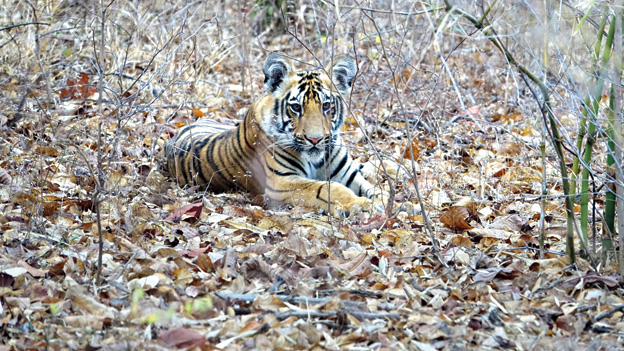 One of Maya’s cubs
Advertisement

The sanctuary is about 70km from Nagpur and the forest is somewhat connected with the Tadoba Andhari Tiger Reserve, though not directly accessible. The sanctuary is home to tigers, the sloth bear, herds of gaur, wild dogs and a few lesser-known finds, like the flying squirrel and the honey badger. 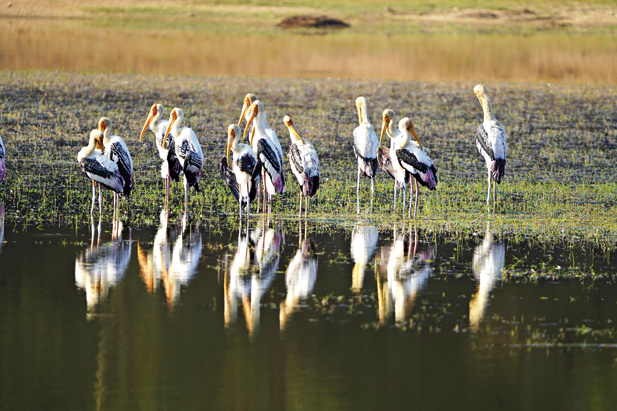 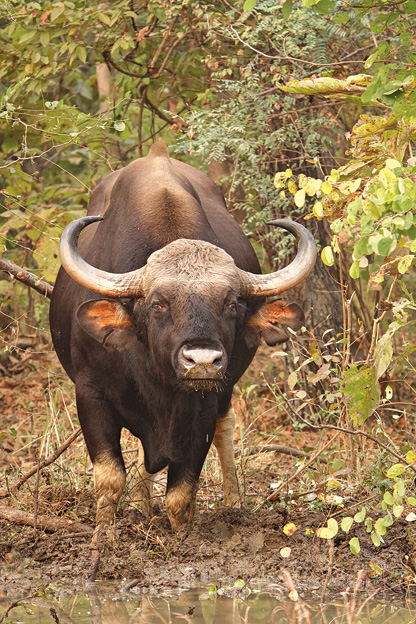 Gaur or, as many call it, the Indian bison
Advertisement

We arrived late at night but we couldn’t wait to start the safari, which was only a few hours away. The weather was cool and the sky, clear. But the leaves were still moist with dewdrops or the light shower that took place at night. The sight of the tree just outside the entry gate was enough to take the camera out as a couple of scops owls were on it. 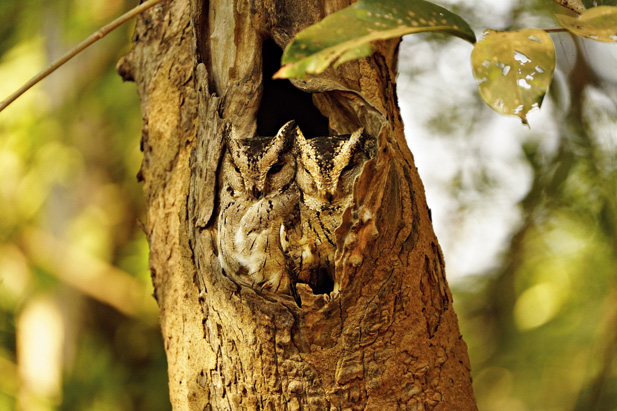 A pair of scops owl and
Advertisement

The sanctuary has three entry zones — Karhandla, Pauni and Gothangaon, covering the buffer and core zones. Luck favoured us as we were greeted to the sight of a male tiger — Surya — as soon as we entered through the Gothangaon gate. We stalked the tiger for around 10 minutes and as other safari vehicles started following us, Surya went inside the forest.

The road skirted a meadow. Soon our driver pointed to a herd of chital near a shrub. Turning off the car’s engine, we slowly rolled towards the herd and came to a silent stop, with a few feet separating us. For a few seconds, the herd of chital stared at us but then resumed feeding. Soon, we began moving towards a different zone. 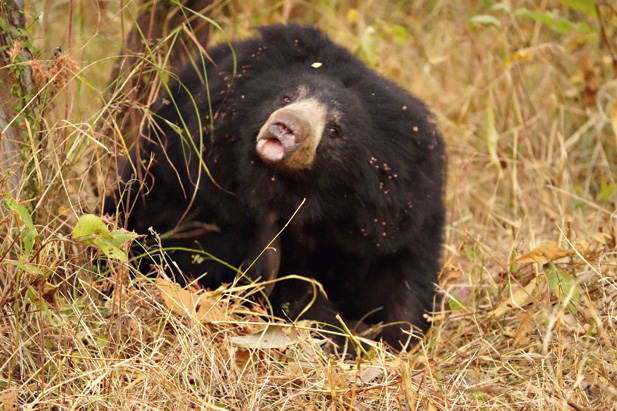 During the next two visits, we were not lucky enough to sight tigers but had a rare chance to encounter a family of sloth bear. The massive creature was literally a few steps away from the safari vehicle and we could hear it snuffle in the wild bush. Since the animal was just in front of us, I decided to change my camera lens. The sound of the shutter made the bear look up. Wildlife experts and forest guards keep reminding us that the sloth bear can be dangerous and people who survive sloth bear attacks learn to respect and fear these animals. The thought crossed my mind but personally, I don’t think it deserves such a reputation. 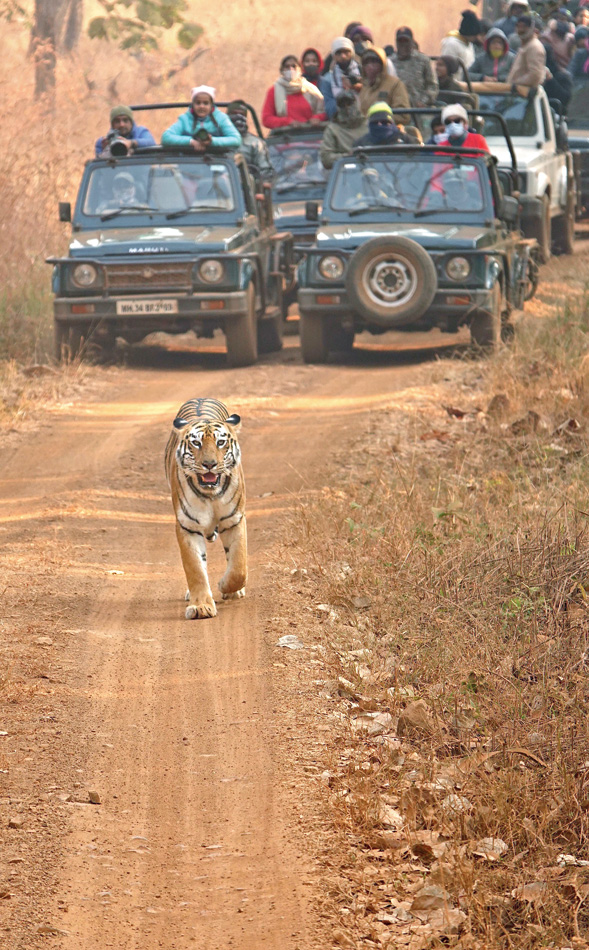 Putting up a show

After spending two nights at the sanctuary we started for Tadoba where we stayed another two nights. Tadoba has always been a favourite destination and even this time, it didn’t disappoint. The tigress Maya was there with her cubs. We tracked Maya during the next two visits. And at one point of time, she, well, “posed” for the camera. She was in full view for around 45 minutes, giving all photography enthusiasts enough time to get some good shots.

One interesting sighting during the trip was that of Chota Matkasur, a male tiger, just outside the meadows, near the entry gate of the buffer zone. Except in Maasai Mara, I have never come across such a sighting as the tiger was near the place where we were staying. Amazing! 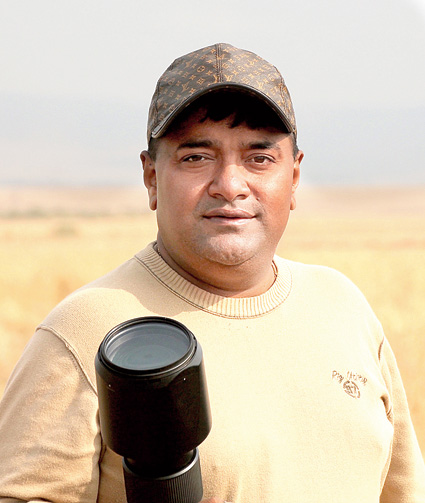 Shiladitya Chaudhury is a communication consultant and a restaurateur with brands like Oudh 1590 and Chapter 2. His passion for wildlife photography takes him to the remotest of jungles