Travel the world at a click of a button

Technology-aided virtual travelling lets you explore and see places that have probably been on your bucket list, without spending a dime, of course while not being able to be physically there 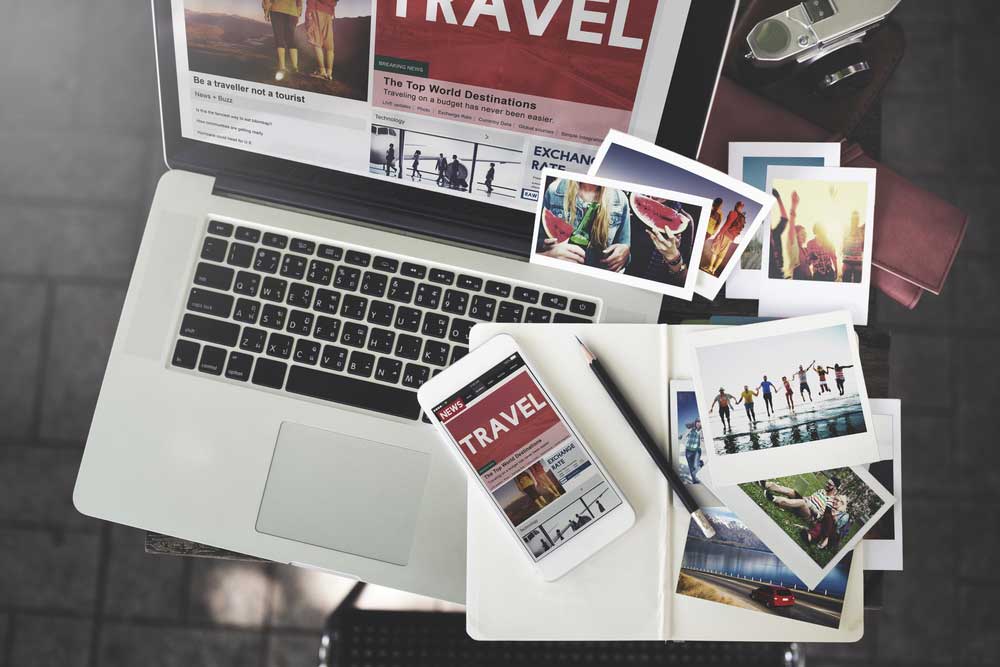 You can now go on a virtual tour and immerse yourself in the experience of viewing 360° photos and videos until life goes back to normal and you are able to visit the places of your dreams again. It’s a bonus if you have a pair of VR headsets!
(Shutterstock)
Nandini Ganguly   |   Published 09.06.20, 06:35 PM

Many of us are sulking about our cancelled holidays due to the ongoing pandemic. And while international travel seems like a distant dream at this point of time, it doesn’t quite mean that you can’t fulfil your vacay dreams. All you need to do is sit back, relax and let your mind go on a refresh mode by clicking a button on your smartphone.

You can go hiking at the Great Wall of China, explore the pyramids of Egypt or feast your eyes on the Northern Lights in Finland. What this means is that you can now go on a virtual tour and immerse yourself in the experience of viewing 360° photos and videos until life goes back to normal and you are able to visit the places of your dreams again. It’s a bonus if you have a pair of VR headsets!

We picked some of our favourites.

If Japan has been a country you have always wanted to travel to for its vibrant neon lights, fascinating geishas or historical spots, then check out the 360° virtual movie titled Japan — Where traditional meets the future by the Japan National Tourism Organisation. This gives you a virtual experience like no other. Be it taking a closer look at the Tokyo Tower, modelled on Paris’s pride Eiffel Tower, or walking amidst the dense bamboo grove in Kyoto, picking a plate of sushi up from a sushi conveyor belt, or being a part of an intense sumo wrestling match. The video truly gives you a peek into Japanese landscape, people and culture.

Aura of the Aurora Borealis

If the Northern Lights have always piqued your interest, you can now cross your fingers and try your luck at seeing them dancing in the sky through a live cam, thanks to the Polar Bears International and Explore.org. Thanks to only a couple of hours time difference between us and the Manitoba region in Canada where the live cam is placed, you can head to your terrace, pick a comfortable spot for the perfect ambience, switch the video on and immerse yourself in a magical world.

There are few perspectives that “tourists” ever get to see. For example, the Mount Everest as is seen from the perspective of trained mountaineers. In Climbing Everest with Ant Middleton — part of a docu series by a British television network — you get a peek into what goes on before one begins his/her journey towards climbing the highest mountain in the world.

A trip to the coldest continent on earth

Antarctica may not be within easy reach for most of us, thanks to its extreme climatic conditions but because of AirPano, you can appreciate nature’s wonder that the southernmost continent of the Earth is. The riveting 360° video is divided into two parts that take you through the journey of the mountains, Antarctic Ocean and the majestic beauty of the glaciers and icebergs. The adorable inhabitants of the region like penguins, too, appear in the videos.

If paragliding has been on your bucket list, then take a tour on AirPano — a project that was started by Russian photographers with the aim of producing high-resolution images and videos from all over the world. We virtually travelled to southern Russia, to the alpine resort of Rosa Khutor.

With the camera attached to an instructor who is considered to be one of the best acro paragliding pilots in the world, just watching the video will give an adrenaline rush. Here, you fly over snow-covered peaks and do some insane acrobatic moves, before finally touching base after four-and-a-half-minutes of exhilarating activity.

The one with all the answers

There’s always Google to the rescue, more specifically so in this case. Google Earth lets you explore nearly 30 UNESCO World Heritage Sites digitally. What you need to do is download the Google Earth app on your phone and you are all set for a vacation around the world. You can soak in the beauty and understand the significance of cultural and historical sites, ranging from the Towers of Angkor Wat to the Great Sphinx of Giza, Cathedral De Sevilla in Spain to our very own Taj Mahal.

This app is a Pandora’s box which unveils a plethora of options. One moment you are in a national park and the next moment you are watching pretty pink cherry blossom trees around the world.

We also loved looking at some of the most iconic streets from New York’s 5th Avenue to the buzzing Khao San Road in Thailand’s Bangkok. If you haven’t explored the app yet, now would be a good time.

A brush with history

Created by Sygic Travel VR, this 360° virtual tour lets you soak in the sights and sounds of the holy Old City of Jerusalem. Released in the later half of 2019, One Day in Jerusalem makes you feel like you are in the midst of historical sites like the Western Wall, Church of the Holy Sepulchre and Chapel of Crucifixion. Apart from these, the video with descriptive narrative takes you through various markets, giving you a glimpse of things that are sold at those places, like spices, food and souvenirs.

Bridging the gap between space and earth

One of our favourites that we keep going back to is the first ever 3D virtual reality film shot in space named One Strange Rock. A National Geographic production, the sensory journey through this two-year-old video gives you a peek into an astronaut’s life in space from a close proximity. Quarantine or not, this is as close as you can get to the space!

You can go on an underwater adventure and swim with dolphins, sharks and Manta rays by diving deep into the ocean with award-winning Mexican marine biologist Erick Higuera in a 3D virtual reality experience. A BBC Earth production, Our Blue Planet gives you a tour of the underwater world, complete with spatial sound for a more immersive audio experience. Don’t forget to put your headphones on because this experiential video is quite calming.