In Kashmir, take in the spectacular mountain views, taste the fabulous food or play a round of golf 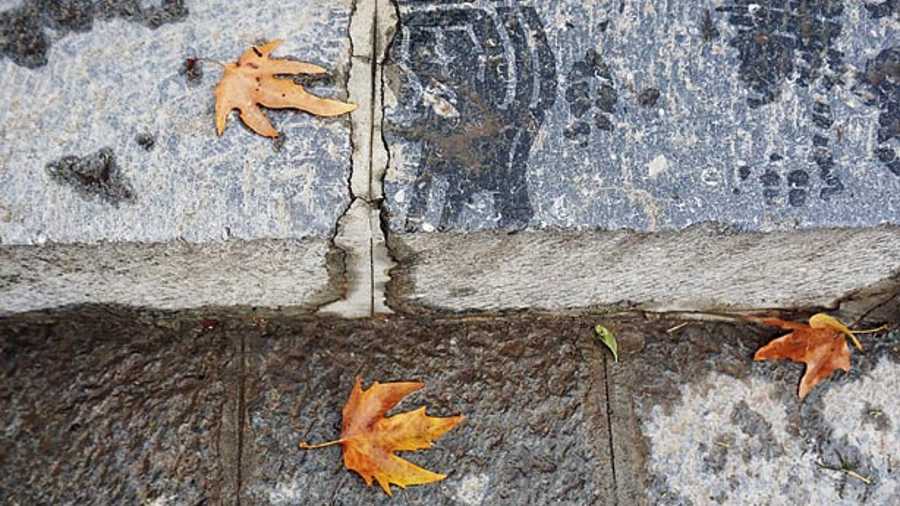 As a family we are travel buffs, and the pandemic has made sure we value and cherish each holiday to the utmost. I am the official family photographer and researcher. So, I name most of our holidays. This was our second trip to Kashmir as a family and I call it ‘Chinar Chimes’. I cannot but quote the immortal poet Amir Khusrau to begin my travelogue because it is the undiluted truth: “If ever there is Paradise on Earth/It is here! It is here! It is here!”

Personally, I love the mountains and meat, and very few places in India come close to Kashmir when these parameters are concerned. We typically wanted to keep our bases as Srinagar, Pahalgam and Gulmarg. Not only were they tried and tested, but a lot of research and reading were added this time. There are no direct flights to Srinagar from Calcutta. So, one needs to travel either via Delhi or Chandigarh. (At the time when we went, we needed to either do RTPCR tests within 48 hours of travel, or undergo the Covid antigen test at Srinagar airport.)

What awaited us were dollops of warmth and perfect low temperatures. Kashmiris are one of the warmest people that I have come across. My daughter Saira was treated like royalty because of her Urdu name. We were booked at the Taj Vivanta in Srinagar. There are lots of luxury as well as budget options in Srinagar, both hotels and house boats on the Dal Lake.

We landed in Srinagar post-noon and the foodie in me was craving Wazwan cuisine. Our driver Javed bhai introduced us to Ahdoos, a gastronomical paradise where we experienced a typical wazwan meal consisting of rice, (mind you, unlike their neighbours, the Punjabis, who are roti eaters, Kashmiris share the Bengali love for rice) followed by what was a culinary extravaganza — a combination of lamb meat pounded into a paste and succulent mutton in white and red gravies, respectively, seasoned with authentic aromatic spices, predominantly aniseed (saunf). The only vegetarian items were saag, Yakhni Nadru and Kashmiri aloo dum.

The Indira Gandhi Memorial Tulip Garden in Srinagar is a must-visit; a tulip festival takes place in mid-April. Srinagar is also a

city of Mughal gardens such as Chashma Shahi and Shalimar Bagh. We visited Nishat Bagh on the banks of Dal Lake. It is a mughal garden built on several levels. October is the month of fall. It was a visual celebration of vibrant flowers roses, geranium, asters, chrysanthemums and dahlias.

We had decided to visit the Hazratbal mosque and the Shankaracharya temple not because we are religious but to introduce Saira to both cultures and shrines of historical importance. The view of Srinagar from the hilltop at the Shankaracharya temple is magnificent but the climb is steep. A shikara ride was a top priority. Thanks to the plethora of Bollywood films that have been shot on the Dal Lake, one can imagine oneself as Kashmir ki kali here. A steaming cup of kahwa with honey and almond at the floating garden is a delight. The Dal Lake is integral to Srinagar, the serene waters a piece of tranquility.

How can a holiday be complete without some retail therapy? Ali Shah Carpets is the best and the oldest workshop-cum-retail outlet for pashmina, shahtoosh and Kashmiri handicrafts like walnut wood furniture and carpets.

We had enough of old Srinagar and my bucket list had one remaining thing to be ticked off — a new-age tea room, Chai Jaai. This is a quaint remodelled old bungalow turned cafe. We ordered some more kahwa, Uzbek naan and harissa.

Harissa is yet another mutton snack topped with some charcoal, ghee flambe. This was followed by a drive around the Nigeen Lake.

Our next destination was Pahalgam, and on the way we had to experience the apple orchards. The apple trees were ready with fresh juicy fruit. The orchard owner let tourists pluck and eat them, even if they don’t buy them.

It was a unique experience for hardcore city people who are stuck at home in front of their laptop — the drive is not even two hours long but picture perfect. The chinar makes way for walnut and pine trees.

We stopped briefly at Pampore, the saffron town in Kashmir. Saffron, or kesar, is Kashmir’s answer to gold and almost as exotic — the fragrance is ethereal. The Lidder river welcomes you like a chatty bunch of children. The air is pristine and the greenery actually transports one to jannat — heaven. One can only feel it and pray for peace and solidarity in this strife-torn state.

ITC has a beautiful property very close to the golf course. To be honest, golfers who haven’t played at the golf course at Pahalgam are really missing something. We were very lucky to have played at one of the most picturesque and tightest golf courses in the world. A week later, it was completely under snow.

The centre of Pahalgam resembles all other hill stations. It’s dotted with curio shops and those selling garments and colourful woollens. There is also that mandatory softy corner with a friendly old man that reminded me of characters out of Enid Blyton.

Pahalgam is a green undulating valley spread across both sides of the River Lidder. Its beauty is unparalleled. The J&K Tourism Development Corporation has extremely functional huts and The Pahalgam Hotel is located right on the banks of the Lidder. Fresh trout, which is available in most eateries, is to die for if you are a fish lover.

There are several day trips one can opt for from Pahalgam, like the Aru and Betaab valley and Chandanwari. The adventurous can try going on horseback. Pahalgam has a leisurely feel to it, transporting you to lullaby land. Thanks to the Bengali tourists, the Kashmiri ghorawallas can speak bits and pieces of Bangla too.

The drive from Pahalgam to Gulmarg takes around three hours and it is heavenly. As one drives uphill, one can feel the temperature dipping, the fresh aroma of pine trees and finally the tryst with the snow-clad peaks of the Himalayas. The virgin beauty of the little town in the Baramulla district puts Austria and Switzerland to shame.

Here we made a very interesting halt. A Dutch gentleman called Chris Zanadee has gathered some local Gujjar cowherds and started his own boutique cheese factory, churning out some artisanal Gouda cheese. This Kashmiri Gouda tastes somewhat like mozzarella. We were lucky to meet Chris Zandee himself, who made us taste some exotic cheese paired with Himalaya honey and Kargil apricot jam on crackers. Do visit Himalayan, where most of the workforce comprises women.

Gulmarg is a popular skiing destination in winters. The cable cars known as the gondola service took us to the peaks, but the new tourist attraction is the ATV (all-terrain vehicle). We wasted no time to experience the adrenaline rush. ATV rides are available from popular hotels like The Khyber Himalayan Resort & Spa and Highlands Park. We had not had so much fun in a long time.

The three days in Gulmarg are etched in our memories with glow signs. The warmest hugs can keep the lowest temperatures at bay. We were basking at 7°C. The sun was having a field day, sparkling on the snow-capped peaks. It was almost surreal; one cannot but surrender to mother nature. The view of the lofty Himalayas is priceless. One just sits on the grass and absorbs the bountiful beauty.

The cable car or gondola ride takes you to the Kongdori Peak. It is breathtaking and we were lucky to find snow. The icing on the cake was the sudden hailstorm that we encountered.

One bids goodbye to Kashmir with an aching heart and prays that peace prevails because such beauty needs to be experienced and nurtured by everyone, not just by the defence forces with guns in their hands. This travel story is meant to urge all of you to explore the slice of heaven and encourage and show solidarity with those lovely people that live there.

P.S. The sale of alcohol is unofficially prohibited in Kashmir. So carry your own tipple.

“Kashmir has been more than a mere place. It has the quality of an experience, or a state of mind, or perhaps an ideal” — Jan Morris 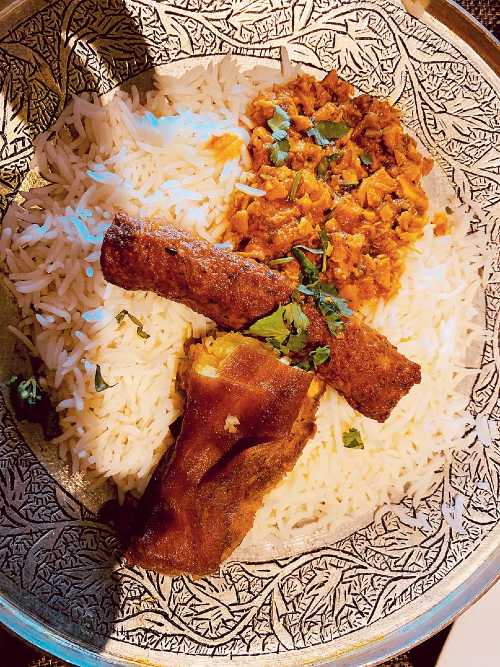 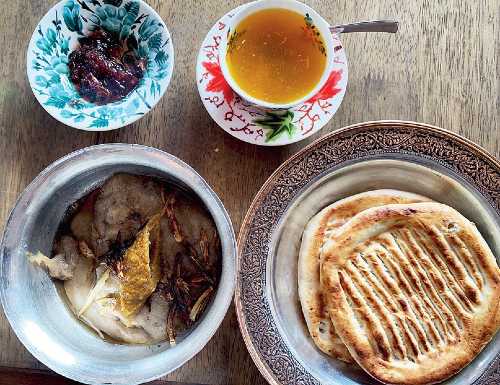 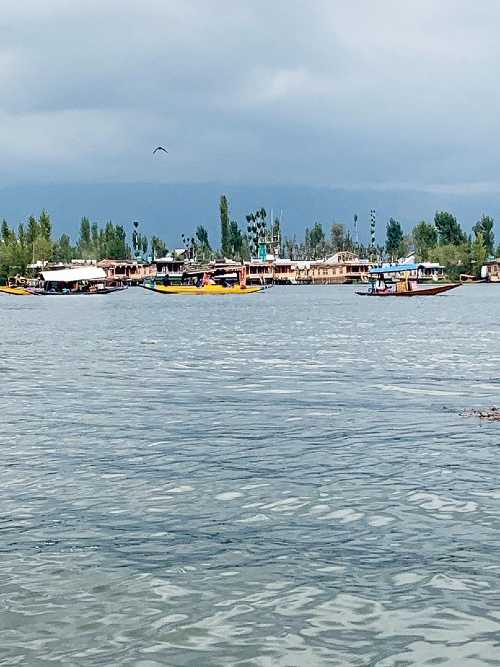 The Dal Lake is an evergreen attraction 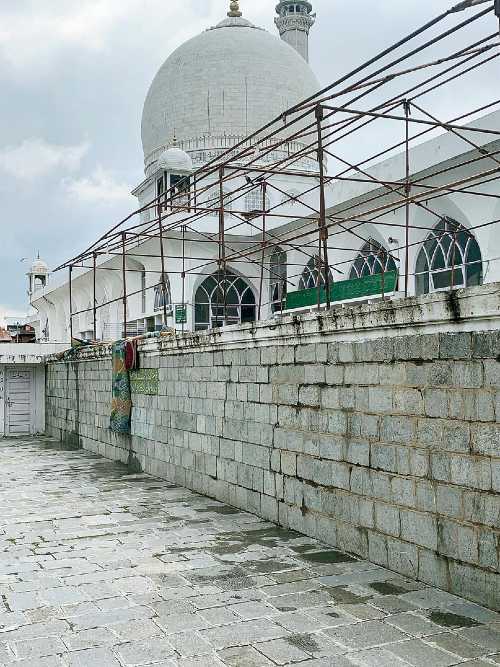 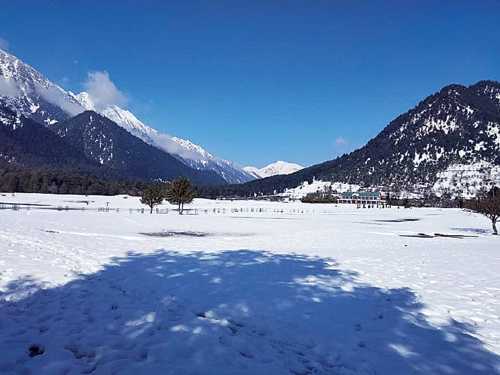 The Pahalgam golf course after it snowed 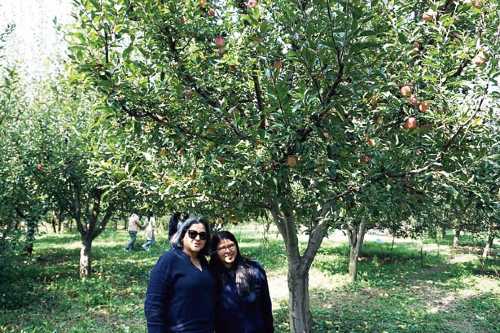 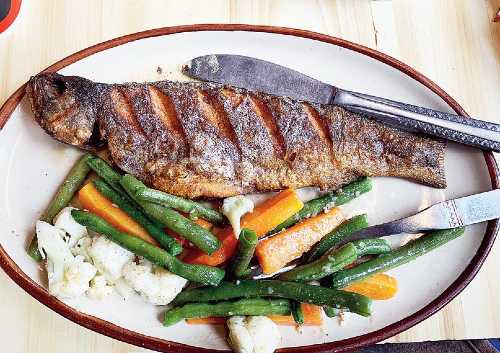 The fresh trout is to die for 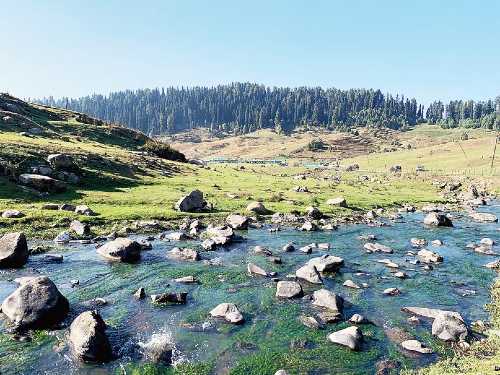 The pristine beauty of Gulmarg is unforgettable 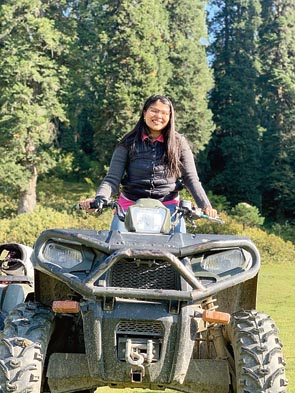 ATV rides are the in thing now 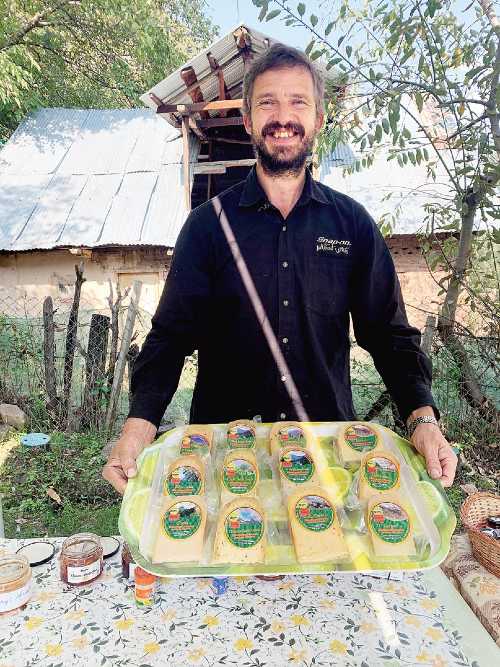 The author is a public relations professional and a travel enthusiast