Advertisement
Home / Culture / Travel / What you didn't know about Thailand

What you didn't know about Thailand

From chaotic markets to quiet canals, there is so much more to Thailand than just its golden beaches 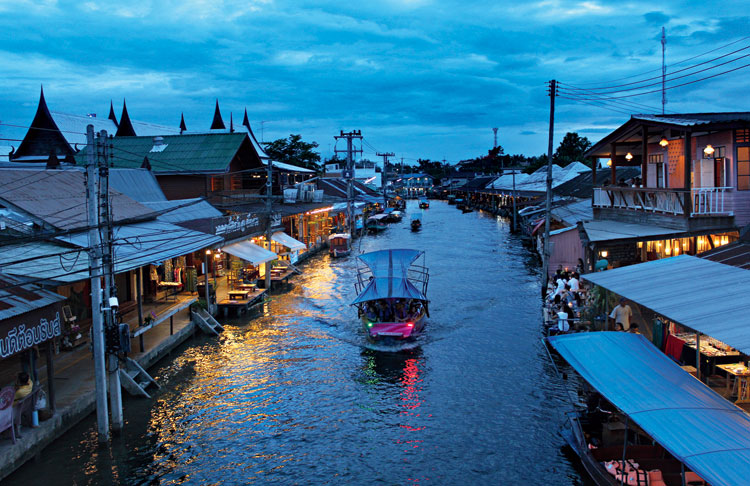 If you go off the beaten path of beaches and vibrant nightlife, Thailand reveals a different side to itself, one that is out there for all to behold but rooted in the mundane. We landed in the Land of Smiles on a hot and humid Saturday not too long ago, for a three-day trip hosted by the Tourism Authority of Thailand, New Delhi, in collaboration with Thai Airways International Calcutta. The three days passed in a blur, but left us with vignettes of a Thailand we hadn’t experienced before. 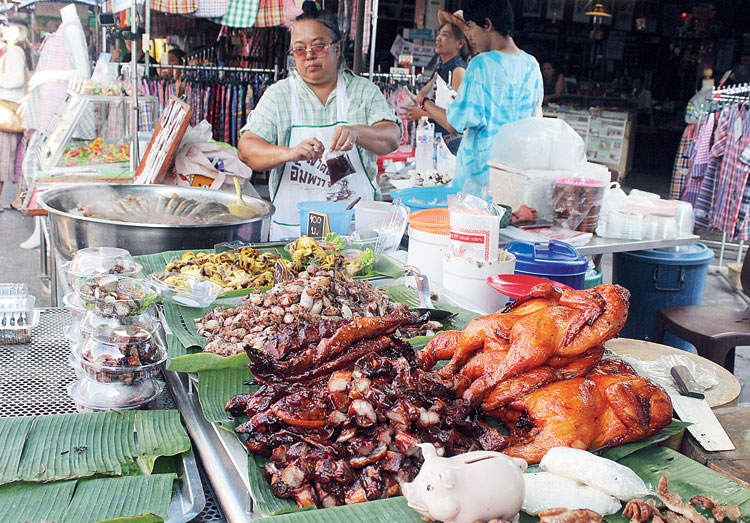 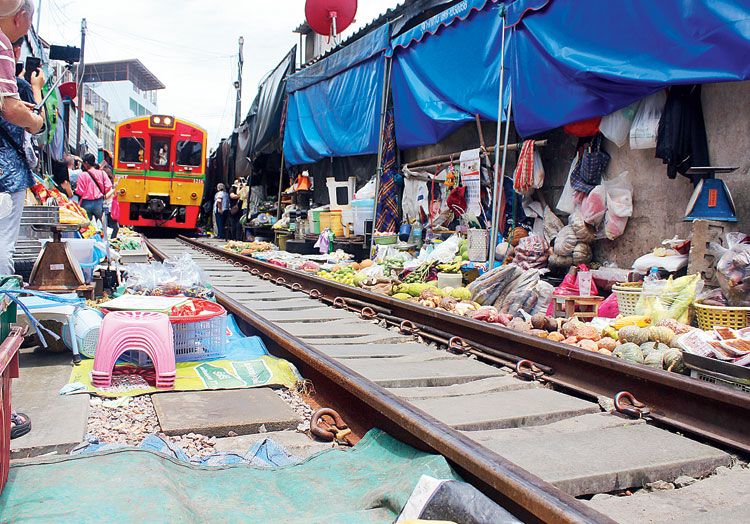 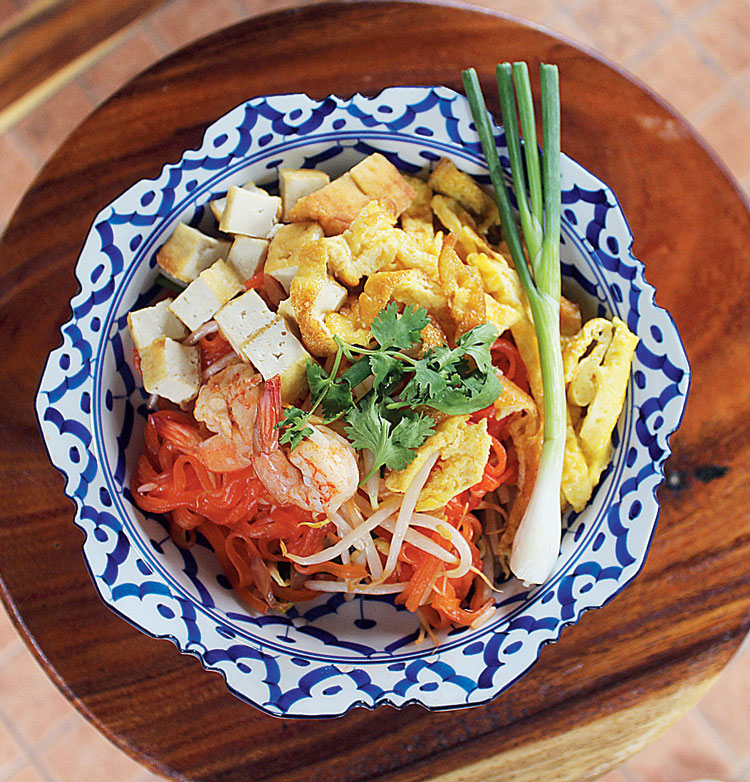 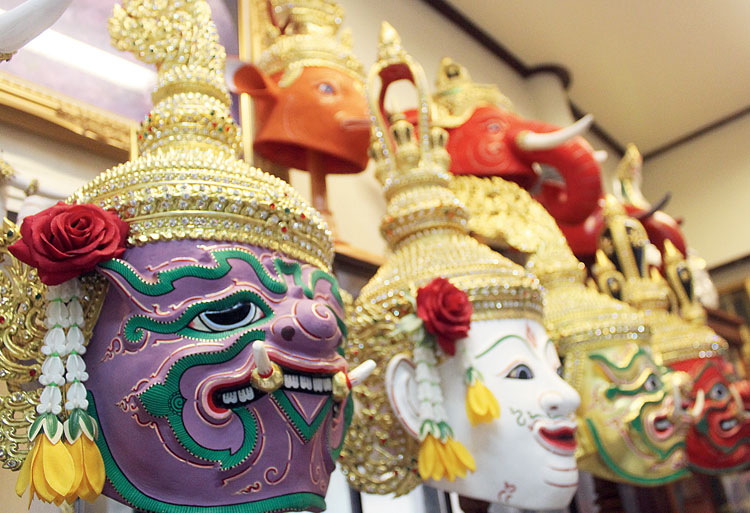 Ban Bang Phlap is a village near Amphawa, where a small self-sufficient community — also called Ban Bang Phlap — founded 15 years ago is involved in organic farming and works with traditional food-based methods, like making coconut palm sugar and using vegetables to make sweet eats. The residents also educate people from different communities about sustainable living and job opportunities that can be created through self-sufficient means.

Taking in the rural landscape on a bicycle, walking through coconut groves and watching local people go about their business in Ban Bang Phlap is a refreshing change from the regular touristy activities. 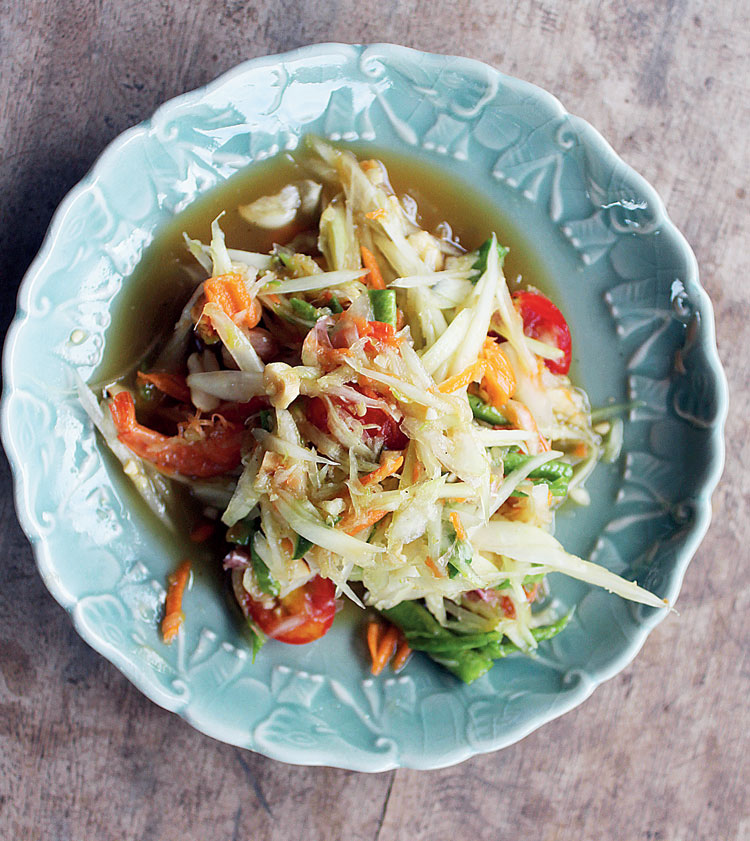 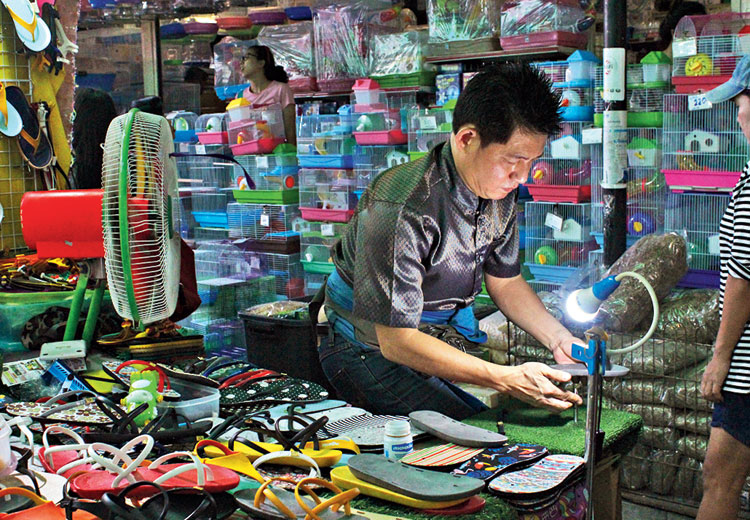 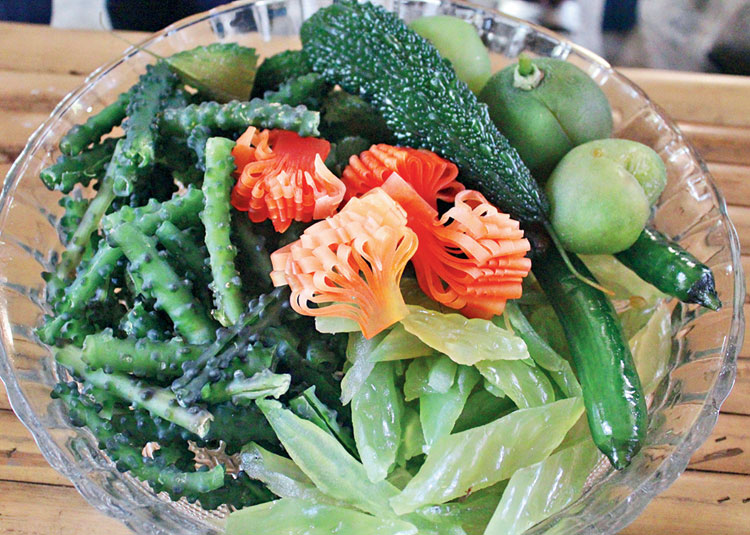 Armed with snacks and water bottles and accompanied by Chalarine, our gracious middle-aged tour guide, we reach the Samut Songkhram province after a two-hour drive from Suvarnabhumi Airport, Bangkok.

First stop for the day? A khon mask studio at Bhutesvara. The khon mask is a traditional art of mask painting that is integral to the classical Thai dance drama, also called khon. These masks are painted in bright colours with great detailing, and are worn by dancers as part of their elaborate costumes. The process involves adding layers of papier-mache to a plaster mould. When the mould is dry, the artist starts chipping away at it to give it a facial form, with the features outlined in gold leaf and then adorned with faux jewels.

The masks are divided into different categories — like demon, human and animal — and their significance lies in the depiction of the characters.

Checking out the stunning craftsmanship and talking to local artists who have been mastering this form for years is a morning well-spent. Pick up souvenirs like khon masks, keychains and wall-hangings in the shape of the masks.

Famished and exhausted, we are ready for some traditional Thai lunch, served in beautiful Bencharong crockery.

Samut Songkhram province, where the village of Bangchang is located, is home to this famous form of crockery. Made of ceramic, this is an example of traditional Thai craftsmanship that uses intricate designs and stunning colours.

In beautiful Becharong bowls, the ladies of the Bangchang family — who are a part of a self-sufficient village community — pour heaps of Pad Thai, Som Tam and Mango Sticky Rice. The salad, made right in front of us, and the rest of the course are as filling as it is fresh.

Satiated, we check into the rustic and serene Kanokrat Resort in Amphawa. But we aren’t done for the day yet.

At sundown, the Amphawa canal takes on a surreal blue, with the yellow light from the souvenir shops lining it, casting golden ripples on the water. There are boats ferrying passengers across the canal; some of them sell local food as well. Sitting at one of the shops sipping coconut water and watching the activity around as the sun sets is a great way to wrap up a day. The ambience here is laid-back and lets you soak in the sights, smells and simple pleasures of life.

The Amphawa market stretches beyond the canal with shops selling knick-knacks and clothes, but mostly food and of the most bizarre kind. A foodie’s paradise for sure, but foodies of the brave kind.

We pick one of the restaurants by the canal for a dinner of Shrimp Shushee (shrimps in a dry red curry), traditional desserts such as Tong Yib, Foi Thong, Thong Yod and Pla Kra Pong Samunprai, while listening to a live band.

“Getting lost in Bangkok” is easy-peasy. We recommend the massive flea market of Chatuchak for it. The narrow bylanes, cramped aisles, rows and rows of shops... the Chatuchak Weekend Market is probably the size of a football field or more! Clothes, knick-knacks, fresh and dried food, plants, home decor items… after spending half a day — and probably covering only one-fourth of it — one can safely say that it does put our New Market to shame. Chatuchak Weekend Market is one of the largest markets in the world spanning 27 acres, divided into 27 sections, holding more than 10,000 shops.

The organised chaos of Chatuchak may be a study in contrast to the quiet of Amphawa but together they make up the rich and diverse land that is Thailand. 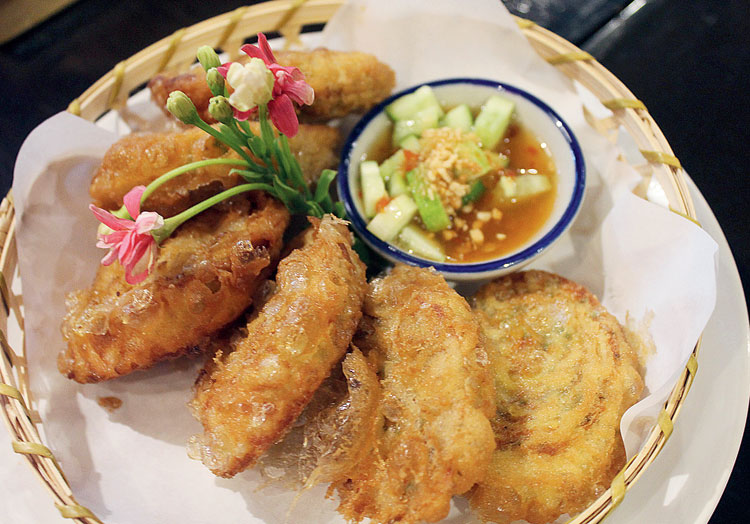 Tod Man Tong Muan is a fish cake dish that comes with a sweet-and-sour dip on the side at Talling Pling
Picture: Nandini Ganguly

On our way to Bangkok from Ban Bang Phlap, we stop by Talling Pling, a Thai restaurant in the Sukhumvit area. It’s family-owned and the interiors are done up with cartoons drawn by the man who had started the restaurant around 30 years ago. The decor is modern and the food is deliciously traditional. The hot and sour Tom Yum soup is followed by fish cakes called Tod Man Tong Muan, Spring Rolls and Massaman Curry.

Post-lunch, we check into Mercure Bangkok Sukhumvit 11, in the bustling upmarket area of Soi 11 in Sukhumvit, our address for the day and a half.

The evening is spent at Calypso Thai Restaurant, where the speciality is to have food while watching Ramakien, a Thai dance drama based on the Ramayana.

They have a set menu here, again traditional Thai, bursting with flavours and with lots of options. We dig into Chicken Satay and Green Curry, before taking a stroll around the open-air mall, Asiatique The Riverfront.

This market is an alarming sight for the first-time visitor, for a train runs right through the middle of it all — not once but eight times a day!

Vendors squat on either side of the rail tracks, their wares stopping short of spilling on to the train’s path. There’s a warning bell that goes off to alert the arrival of a train; in an instant, everyone clears out of the path along with their stuff, only to resume their spot once the train has chugged away. Some of the shopkeepers let it be, so sure are they that the train’s metal wheels will not touch their wares. Everything happens so calmly and with such clockwork precision that it’s difficult to fathom it could be a matter of life and death. The train runs so close that you can almost touch it or even shake hands with the engine driver, or “captain”, as they are called.

Check the railway schedule before you plan a visit to the market. 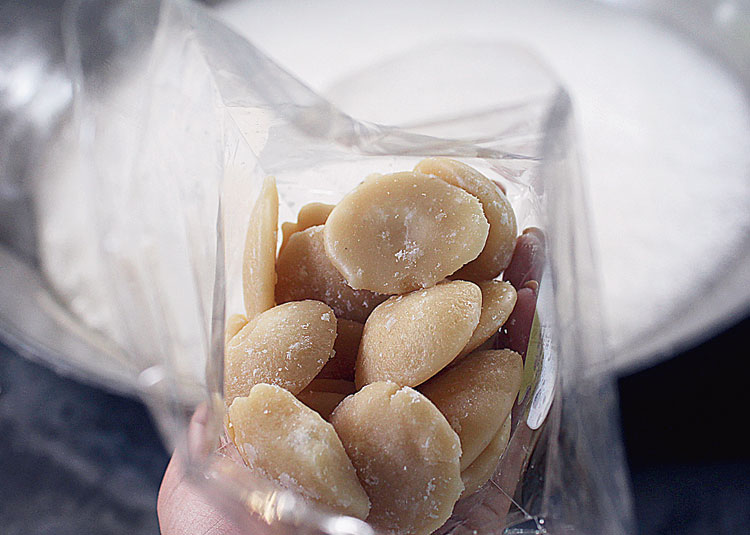