Advertisement
Home / Culture / Travel / A look at Adelaide, which was ranked the third most livable city in the world

A look at Adelaide, which was ranked the third most livable city in the world

Here’s the Australian city by the alphabet, as discovered by The Telegraph on a recent trip Down Under 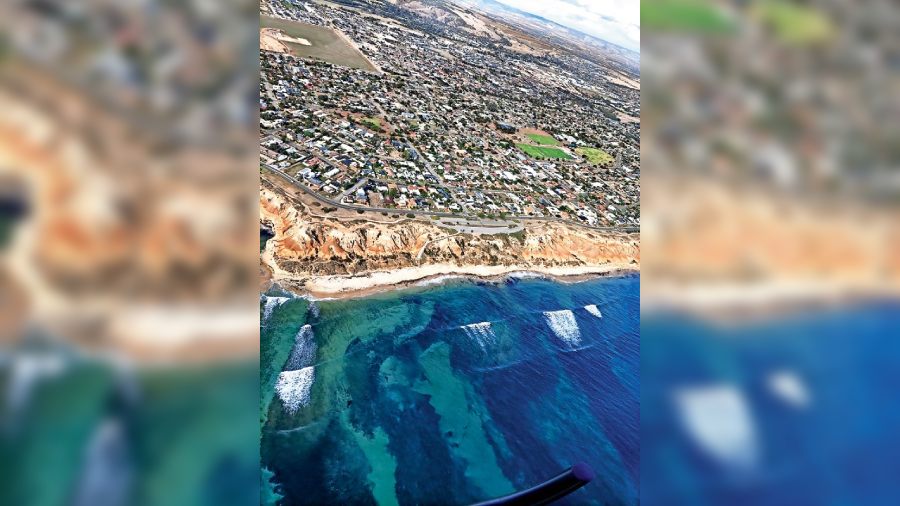 Adelaide will have you at ‘hello’. A bustling mix of art, culture, events, vibrant food and nightlife scene and a gateway to some of Australia’s best wine country, this south Australian city has something to offer to every kind of traveller. My experiences in Adelaide included a taste of almost everything that the city and its surroundings are best known for, that I have attempted to articulate in this glossary.

Art and culture form a huge part of Adelaide’s DNA. The Art Gallery of South Australia, the most significant visual arts museum in the state, has a collection of almost 45,000 works of art, making it the second largest state art collection in Australia, after the National Gallery of Victoria. I spent the better part of an afternoon here, browsing through the invaluable art on display and some stupendous installations.

South Australia’s award-winning wine region is both a weekday and weekend getaway for locals and tourists alike. Located about 60km from the city centre of Adelaide, Barossa Valley, with its expansive vineyards, makes for a picturesque drive. And then, of course, is the wine, with the Valley being famous for its red wine, in particular, its Shiraz. It tastes divine.

A chilly morning found me at the Adelaide Central Market, one of the oldest markets in Australia. After a quick breakfast in the market itself, I spent a couple of hours walking through it, lost in the sea of colours made up of  fresh food, including fruit and vegetables, meat and poultry, seafood, various types of cheeses, baked goods and health and beauty products, among others.

The Adelaide Central Market, with its cafes and eateries, attracts upwards of 8 million visitors every year, with many tourists signing up for its various tours like the ‘Early Risers Breakfast Tour’, ‘Delicious Lunch Tour’, ‘Adelaide Central Market Highlights’ and so on, designed by noted food expert Mark Gleeson.

No trip to Adelaide is complete without a drive down to d’Arenberg Cube. The five-storey building resembling a Rubik’s Cube is located in the wine region of McLaren Vale and was built at a whopping cost of $15 million.

I spent a morning touring the architectural wonder that  features a restaurant, a wine-tasting room, a virtual fermenter, a 360-degree video room and the Alternate Realities Museum, which features numerous art installations, including a surrealist exhibition and sale featuring 25 authentic Salvador Dali bronze sculptures and graphic artworks. Top tip: just walk into the quirky men’s restroom. Yes, ladies are allowed!

An evening in Adelaide found me walking into Eleven for dinner. A French-inspired modern Australian restaurant, Eleven’s cuisine scores high on quality and taste. What got me even more excited is the fact that Eleven is owned by Callum Hann, a star contestant of MasterChef Australia, who hails from Barossa. The best bit? Callum was in the house that evening!

A South Australian delicacy since 1948, these sweet delights consist of a cube of dried apricot and peach paste, coated in milk chocolate. Biting into one transports you to toffee heaven.

While wine will always continue to dominate, gin is the new drink of choice for a large part of the young population Down Under, as it is increasingly for the world. My time in Adelaide saw me headed to two gin distilleries for a peek at the process and, more importantly, to down some really delicious varieties of gin.

Coming back from Adelaide without a packet (or more!) of Haigh’s Chocolates is sacrilege. A bean-to-bar chocolate-making company, Haigh’s has been a favourite since 1915. Their most popular variety is the ‘Frog Collection’. I walked into a store and had to really pull myself out!

One of Australia’s most well-known cricketers, Ian Chappell was born and brought up in Adelaide and continues to be a favourite there. And well, we aren’t mentioning his infamous brother for obvious reasons!

Known as much for its jams and jellies as it is for its wines, the region is home to the world-famous Beerenberg Jam, made at Hahndorf, about 30 minutes away from Adelaide. Their Australian Strawberry Jam, whipped up in the farm kitchen using a traditional home recipe, is a bestseller.

As I drove into Adelaide from the airport, I was told that besides Haigh’s, a must-try for me in the city was the King George Whiting. Prized for its sweet, delicate flavour, many consider this as Australia’s best table fish. Delish is the word!

With my trip to Adelaide focused on food and wine, dining at some of the city’s best restaurants was a given. Leigh Street Wine Room located in the heart of Adelaide is both a culinary and visual delight, that aptly describes itself as ‘a mishmash of wine-art’.

I walked in swearing to go alcohol free that evening, but hey, this is called ‘Wine Room’ for a reason!

Included within the ‘Great Wine Capitals of the World’, McLaren Vale, a

45-minute drive from Adelaide, is one of the best-known wine regions in the country. More than 88 cellar doors now operate in McLaren Vale, with the majority being small family-run operations and boutique wineries. My best time in Adelaide was spent at McLaren Vale, sipping on some heavenly wine and staring at the verdant vineyards and rolling hills. Best known for Shiraz, McLaren Vale also excels in the production of ultra-premium Grenache and Cabernet.

Located in McLaren Vale is the Never Never Distilling Co. that I spent an exciting afternoon at. The brainchild of ‘three mates’ whose shared ambition to create an exciting and innovative gin brand gave rise to Never Never, this picturesque piece of gin haven allows you to sip on some delish varieties. I participated in an elaborate gin-tasting session and couldn’t resist buying a bottle of their Southern Strength Gin to bring back home.

One of Adelaide’s principal landmarks is the Adelaide Oval, home to both cricket and football. Three flights and 24 hours of travel later saw me reach Adelaide and immediately head to the Adelaide Oval for their unique roof-climb experience. That entails a nearly two-hour walk on the roof of the stadium, taking in the stunning sights of the city. Added to that were some incredible stories from my guide, including one of watching Adele perform at the Oval below while on a roof climb!

Pie Floater is as much a part of the fabric of Adelaide as the Oval. Essentially a beef pie floating on a bed of pea soup, this is an  iconic South Australian street snack dating as far back as the 1870s.

Quirk is a trademark of Adelaide, seen in the breathtaking murals across the city and even in some of its modern architecture. And nothing spells quirk more than the d’Arenberg Cube!

Rhubarb is a staple in many a South Australian dish. My walk through the Adelaide Central Market threw up this tart-flavoured vegetable both in its raw form as well as an ingredient in juices, sauces, chutneys and so on.

Among one of Adelaide’s famous residents is singer-songwriter Sia, who was born and brought up in the city. For MasterChef Australia fans, Sashi Cheliah, the Indian-origin winner of Season 10, lives in Adelaide and owns Gaja by Sashi, one of the city’s most popular restaurants.

The most significant river of the Adelaide Plains contributes to the city’s aesthetic value, and biking by the Torrens is a favourite activity of locals and tourists alike.

Up in the air:

My tour of McLaren Vale was made even more memorable by a scenic helicopter ride, courtesy the good folks at Helivista. The ride included breathtaking views of the region’s vibrant vineyards and sparkling coastline. I have done quite a few across the world, but this was one of the most gorgeous heli rides ever!

Victoria Square is the beating heart of Adelaide and is home to public buildings, significant landmarks and retail spaces.

Can any conversation about Adelaide not have wine mentioned at least a couple of times? My time in the city saw me drink almost as much wine as water. No complaints about that! The Riesling was by far my favourite.

Adelaide’s X-factor lies in the fact that it is a seamless mix of bustling and laid-back, giving tourists enough options to choose the kind of experiences they want.

This is the local aboriginal word for ‘sparkling’. Chateau Yaldara is an Australian winery located in the historic Barossa Valley.

Open throughout the year, the Adelaide Zoo is one of the city’s most iconic attractions. It is home to 2,500 animals and 250 species of exotic and native mammals, birds, reptiles and fish. And yes, it has pandas too!