This is just the right weather for a day out with friends. Here are places you can visit 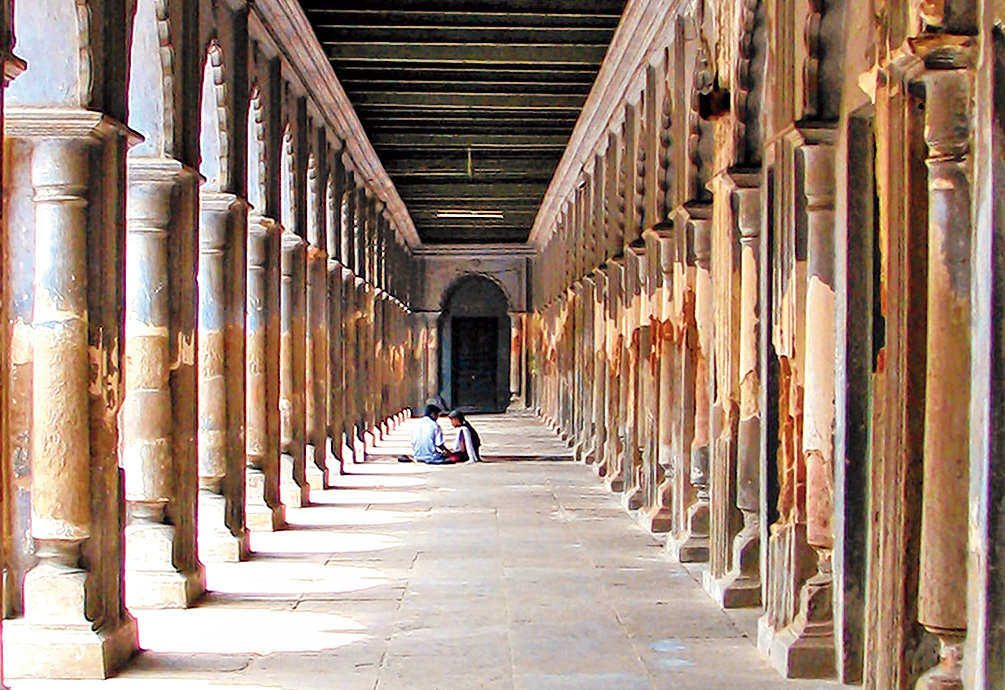 Learning quotient: A prime example of Islamic architecture in Bengal by the river Hooghly.

Imambara, a place where people assemble, was built in the memory of Hazi Mohammed Mohsin. The construction was completed in 1861. The magnificent dual towers has a huge clock — brought from London at a cost of Rs 12,000 — set between them. The towers offer a panoramic view of the river and town. There are fountains within the Imambara premises and a water tank full of coloured fish. There is a sun dial too. The large assembly room has a profusion of colourful chandeliers.

How to go: Take a train from Sealdah to Naihati. Then take another train towards Bandel and get off at Hooghly Ghat station. The Imambara is a short walk from the station. By road, it’s a two-hour journey from Calcutta.

The wildlife sanctuary near Krishnagar is one of the most biodiverse regions close to Calcutta. Visitors to the forest are taken on a guided nature walk by a forest guide who spots wild animals and birds and points them out. The sanctuary has feed-pits located all over and you can spot the deer and wild hogs here. There is also a Gharial (Indian alligator) Rehabilitation Centre where you can spot a healthy family of eight Gharials basking under the sun. A shallow lake within the sanctuary is a refuge for tortoises and herons .

How to go: There are regular trains to Bethuadahari from Sealdah and Calcutta. You can also hop on to any bus headed for Behrampur, Malda or Siliguri, all of them stop at Bethuadahari.

Learning quotient: The remains of the Danish colonial heritage by the Hooghly river.

The impeccably-restored Denmark Tavern is reminiscent of the Danish presence in the town of Serampore from 1755 to 1845, when it was known as Fredericksnagore, after the Danish emperor. In 1786, a British innkeeper, James Parr, started the tavern in Serampore and it became quite famous among Europeans. For years the building remained in ruins, its colossal staircase collapsed and a portion of it occupied by the police. The tavern was reinvented under the Srirampur Initiative launched in 2008 — a collaborative effort by the National Museum of Denmark, along with the state heritage commission and INTACH.

Take a walk to St Olav’s Church nearby, it too has been restored.

How to go: Take a local train from Howrah to Serampore. An auto or electric rickshaw will take you to the tavern. You can also take a ferry from Dhobi Ghat in Barrackpore to Serampore on the other side of the Hooghly. Local trains run from Sealdah to Barrackpore.

Learning quotient: The temples are a prime example of terracotta work typical of Bengal. There are other very beautiful temples in Kalna too, which you can visit if time permits.

The Nava Kailash or 108 Shiva Temples are situated in the town of Kalna, 81km from Calcutta and 60km from Burdwan. The temples are built in two concentric circles — 74 in the outer and 34 in the inner one — and were completed in 1809 by Maharaja Teja Chandra Bahadur. Due to its ingenious planning, all 108 shivlings can be seen from the centre of the temple complex.

How to go: It is on the Howrah-Katwa railway line and many express trains stop here on the way to Malda. You can also take a bus from Burdwan, Bandel, Krishnagar or Pandua.