In 'A Certain Strangeness', Ernst Leitz Museum in the German city of Wetzlar presents a selection of his photos 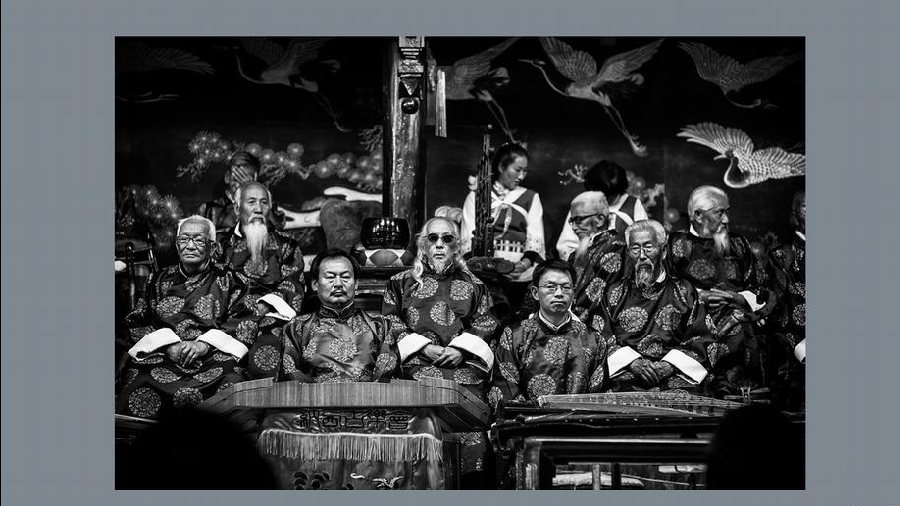 Hotel rooms are more or less the same all over the world. When a band travels the globe, monotony can set in no matter where the band is touring, be it New York, Tokyo, Berlin or Sydney.

Andy Summers, born in 1942, joined the band The Police in 1977. The group had just been founded that year by Sting and Stewart Copeland, but it quickly catapulted to fame, with one tour following the next. On the one hand, that was exciting, on the other, it was more of the same over and over again — apart from performing on stage and the fans, there were endless tour buses, airplane cabins and hotel rooms.

But the musician Summers, whose guitar riffs shaped the sound of The Police, kept busy with something else he was passionate about besides playing the guitar, and that was photography. "At that time we were a very hot band and everybody wanted to take pictures," Summers said at the opening of his exhibition "A Certain Strangeness" in Wetzlar, adding that he decided to have a go at photography.

"I had no idea if I had any talents," he said. Ralph Gibson, a fellow guitarist and passionate photographer, suggested he get a compact camera, preferably a Leica M4-2. And so he did, the almost 80-year-old recalls. "And I went out to the streets of New York and I started photographing like mad."

A relaxed Andy Summers told the crowd at the opening about his early years as a musician and photographer, about mostly female photographers in New York schlepping bags full of cameras and lenses, about his fascination for the cities and people in Morocco, in Japan, in China, in Bolivia.

'Every photo has a story'

The subject matter varies widely in Summers' photo collection, from street scenes with a couple dancing the tango in Buenos Aires to a man holding a baby in his arms, a child on a diving board over a swimming pool, and women with bare breasts and tattoos. He has captured landscapes as well as fun pictures in hilarious situations, quickly allowing the viewer to imagine the laughter and giggles in the background. Every photo has a story, Summers said during the tour of the exhibition.

One exhibition room is reserved for pictures that were taken on tour with The Police, with photos of Summers playing guitar or sitting in a hotel bed. There are photos of endless hotel corridors, a billowing curtain in a hotel room, a corner with empty bottles and overflowing ashtrays. There are young women, groupies, the audience. Endless landscapes seen while looking out the window of the tour bus, Greyhound bus moments, airplane turbines. One photo shows Sting goofing off; another shows Stewart Copeland standing in front of a building in the middle of nowhere.

His photos quickly became known as a "cool visual counterpart to the music," reflecting a kind of urban surrealism. "I often photograph things in such a way that it's hard to tell what I'm actually depicting," Summers mused. "I push the limits of what's workable with a camera. This often results in quite fantastic images that show something in everyday things that you wouldn't have seen in them."

Accordingly, the exhibition is called "A Certain Strangeness." Once, a woman in Los Angeles asked Summers to guess where she had a hidden tattoo. He guessed somewhere in the genital area, and the woman bared her lower lip showing three dollar signs.

Color photography never appealed to Summers as much as black-and-white shots, so the Wetzlar show has no color photos at all. The monochrome optics and the intimacy so typical of many Leica photos, along with a sense of drama evoked by the photos' sharpness as well as grain, give Summers' observations a very special charm. Even a set list from a Police concert becomes photogenic, and not only because the songs are legendary.

As far as Andy Summers is concerned, photography is just another form of music; both don't need words. "It doesn't matter if it's painting, writing or filmmaking — I always find music in it."

The exhibition "A Certain Strangeness," featuring more than 150 photographs taken between 1979 and 2018, runs at the Ernst Leitz Museum in Wetzlar from July 28 to October 5, 2022.