Advertisement
Home / Culture / The writing on the sky

The writing on the sky

Weeks after Ignou announced the launch of a postgraduate programme in astrology, The Telegraph took the science vs pseudoscience debate to experts 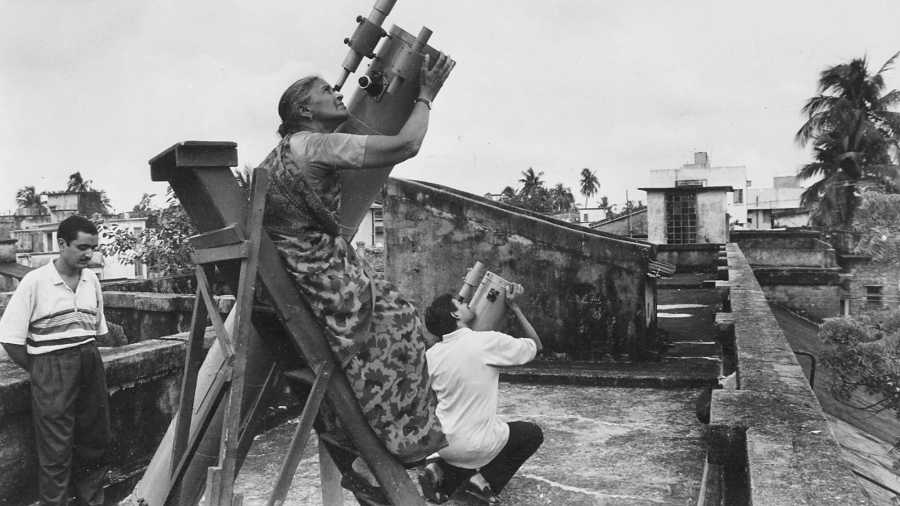 These are unlucky days. A cloudy sky over Calcutta feels ominous, especially after the relentless downpour a fortnight ago. Dipankar Dey, however, objects to “unlucky” and “ominous”. “It’s just cloudy,” retorts the amateur astronomer.

Dey is the general secretary of  Sky Watchers’ Association, an amateur astronomers’ body. The association was founded in the mid-1970s by a group of science enthusiasts, when there was a nationwide science movement. Its aim was to popularise observational astronomy and make people aware of various pseudo-scientific practices. It also wanted to unveil the beauty of the night sky to the layperson. Very different times when compared to these. The Indira Gandhi National Open University (Ignou) has announced recently the launch of a master’s course in jyotish shastra, or astrology.

The Sky Watchers’ Association organises astronomy exhibitions with photographs and models, and seminars too. Pre-pandemic, members would visit schools and colleges and deliver talks, try and address superstitious beliefs where possible. After all, the thick line between astronomy and astrology frequently gets blurred.

In ancient Egypt, men of science predicted the seasons by careful study of the position of the stars, continues Dey. “Ancient Egyptians watched the star Sirius to predict floods in the Nile river. When it was seen rising in the east just before sunrise, they knew monsoon was around the corner,” he adds. One reads the stars to decide what to harvest and when. And it is the stars that would guide traders who sailed the high seas.

At some point, it came down to constellations. Babylonians started joining the stars of a particular region with imaginary lines and imagined the forms these might take — human, animal. To what effect? To read and remember the sky better, of course.

Years later, in 1928, the International Astronomical Union adopted 88 constellations to divide the whole sky and bring greater uniformity to sky-watching. Astrologers co-opted 12 of these as zodiac constellations.

Says Dey, “We adopted many ideas of astronomy from the Greeks. And the bitter part of it is that along with the scientific ideas came astrology.” As he sees it, astrology is like a cloud layer coming in the way of a truer appreciation of celestial objects.

What about the age-old notion that stars and planets influence an individual’s destiny? Dey won’t have any of it. He fumes, “How? What’s the basis? Rahu and Ketu are considered to be demons and also categorised as planets by astrologers. They are actually two geometrical points in the Earth-Moon system, ascending node and descending node.”

But what about horoscopes cast purely based on this theory? The Ignou course is supposed to instruct students in astrology and horoscopes. Says Dey, “Indeed, if the moon is in the constellation of Taurus or Vrisha at the time of someone’s birth, it is predicted he or she will be possessed of a pleasing gait, large thighs, marks on the back and sides, and a hump on the neck. Taurus represents a bull. Think clearly and you will be able to tell that the characteristics of a bull have been projected onto a human.”

“To a scientific mind, a subject like astrology is static. The predictions are based on the same preludes that existed even 4,000 years ago — a clear distinction from science,” says Sandip Kumar Chakrabarti, director of Calcutta’s Indian Centre for Space Physics. He continues, “Science is a continuous process. It evolves and is open to changes based on observation, logic and theory. In 1915, when Einstein proposed his theory of general relativity, he proved that Newton’s law of gravity had been wrong. It doesn’t matter whether the latter’s understanding of the universe had been there since 1687 — for more than 200 years. Science is open to accepting it. And so is astronomy or astrophysics.”

Chakrabarti recognises astrology as a subject, not science. “It’s a formulation of various things. A careful study will reveal that none of it is based on the evolution of theories,” he says.

The debate now turns to horoscopes and stones. “If you ask me, stones have zero value. Astrology is fake and has different short-term goals — most of it for the astrologers’ monetary gains. It plays upon weak minds,” says Chakrabarti.

And that is where the debate must halt, at the intersection of belief and science, a long way from a consensus. As for Dey, he is busy polishing his telescope as he waits to spot the glorious Krittika or Pleiades star cluster once the cloud cover lifts.