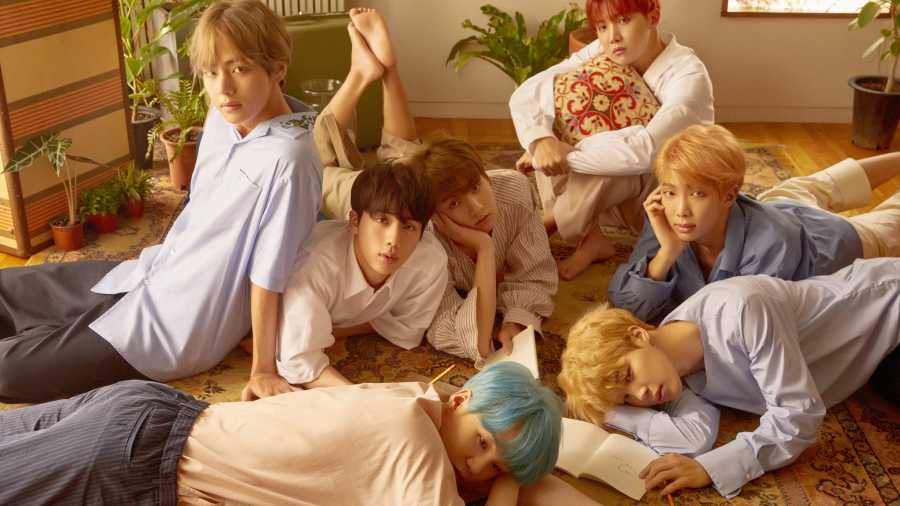 It is a BTS world and we are all just living in it — quite literally! The group’s achievements seem to have no bounds and rightly so. The South Korean septet has been on a steady rise and seems to achieve new glories every day. Only recently, they made it to the Guinness World Records 2022 Hall of Fame, with 23 world records, a testament to their massive success. They have topped all major charts across the world, broken records — of others and the ones they formed on their own — and forged a genuine and sincere connection with fans from across the globe to become a force to be reckoned with.

Much of BTS’ astronomical rise owes to the honest and cordial relationship they have with their audience. Their songs are “viral”, despite lack of radio play and other “traditional” metrics, because people want to listen to what they have to say. When BTS first debuted in 2013, it was with aggressive exasperation towards the injustice that the youth of today face, and a declaration of rejection of norms in the Korean society. Many were sceptical of their in-your-face approach and most thought it was rather orchestrated. However, Bangtan Sonyeondan (the Korean name for BTS, it means “bulletproof boy scouts”), made sure to show that it was authentic, and persevered till their voice resonated with millions across the globe.

Their sincerity shows through their social media posts, the behind-the-scene videos that are uploaded by their management, and even their numerous interviews. Their reality shows, such as In the Soop and Bon Voyage, look at their everyday habits that make them much more relatable than pop stars of their status usually are.

“In the face of a Western industry unwilling to make room for a foreign-language boy band, BTS’s global growth was never through traditional means, such as radio play. Instead, their social media nous and content strategies via video platforms including YouTube and V Live became their springboard, helped exponentially by hundreds of fan translators who tirelessly translated lyrics, social posts and much of the group’s video content, allowing for non-Korean speakers to fully connect with the members,” observed Vogue in June 2020.

BTS’ lyrics, one of their most distinctive features, echo their thoughts. They write most of it themselves, make it personal but empathetic and engaging. In their latest full-length album, BE, their song Blue & Grey talked about the dark and dank mood of melancholia by comparing it to colours.

Member V, who also co-wrote the song, told Weverse magazine, “After the song was finished, I felt a sense of accomplishment, and that’s how I was able to let go of Blue & Grey.” Later, writer Michele Wucker, of The Gray Rhino: How to Recognize and Act on the Obvious Dangers We Ignore, tweeted out to the band for including the beautiful metaphor of “depression as a grey rhino”.

Their most recent release, Permission to Dance, composed by Ed Sheeran, is a wholesome testament of optimism in increasingly dark times. The choreography includes the members using sign language to indicate “dance”, an attestation to their continuous efforts to make their music more meaningful to, and inclusive of, everyone.

BTS not only subverts many of the expectations the West has of its pop stars but also those of their native industry. It has not been an easy journey, but they have emerged victorious and a dominating force through their passion for their craft, their sincerity towards their fans, and their relatable songs that echo among people of varied interests, cultures, ages and so on. This intimate connection is evident from various hashtags that ARMY (the fandom for BTS) often trend on Twitter, like #WeAreProudOfYou (when BTS were recently appointed as the South Korean President’s Special Cultural Envoys) and #HaveASafeFlight (when the group travelled to New York for the 76th session of the United Nations General Assembly).

One can easily argue, and people indeed often do, that BTS is not the first K-pop act to try and break into the global market but the very crux of the matter lies in the fact that BTS was able to do it the best and most successfully. There might have been previous viral hits, but BTS has made sure to deliver year after year, with consistency but continuously evolving and experimenting. As a result, they have paved a way not only for themselves but also for

K-pop at large, into the global music scene.

All the president’s men: Last month, South Korea’s President Moon Jae-in appointed the BTS members “special envoys for future generations and cultures”. They accompanied the President to the 76th United Nations General Assembly and participated in the second meeting of the Sustainable Development Goals (SDG) Moment

Son Heung-min, forward for Tottenham Hotspur and captain of the South Korean national football team, recently said, “I am a big fan of BTS. I think it’s incredible; what they do is make Korean people really proud and really happy. I am grateful that they are here….” Similar sentiments have been echoed by many. In 2018, they had become the youngest recipients of the Order of Cultural Merit from the government of South Korea, recognising their “outstanding meritorious services in the fields of culture and art in the interest of promoting the national culture and national development”.

Only recently, South Korea’s President Moon Jae-in appointed the BTS members as “special envoys for future generations and cultures”. They accompanied the President to the 76th United Nations General Assembly and participated in the second meeting of the Sustainable Development Goals (SDG) Moment. As reported by Korea Herald, RM, the leader of BTS, stated after the appointment: “We are always thinking about how we could give more and return the love we have received, and we are thankful that the president has presented us with such a big opportunity. We will do our best as special envoys.”

BTS had earlier visited the United Nations headquarters in New York, in 2018. They had then participated in the inauguration of the Generation Unlimited campaign. It was also there that RM had delivered his now famous speech: “No matter who you are, where you’re from, your skin colour, gender identity: Speak yourself.”

In September 2020, they were back again at the 75th UN General Assembly, via a virtual event, where they spoke of hope but not without mentioning their own struggles during the pandemic. All seven members of the group delivered the speech with Jin saying, “Thinking about the future and trying hard are all important. But cherishing yourself, encouraging yourself, and keeping yourself happy is the most important. In a world of uncertainty, we must cherish the importance of ‘me’, ‘you’, and ‘us’.”

Not just in major music industries across the world, like the United States and Japan, and in their native South Korea, BTS has been awarded across the world. This is evident from how they have won several lesser-known and more local award shows like at Bravo Otto, a “German accolade honouring excellence of performers” (Group of the Year in 2019 and 2020) and at the Meus Premios Nick, Brazil, where they have won several awards since 2017. This is evidence of how loved BTS truly is globally.

All of this undoubtedly calls for celebration. However, there were many arguments of how BTS and their fans had “cheated” the system, which is ironic given how even a few months back, merch-bundling was a metric for Billboard. Bryan Rolli rightly pointed out in Forbes: “They’re one of the few artistes capable of selling out stadiums all over the world while simultaneously netting No. 1 hits and shattering sales and streaming records. It wasn’t always that way…. Music video streaming records, collaborations with major Western pop stars and the leap from arenas to stadiums followed, cementing BTS’s status as not just the biggest ‘K-pop’ group, but one of the biggest musical artistes in the world…. You can’t fabricate that sort of otherworldly success, nor can you rush it…. That’s how popularity works: You get more fans, you get better chart placement. In a way, you could consider the BTS ARMY the largest grassroots organisation in pop music, supporting their favourite artiste 69 cents at a time.”

This only shows the larger problem of gatekeeping by the Western industry of a foreign-language-speaking music act. BTS recently won three awards at the VMAs (the Group of the Year Award, Song of Summer and the Best K-Pop Award at MTV Video Music Awards) and as incredible that is, it is perhaps important to note how they were excluded from the major categories at the VMAs, like Artiste of the Year, Song of the Year and Video of the Year. They had received the 2020 IFPI Global Recording Artist of the Year Award, which is “an annual honour that recognises an act’s worldwide popularity across streaming and sales, including vinyl, downloads and CDs”, but it was apparently still not enough for the VMAs. And they are, unfortunately, not the only ones who continue to exclude them or downplay BTS.

Back in March, in light of the rising hate crimes on the AAPI community, BTS had tweeted: “We recall moments when we faced discrimination as Asians. We have endured expletives without reason and were mocked for the way we look. We were even asked why Asians spoke in English.” This proved that BTS were undoubtedly and rightly, aware of the not-so-hushed whispers behind their backs, a reflection of the larger problem of xenophobia, and racism.

When BTS covered Coldplay’s Fix You in February, German radio host Matthias Matuschik called it a “blasphemy” and among other terribly xenophobic comments, labelled BTS as “some crappy virus that hopefully there will be a vaccine for soon as well”. Although he issued an “apology” later, it was hardly accepted.

Last month (September 24), BTS released a track in collaboration with Coldplay, called My Universe. (The song reached #1 on Billboard on October 9.) Additionally, ahead of their appearance at the UN, BTS tweeted, “If we believe there’s hope, we will find the way. We stand against racial discrimination and hate speech”, as a part of the Global Goals campaign. They also encouraged others to join in.

BTS has been and will, most probably, keep their winning streak despite negativity, which showcases nothing but a rotten core of racism, xenophobia and bigotry. At this juncture, we can perhaps glance back at RM’s 2015 tweet: “Me and all of my people will end up winning in the end. While no one notices, very naturally.”

Elton John: When it all seems like it’s right, I sing along to BTS

Elton John: When it all seems like it’s right, I sing along to BTS