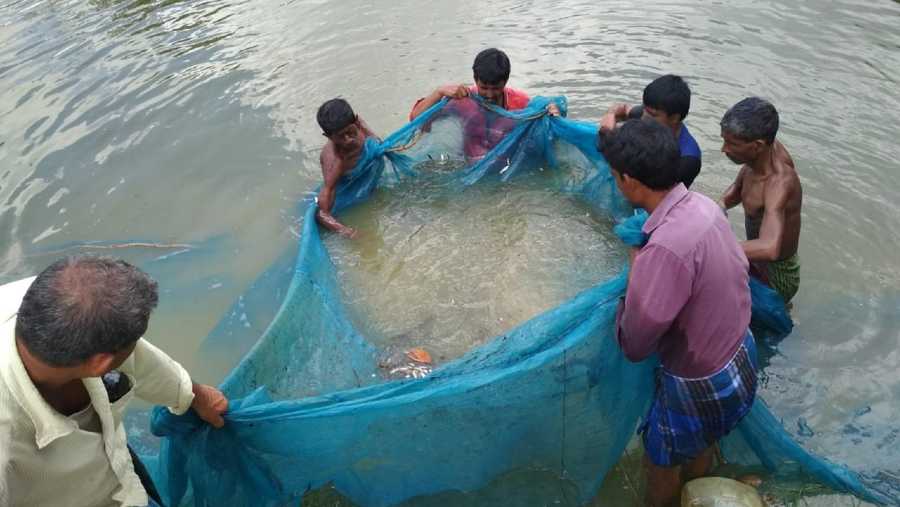 Not long ago, Shaniram was shepherding back his goats from the Janamghutu hills located in Hirapur. Hirapur in Jharkhand’s Dumka district is a cluster of seven settlements — Hishatola, Janamghutu, Dhobaghati, Manjhitola, Kamartola, Gadatola and Chitrakuri. It is primarily a settlement of tribals. But in recent times, people of the Paharia community, or the hill people, have also made it their home.

Shaniram had gone a little ahead of his flock when he heard the frightened bleats. He says, “I turned back. They were running and jumping and one kid was missing. I knew then that the python had got him.”

The villagers of Hirapur have been claiming for some weeks now that there is a python in the area. It is a matter of anxiety for the villagers, but for environmentalists it has brought a sense of relief. “For many years, nature and natural life have taken a beating in this region because of stone quarrying activities,” says writer-activist Ayesha Khatun, who also runs the NGO Mohammed Bazar Backward Classes Development Society. The society gets its name from a local bazaar.

Ayesha adds, “We work primarily in Suri and Rampurhat in Birbhum district and also in the villages that lie on the Bengal-Jharkhand border.” Starting and running Santhali language schools in the area and giving vocational training to locals for making bio-fertilisers, making sanitary pads and tailoring are some of its many initiatives.

Hirapur is only a few kilometres away from two stone quarries. “The place suffers from an acute water crisis due to decreasing levels of the water table. Geologists blame the quarries for this. According to them, indiscriminate digging and blasting by dynamite has damaged the aquifers,” says Ayesha.

Some years ago, a forest fire had devastated the area. It was a manmade fire. Apparently, people of the Paharia community were roasting birds. The fire spread and could not be extinguished soon enough as water resources were scarce.

Many animals, birds and medicinal plants were reduced to ashes. Mohammad Tayeb Hossain, a member of Ayesha’s NGO, says, “Two lions used to live in a cave, which is beside a fountain, atop the mountain. But when we went there three years ago, they were gone. The cave had spider webs and was full of dust and leaves.”

He continues, “On a recent visit, I was surprised to see that the cobwebs were not there, the floor was clean. It cannot be the work of a human being because it is on a hilltop and difficult to access. The tribals believe the cave is now inhabited by some wild animal.”

Some people have spotted bears in the area. If you take care of nature, nature will reward you — that seems to be the learning from this rejuvenation project. 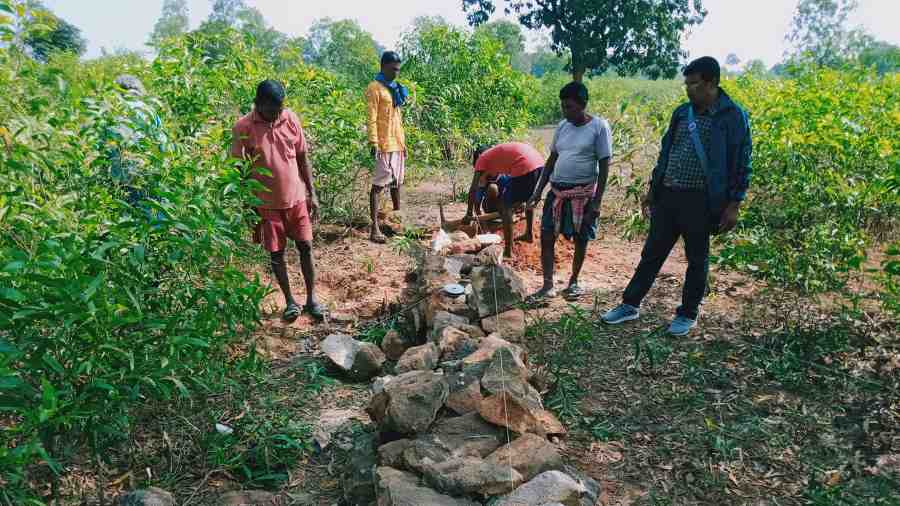 “Not just the python, villagers have also reported that they have found a snakelet of a python. It is quite encouraging that the fauna are responding,” says Maku Hembram, who is also associated with the NGO.

Along with 10 other tribal women and an even larger group from the local community, Hembram is trying to conserve rain water. She says, “In 2019, we dug 35 ponds. This year, we still have rainwater in the ponds and that will last through the winter.”

The water reserve helped the villagers do a spot of farming when the pandemic broke out. “The produce was sufficient for the entire population — there are 350-400 people in each of the seven settlements. They bartered their agricultural produce for livestock,” says Ayesha.

It is November but the area is lush. The creepers on the roofs of the houses are heavy with bottle gourds. One can also spy ridge gourds peeping from their leafy refuge, bhindis and pointed gourds and green pumpkins. “The ponds are teeming with fish. We do not have to go to the local market, which is good as many do not have the money to do so,” says Maku.

“We dug 40 ponds in the second year and now another 15 will be created,” says Tayeb.

All this happened, apparently, only because of the continuous efforts of the Adivasis. They shared their traditional wisdom while the NGO planned the location of the ponds. They threw seed balls — small clay balls with seeds inside them — in portions of the hills that are not accessible otherwise. They have stopped hunting rabbits, a sport they always revelled in. Even the snakelet was released into the wilds.

Ayesha says, “They had the will, we merely showed them the way.”