Half a century after his death, Jim Morrison is best seen as a poet jailed inside a rock star’s body 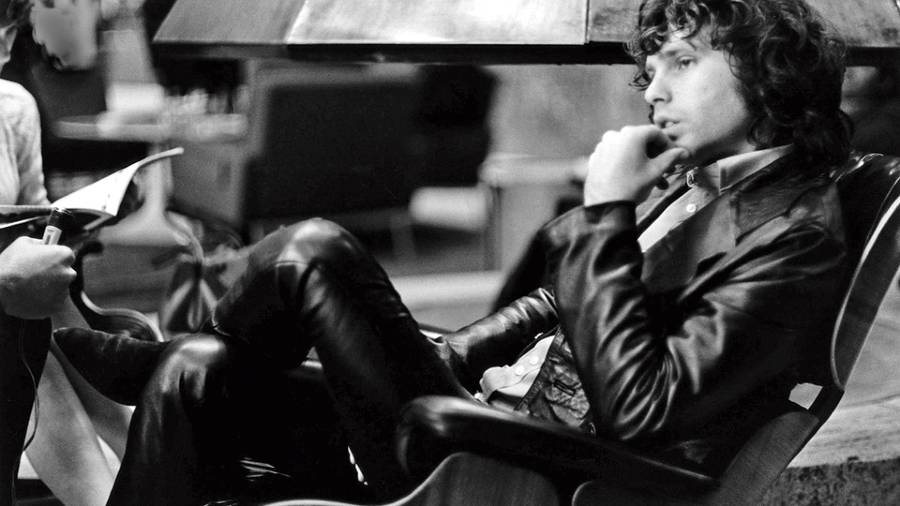 It is only in death, 50 years ago, that Jim Morrison’s true legacy is being realised, of his literary output being far potent than his leather trousers, his confident sexiness or the Oedipal rage immortalised in the song The End. He was a poet. “So long as there are human beings, songs and poetry can continue,” said Morrison in 1969, who passed away in Paris on July 3, 1971, under mysterious circumstances that perhaps befits his persona.

Capturing his legacy is the newly-released book The Collected Works of Jim Morrison, an anthology of his poems, journals, film treatments and lyrics, much of which is previously unreleased, drawn from several notebooks in his estate’s vault. It’s a chance to see the man in “his entirety”.

His tomb at Pere Lachaise cemetery in northern Paris continues to be a shrine not just to a generation that grew up listening to The Doors but to rebellious youngsters who want to understand their role in the larger scheme of things while on a collision course with society.

Had the man lived, chances are he would be bending elbows, drinking himself silly by mid-afternoon at a local pub while crowds at his evening concerts would have been small, but there would be no less certitude of his influence on the number of young people who continue to take to poetry and literature inspired by his work.

Morrison’s songs hold different meanings to different people. He was, for me, a poet jailed inside a rock star’s body. Not that his stage appearances hadn’t had a fair share of banal moments but Morrison has always set himself up to be remembered as a poet. He rambled between songs but not within songs. At a time when the summer of love was on everybody’s mind, he and his band delivered Light My Fire and The End, a patch of gloom and doom. Eerie and symbolic, he was enamoured by sex, death, transcendence, almost like a cycle.

Critics have always been in plenty and ever-ready to deride his poetry as pretentious, while making his success directly proportionate to that of The Doors. Instead of getting into a debate, The Collected Works of Jim Morrison simply celebrates the man who spent his teenage life reading Albert Camus, Arthur Rimbaud, Jean Genet and Friedrich Nietzsche. When he graduated, he asked his parents for the complete works of Nietzsche as gift. And perhaps reading Morrison’s poetry may inspire youngsters today to buy Jack Kerouac’s On the Road or take to William Blake.

During his lifetime, some of his works were published privately (The Lords: Notes on Vision and The New Creatures; the two were also combined for a commercial print run) and after his death, Wilderness: The Lost Writings of Jim Morrison, Volume I was published in 1989 by Villard Books and then came The American Night: The Writings of Jim Morrison, Volume II, which was published in 1990. As a child, he was immersed in books, writing his first poem at the age of 10. He titled it The Pony Express. “It was one of those ballad type poems. I never could get it together, though,” he had said about the poem.

The new, almost 600-page anthology contains excerpts from his 28 privately held notebooks (written in his own hand and published for the first time) as well as “an array of personal images and commentary on the work by Morrison himself”.

The idea of being a poet never left him through the course of the six albums he recorded as a part of The Doors. But the truth is that fans never embraced Morrison, the poet, when he was alive. Soon after Rolling Stones’ original leader Brian Jones passed away, during a performance on the Sunset Strip in July 1969, Morrison, who was by now bearded and slightly overweight, read a poem dedicated to Jones — Ode to LA While Thinking of Brian Jones, Deceased. Copies of the poem were distributed in the crowd, which became paper rockets as soon as the concert ended.

By the time mixing of two-three of the songs were pending on what turned out to be Morrison’s last album — L.A. Woman — with his group, he decided to leave for Paris to escape the rock-star life, a debauched living, to focus on his writing and poems. Sadly, it is here that alcohol and drug abuse got the best of him. He made himself sick by indulging in a steady diet of whisky and beer while getting stoned with his girlfriend Pamela Courson, who ultimately found him lifeless in a bathtub at 17 Rue Beautreillis. Or, that’s how the most popular version of the story goes. The death certificate listed heart failure while a sealed coffin was buried, with only a few people having seen the body inside. Some say, it was Morrison’s great escape.

But Courson ultimately returned to the US with many of his notebooks and died three years later from a heroin overdose. The Courson and Morrison families fought legally and eventually Morrison’s sister, Anne Morrison Chewning became co-executor in 2009. The new collection has much to do with a list called ‘Plan for Book’ that Chewning had found while rummaging through the vault. ‘Plan for Book’ is written in Morrison’s hand, making it easy for the contents of the anthology.

Jim Morrison now sleeps in a cemetery alongside Oscar Wilde, Edith Piaf and Frederic Chopin while his lines continue to float: Naked we come/ And bruised we go/ Just nude pastry/ For the slow soft worms below. Yes, Paris ultimately rusted him but his vision lives on even in these immensely unstable times, best defined in the words he delivered to Canadian Broadcasting Company in 1970 on being asked what young people hope for: “Well, I can’t speak for young people, but probably a guess would be the same things they’ve always celebrated, a joy of existence, self-discovery, freedom, that kind of thing.” And that combined with the inspiration of the band’s name — a line by poet William Blake: “If the doors of perception were cleansed everything would appear to man as it is, Infinite. For man has closed himself up, till he sees all things through narrow chinks of his cavern.” — is how the young perhaps remember Jim Morrison. Since the man can still be heard intoning I am the Lizard king/ I can do anything every day, every hour, somewhere or the other around the globe, his grave in Paris has really failed to hold him down. 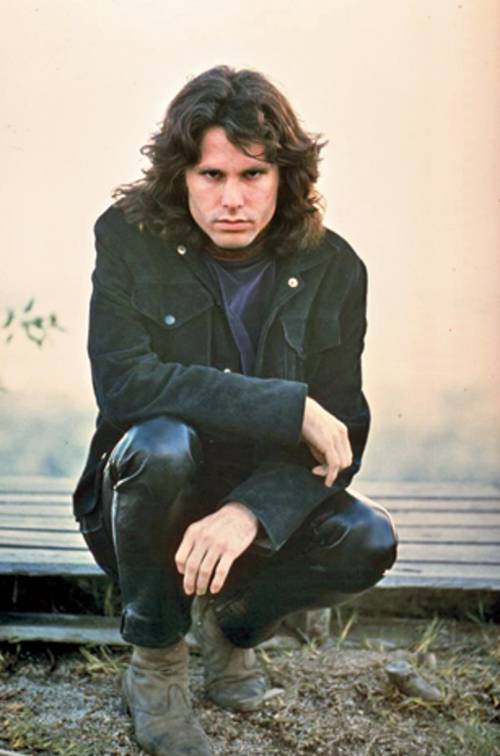 When you make your peace with authority, you become authority.

His place in history

I see myself as a huge fiery comet, a shooting star. Everyone stops, points up and gasps, “Oh, look at that!” Then — whoosh, and I’m gone… and they’ll never see anything like it ever again — ever.

His band — The Doors