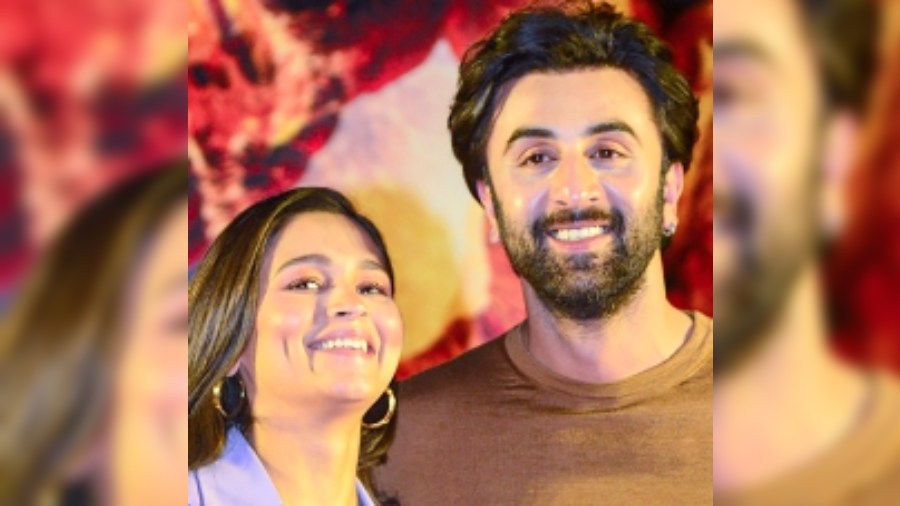 Ranbir comes from a deeply religious family; his father would pray to Lord Shiva every morning
Bharathi S. Pradhan   |   Published 11.09.22, 04:33 AM

Aslice of history would be relevant right now. Those who’ve heard of Sanjay Leela Bhansali’s Bajirao Mastani would be familiar with the two names if nothing else.

Peshwa Baji Rao and second wife Mastani (daughter of Hindu King Chhatrasal and Ruhani Bai, his Persian concubine) had a son named Krishna Rao. Although Bajirao wanted his son to be brought up as a Hindu Brahmin, the priests refused to conduct the young boy’s thread ceremony on the grounds that he was born out of wedlock to a Muslim woman. Many refused to recognise Mastani as Baji Rao’s legitimate wife though Krishna Rao got the same education and military training as the other sons of the Peshwa family.

However, the rejection by his father’s community turned Krishna Rao into Shamsher Bahadur and his son into Ali Bahadur.

The rigidity of the Hindu community, thus, pushed its own children out of the fold. The story came to mind when protests against Ranbir Kapoor and Alia Bhatt outside the Mahakaleshwar temple in Ujjain forced the couple to leave without a darshan. We live in strange times where there’s demand for ghar waapsi alongside religious hysterics that border on ghar se bhagao.

Ranbir comes from a deeply religious family; his father Rishi Kapoor would pray to Lord Shiva every morning. When travelling, Ranbir would text “Jai Mata Di” to Rishi, who’d wait for the message to know that his son had landed safely. One has seen Ranbir do the aarti on the first five days of the Ganesh Chaturthi festival, a tradition he continues with his mother.

Before the release of Ranbir’s Saawariya and Neil Nitin Mukesh’s Johnny Gaddaar, when Rishi and Nitin Mukesh had gone to Shreenathji temple near Udaipur, each had prayed for the success of the other’s son.

In fact, when Ranbir got married, close friends saw him listen keenly to the panditji and some wondered whether Alia and he would be religiously compatible.

Diametrically different from Rishi, Alia’s father Mahesh Bhatt had so distanced himself from his father’s Hindu side that he’d vowed never to step into a temple. He may have mellowed enough to participate in Alia’s religious ceremony with Ranbir but his views are still strong and unchanged.

With the older Kapoors no longer around, Mahesh is the only strong influence around Ranbir today. One isn’t even hinting that Ranbir will be weaned away from his faith. But the distasteful Ujjain incident would be disillusioning for any rational person.

For debate’s sake, let’s listen to the side that says protests against the entry of beef-eating Ranbir were peaceful, there were no cries of beheading anybody. There was also the whataboutery over why actors like Ranbir never publicly talked of being pork-eaters.

But, is closing the door to the faithful the way to being inclusive and welcoming? Since everyone has the right to protest, could the objections have been peacefully and gracefully registered, allowing a devotee and his wife to get their darshan? When Mahakaleshwar is considered one of Shiva’s sacred abodes, wouldn’t it have been fitting for a devotee to go to the temple for blessings on the eve of his film in which he played a character called Shiva?

Ranbir’s decision to go back without the darshan was wise, especially given Alia’s delicate condition. But what happened in Ujjain was unwise for the optics and for the politics of the Hindus. Apart from being wrong and illogical too.

PS: Perhaps buoyed by advance bookings that seemed to indicate blockbuster business at the box office, the Brahmastra folks went against earlier plans and had a special media screening. It was the first major screening of the film in 3D with director Ayan Mukerji chatting with everybody before the lights dimmed. However, it also seems the industry will have to look for another test case to bring in the audience and declare, “Boycotts don’t work”.