Remains of the way

Individual identities remain tethered to a land long after land and individual have ceased to belong. The story of an Anglo-Indian settled in the UK 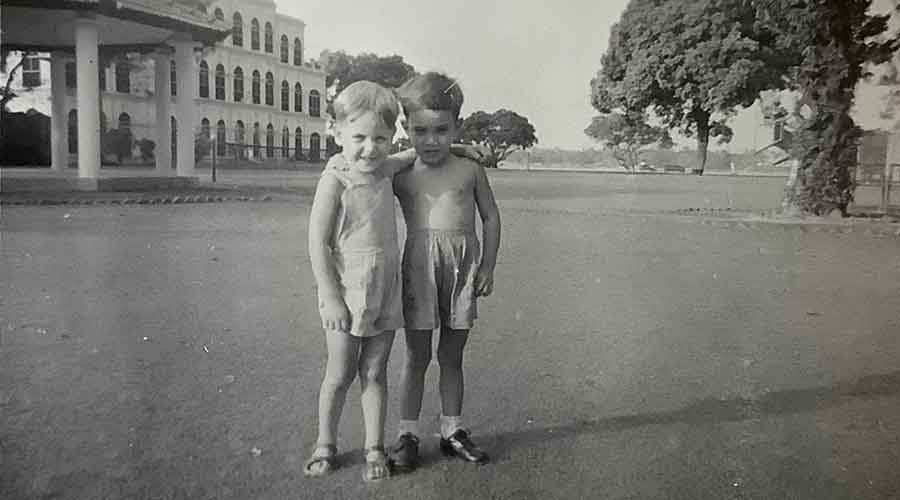 When the Wallingtons first moved to the Compound, the place was almost exclusively British.
Courtesy, Chris Wallington
Upala Sen   |   Calcutta   |   Published 26.07.20, 01:35 AM

In February this year, I wrote a piece about a place I once called home. Weeks later, I received an email which thereafter turned into a stream of exchanges right through the lockdown. It felt as if there had suddenly appeared a crack in time, and through it I discovered another whose literal footsteps I had walked in long, unknowingly.

Christopher Wallington or Chris is a retired banker living in Devon in the UK. He grew up in Bengal small-town Sahaganj’s Dunlop Compound (a residential complex for staff and their families) about 15 years before I first set my eyes on the place. But now, his missives, detailed and fond, darted across geography and time like a hyphen, pulling together a thousand disparate things into context.

So many years later, I began to re-view the Compound as more than a nostalgiascape. It started to dawn on me, its importance as a site of intersecting histories, a petri-dish of emerging social identities, and my personal story receded into the background. 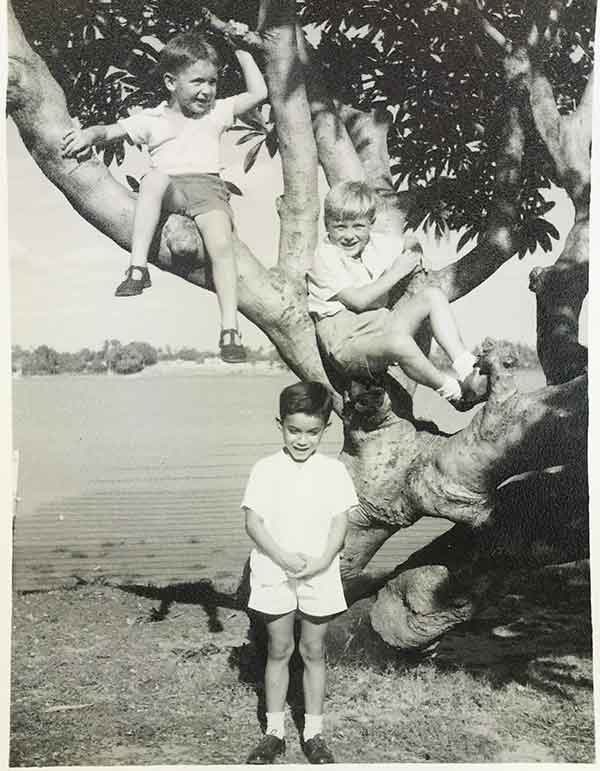 Terra former: The frangipani trees on the banks of the Hooghly were a favourite with Chris (standing) and his friends
Courtesy, Chris Wallington

Chris too wrote, “...like Rip Van Winkle I am awakening after a hundred-year sleep. My own insignificant story will emerge in time...”

Chris existed in Compound lore as the nameless boy who had once saved a drowning child. Whenever one of us slipped out for a quick dip sans adult supervision and was caught thereafter, the old story followed aching ears.

When I wrote to ask Chris about it, he replied, “It was a typically hot afternoon and dead quiet, as hot afternoons were. The only other people around were a couple of malis working the vegetable garden... The perfect peace was suddenly shattered by a screaming, so I just ran, kicked off my sandals and then everything just went into automatic mode... What I didn’t expect was to become a hero!”

He sent me a scanned newspaper cutting dated May 8, 1967. It read: “… Mr Dharma Vira (Governor of West Bengal), presented the Union Government’s Uttam Jeevan Raksha Padak to Christopher Wallington, a boy of 12, for his bravery and quick decision under circumstances of great peril in saving the life of a five-year-old boy...” 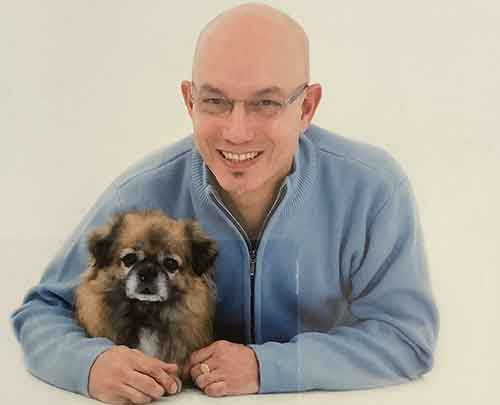 Chris’s father, N.E. Wallington, had joined Dunlop in 1934 as a 19-year-old. He went on to become the first Anglo-Indian works director of Dunlop. Unlike his British predecessors, Wallington Sr. worked his way up through every level of the factory during his 38-year-long tenure at the company. In 1954, the year Chris was born, his father got a promotion and the family moved to the Compound.

Over several emails, a picture of the life as Chris knew it then emerged. In one mail he wrote, “I have to include the other factories on the banks of the Hooghly such as Tribeni Tissues (jute mill in my faded memory?) Bansberia, Lagan (famed for the Angus golf club)... All of these were swamped with employees, probably thousands of them, from Britain/Europe. They did, of course, arrive with their wives in an age when women didn’t work. Consequently these women, who had until then scrubbed and cooked and cleaned their lives away, now had household staff giving them limitless time on their hands and apparently limitless funds, being paid British salaries in India. I believe this is what led to the unparalleled, luxurious social lifestyles they went on to enjoy.”

It is apparent that this “lifestyle” insulated the Compound children of Chris’s generation from the larger Indian context. And that is how it was for subsequent generations as well. No judgement here, I am merely stating facts.

While Chris brings out the wares of his memory box, I seek the help of my father — who is a couple of years senior to him and a Dunlop child too — to piece together the social portrait. And it feels like some kind of elaborate fill-in-the-blanks.

When the Wallingtons first moved to the Compound, the place was almost exclusively British. That changed with the years. All the children — white and brown — played together. Castellaris, Sens, Guillots, McGowans, Boses, Birches. They played Bang Bang, “Gooley Dundah”, Seven Tiles, Marbles. Chris sends me scanned photographs of birthday parties — little girls with solemn bows in their hair and grimacing boys in shoes and socks. He writes, “The highlight was always the smashing of the koai bag. An adult would poke it with a billiards cue and out would pour sweets and toys... cheap plastic whistles, spinning tops, figures, all made in Japan.”

“Our children’s parties were very anglicised... we would have sandwiches, cakes, soft drinks with not a hint of a piajoo or singara or rossogulla (sic),” he writes. Forgive my food spellings, I’m attempting the words phonetically, is his blanket caveat. For some mails thereafter he cannot stop writing about food — “spicy sausages, sometimes from Keventers, cutlets, aloo chops, dawl and rice, aloo bharta (mashed potatoes with no milk, but ghee, chilli and onions), jhal frezi often with dhal pepper water a hybrid of traditional dhal and Madrassi pepper water, pulbul curry (do you know that vile vegetable?)…” One mail is just a sentence long. It reads, “Also just remembered dhal puri.”

I am curious about what language the children conversed in and Chris admits that though he was tutored in Bengali, the language was “anathema”. He writes, “It was rare to find a non-English speaking person... Even the servants (forgive the word, you know I mean no harm) needed to speak English. Our old bearer, Abdul Aziz, who Dad kept from his bachelor days spoke less English than I did Hindi and we were constantly laughing at him for horribly mispronouncing words (billiards for blades) or making up words. He was not allowed to answer the phone.”

My father recalls how smartly dressed his Anglo-Indian friends were. I relay the memory to Chris and he writes back, “Gobbins.” Turns out, one Gobindo Mallick would routinely stitch most of the Western clothes.
The memory tango continues. Baba says he got his first driving lesson at a late 18, from Robert Castellari. Chris proffers, “Kundu driver taught me how to drive, aged 18, on the Link Road and newly-laid highway.”
At some point my own memories link up. I write to Chris about the magnolia outside No. 4 [one of our addresses in the Compound]. He tells me about the jasmine “a couple of bushes on the riverbank side of No. 1”. I tell him I think about the benches close to the tennis court.

He replies, “They were a popular meeting point, particularly in the evenings.” I write to him about the pool adventures and he says he learnt to swim before he could walk. I learn from him other hitherto unexplained things such as why the Green Flats did not have a kitchen in the first place. “Those were the bachelors’ flats... Behind the pantry was a covered corridor of about 25 yards connecting to the separated kitchen. This was a very colonial feature intended to keep cooking smells out of the home,” he replies.

And then I bring up the ghost.

It was accepted during my time that the Green Flats were haunted by the spirit of an Englishwoman; we referred to her as Jennifer. But Chris had never heard of any hauntings and this gets me thinking. Could it be that when the white Compound was no more, when the brown Compound came to be, there remained a latent desire of the place to remain linked to both legacies? Would it be a stretch to say The Ghost became the hyphen?

The Bengali word for ghost is after all bhoot, which also means past.

By the late 1960s, the British and Anglo-Indian families had left. Chris writes, “There was a period when not all Indian management were keen to move to the Compound and, for the first time ever, some of the properties were empty. I believe too that many Indians took the education of their children more seriously. I know that many of these children stayed with family away from remote Sahaganj.” He also writes, “Where I once had numerous same-age friends, I now had almost none.” And I imagine a forlorn little boy.
Chris had been a boarder at Calcutta’s La Martiniere for Boys since he was eight years old. When he turned 15, his parents sent him to England. “I still spent every school holiday in Sahaganj... However, I was essentially leaving behind ALL I knew,” he adds.

What he experienced next is best said in his own words. He writes, “In England, I was smaller than most, browner than most, probably spoke with an Indian accent and I was not used to being different for these things. I already had a fair knowledge and liking for English food but so much of what I used to love to eat just vanished from my menu overnight. The country is cold and wet and mostly grey, what’s to like for a boy who has until now taken the opposite for granted...”

And so it continues, our exchange about the Compound, the during and the after. We discuss the inevitable swing back too. Chris writes, “...as the years pass, my soul feels increasingly Indian and yet I do not speak any of the country’s languages and am of mixed blood. It’s also curious that when I first came to England, I would have denied my roots... Today, England is definitely my home and India is definitely my soul.”

When the intense things tire him, when my fingers on keyboard cannot keep pace with my racing mind, we give it a rest, roam the old grounds in one-liners. Our joint meanderings turn lush a sepia landscape. Chris says, “...the fact that I can share my memories with one person who understands them and has experienced them even though we were a couple of decades apart is sufficient for me.”

After all, what is childhood even in hindsight without a friend to share its spoils with? What is Camelot?