On a high note 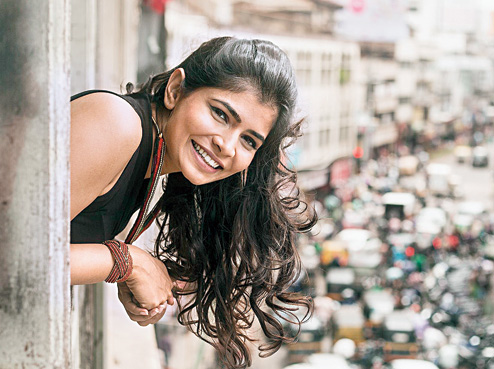 I was born in Mumbai but my family moved to Chennai when I was eight years old. As a child, I used to read a lot and was a fairly dedicated student. I come from a family that has a musically rich background and that helped me in seriously following music as a career. My grandfather, Carnatic singer Dr Sripada Pinakapani, was awarded the
Padma Bhushan in 1984 while my mother is a trained Hindustani classical and Carnatic singer. My mother started training me when I was three years old. But my full-fledged training began when I turned four. I used to train six to seven hours a day.

The biggest turning point of my life was my first song Oru Deivam that I recorded with music maestro A.R. Rahman for director Mani Ratnam’s movie Kannathil Muthamittal. I recorded the song in December 2000 but the song was released in February 2002. However, I ended up winning quite a few awards for it. The next big milestone was singing Tere Bina and Mayya Mayya for the movie Guru. These two songs helped establish me in the Hindi film
industry. It was because of these two songs that composer Shekhar of the Vishal-Shekhar duo,  decided to sign me up for Titli from Chennai Express. It was overwhelming when my songs Titli and Zehnaseeb (from Hasee Toh Phasee)
became instant hits all over the country.

On the personal front, the biggest turning point in my life was volunteering during the recent Chennai floods that turned the city upside down. Witnessing such devastation and chaos from close quarters changed me as a
person and made me more grateful for whatever I have in life.

Another milestone in my life was to be one of the three Indians to get selected for the Fortune-US State Department Women’s Mentoring Partnership in 2011. This was an initiative by Hillary Clinton in association with Fortune magazine. I got to meet some powerful personalities including US president Barack Obama, first lady Michelle Obama and entrepreneur Warren Buffett, among others, who mentored us on women’s empowerment. This helped shape my personality.

Right now, I am excited about working on some more projects with A.R. Rahman for Hindi, Tamil and Telugu films.

(As told to Shilpi Guha)