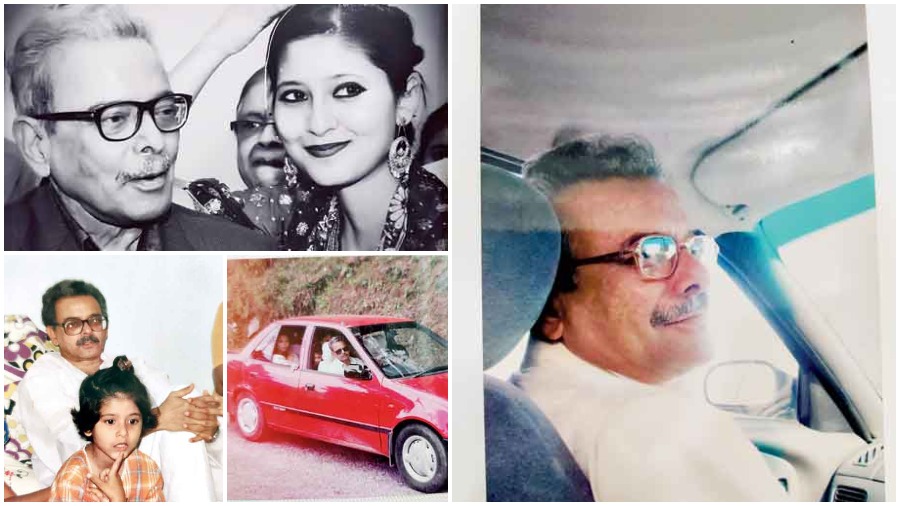 “And He was transfigured before them; and His face shone like the sun, and His garments became as white as light.”— Matthews 17:2-9

My family keeps trying to talk me into mourning the loss of my grandfather, who I lovingly call ‘Bhai’, as did everybody else who knew him. I can’t exactly put this into words and I can’t make people understand that mourning his death is an insult to the madness, the magic, the man, the movement, the miracle, the marvel, the Master. Why don’t you understand that this loss isn’t the kind for me to cry about? This is the kind of loss for me to die about.

When I was a kid, I used to love watching The Lion King. I like to believe that literature and media that you absorb during childhood, shapes your personality as an adult. I always made sure I skipped the scene of Mufasa’s death, with a bewildered and heart-broken Simba trying to wake his father up. It was because I always feared that this day would come, and I would see myself trying to awaken Bhai from eternal, unending sleep. And it did, it happened. And now I am here, and he is there — out there, up there. He is missing from me.

Are they still memories if they’re engraved in my heart, etched on my mind and tattooed on my skin? I like to believe they’re a part of me, my body, an extension to my entity, and as long as I shall live so shall they. So many people argue that he wasn’t my father. They’re right. Because to me, he is God. He is the giver, the provider, creator, the all-encompassing, the all-knowing, the omnipresent.

Provider, because he gave me everything I have and survive on, from my passion and love for animals to my affinity towards literature, music, art. We would stand inside his aviary, enough to accommodate two human beings, where he kept his birds. He would clean and wash their water bowls with his beautiful, wrinkly, holy hands and then he would pick up a bird in the palm of his hands — sometimes a cockatiel, sometimes a budgie, sometimes a quail — and show me, directing my gaze with his finger, the feather patterns, and beak shapes, explaining how a certain type of bird crushes the seed with which exact part of its beak. All-knowing, because he knew everything, quite literally. Anything and everything.

Driving home from a homeopathic clinic, we would have long conversations about The Battle of Karbala, and pretty much every historic event that ever occurred on the face of this planet. We talked about the possibilities of the existence of mermaids — how perhaps, in the course of evolution, a third of the primate population went towards the water and even into it, and developed webbed limbs and tails. We talked about the Fer-De-Lance, we sat and browsed through pictures of wildlife. We discussed dog breeds and how they evolved. He always told me (before the world went ‘vocal for local’) that nothing can beat the hounds of India — the Rajapalayam, The Chippiparai, The Rampur, and the Mudhol. He always had an eye out for the Saluki (a superior type of sighthound that originated in the Fertile Crescent), and would say to me, “Abey Saluki hai kya kahin pe? Saluki mile kahin toh batana, hum le lenge.”

On his birthday in 2019, I had gifted him a deep grey, white-speckled Cockatiel who he named Sooty. He stayed in Bhai’s room, and the two whistled to each other all day. Bhai would talk to him lovingly, and Sooty would chirp back in adoration. When Bhai got sick, Sooty mysteriously died. I had begun to believe that like Bhai’s previous dogs and other pets, Sooty too had died of loyalty in an attempt to take the impending death upon himself. Bhai always believed that wafadaar jaanwar aane wali museebat ko apne sar le lete hain. While it is unlike me — and everyone else in my family — to respond to the death of an animal, that too a beloved pet, with gladness and optimism, Sooty’s sudden passing had given us some hope. We were counting on life to make Bhai get better and to help us get through this untimely qayamat.

Grandfather — this word always gave me the same serotonin release you get from a warm blanket, a cup of hot chocolate, biting through the layers of a Ferrero Rocher, the morning of the day of Id, seeing my birthday cake for the first time.

And now it’s all gone, all taken away away from me. It is so ironic and at the same time baffling how our worst fears manifest right before our eyes. I didn’t allow myself to watch enough of The Lion King growing up because I was afraid if I looked at it then it would somehow happen. And now I see how everything unfolded just like it did in the movie. Covid attacked us like Uncle Scar. And while all of us got Covid, he somehow took it upon himself and while we lived, he left.

My animals in Delhi found me, picked me up, and saved my life, just like Timon and Pumba did with orphaned Simba in The Lion King. I think I have managed to figure out where this affinity comes from and why it has always been this way — the need to be around animals in order to survive. It was just another gift, another tool, another strength my Grandfather was equipping me with and conditioning me for, so that I may be able to carry on someday in his absence, and so that I have a purpose, a reason to live till the time he and I can finally reunite.

Only mourning him isn’t enough, isn’t fair, isn’t needed. His existence was a celebration of life, a creation of art, and his death was transfiguration. He didn’t just lay there still. He sublimated, became one with what he loved most, nature. He united with a power that was of the same immense magnitude that only he alone in this world was made of. If one should live, one should live like this. Not in the lap of luxury but in the embrace of nature. Not in bursts of passion, but in the steadiness of an unwavering purpose. Not for moments of moping, but for the unfazed ambition of the human spirit.

To the high ground, to the clear view

And in awe I’ll be there