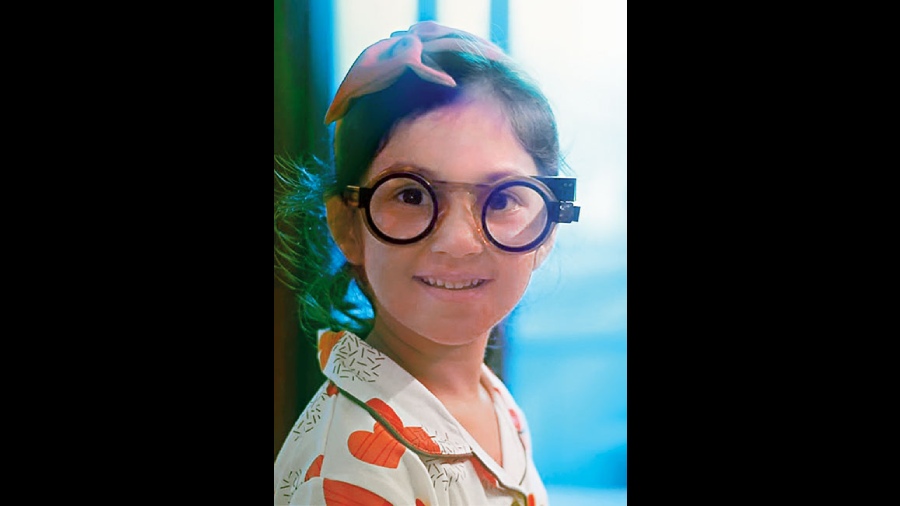 Take Ten, a short film workshop and competition by Netflix to discover and support emerging Indian film-makers from varied backgrounds was initiated 10 months ago. Ten up-and-coming film-makers were identified and they underwent an intensive week-long workshop. They were also each given a grant of $10,000 to fund their short films.

The programme spanned an extensive training curriculum that covered all aspects of film-making, from pre-production to post-production, and provided opportunities to meet with and learn from a wide range of industry professionals. Twenty notable names from India’s entertainment community mentored the finalists through sessions on topics, including working with actors, honing their craft, marketing their work, and more.

Recently, 10 short films by the finalists, hailing from six cities, and whose stories span eight languages, were showcased at an event in Mumbai. All the films can now be viewed on Netflix India’s YouTube channel.

“This initiative was funded by the Netflix fund for creative equity. We wanted to support Take Ten to help create equitable opportunities in the film and television industry here in India, along with our other programmes globally. Historically, under-represented communities have been defined by very few stories but we want to see more diversity reflected on screen and, to do that, we’ve understood that diversity needs to also be present behind the cameras. I think we’ve achieved that with these 10 brilliant short films that represent various cultures and situations within today’s India,” Amy Sawitta Lefevre, head of external affairs, APAC, Netflix, told The Telegraph.

This year, ‘Home’ was proposed as the theme for creating films under the Take Ten initiative. “Every single story was different, original and entertaining, clearly showcasing the effort put into bringing out the best version of the film-maker’s vision. It’s gratifying to see the maturity of thought put into these films that are both entertaining and thought-provoking, transporting viewers into a different world with relatable characters and emotions striking a chord with the audience,” was the word from Ruchikaa Kapoor Sheikh, director, original films, Netflix India.

The films, as promised, are diverse. Aditi Sharma’s Hindi short Home is a social drama that explores the themes of inheritance and exploitation, weaved into a poignant tale of a tea plantation worker. Salt, a Konkani short by Barkha Naik, is a father-son drama that delves deep into redefining a relationship that has been marked by deafening silence for years.

There is Murali Krishnan’s Malayalam offering Stockholm that explores the humorous relationship between a kidnapped elder and his captives, while Rohan Shyam Chowdhury’s Bengali short Lokkhon Rekha focuses on a lunch table conversation that transforms into a battlefront when generational trauma and resentment surface between the members of a dysfunctional family (for the films, see box).

Netflix’s Lefevre believes that the scope of the short film as a means of creative storytelling has increased exponentially. “Creators today have the freedom to tell the story of their choice the way they want, knowing that every story can find its audience without limitations on format or duration. What matters is bringing the story to life in the most authentic way possible. Our hope with Take Ten, and with many of our programmes globally, is that this was the first step towards expanding inclusive and meaningful representation in the industry. For the film-makers, we hope that this opportunity of a lifetime is the first stepping stone to a long and fulfilling career in entertainment and that they keep telling authentic stories from India.”

For Aditi Sharma, who has directed Home, Take Ten is special for the belief it invested in her as a film-maker. “Take Ten believed in our stories and it believed in us. A monetary grant could make a film but holding a film-maker’s hand, nurturing their vision, honing their craft and providing them unconditional support makes sure that a director is able to believe in her stories and can confidently make bold artistic choices. Take Ten has set an example that one could choose unconventional narratives and still find support for it. That kind of impact lasts not only for that one film, but over someone’s entire career, enabling them to bring out stories that could bring potential and credible change into the world,” Aditi tells The Telegraph.

“Netflix has a huge following, so having my film — a Goan-Konkani language film, playing on its YouTube channel is a very big deal. It’s an honour to have the Netflix ‘Tudum’ sound roll after the credits, and that too so early in my career,” said Barkha Naik, who has helmed Salt.

Having a number of prominent names from the industry as mentors also helped in rooting the initiative in both credibility and experience. “I’m very aware of the politics of my films. Kabir Khan in his workshop explained how it was important to not separate one’s stories from one’s politics but it was equally important to write and tell engaging stories. Shakun Batra very candidly confessed that he didn’t always have all the answers on set and that it was okay to not know. Neeraj Ghaywan and Tisca Chopra explained their processes and knowing how thorough they are with their planning made me more confident in my own,” says Barkha.

The winners of the Take Ten initiative
THE HONOUR ROLL

Aditi Sharma’s Home (Hindi): A social drama that explores the themes of inheritance, and exploitation, weaved into a poignant tale of a tea plantation worker.

Barkha Naik’s Salt (Konkani): A father-son drama that delves deep into redefining a relationship that has been marked by deafening silence for years.

Murali Krishnan’s Stockholm (Malayalam): Explores the humorous relationship between a kidnapped elder and his captives.

Rohan Shyam Chowdhury’s Lokkhon Rekha (Bengali): Focuses on a lunch table conversation that transforms into a battlefront when generational trauma and resentment surface between the members of a dysfunctional family

Hitarth Rakesh Desai’s Chhoti Si Baat (Marathi and Hindi):  A peek into a 12-year-old’s ideal bubble, that is threatened as his well-guarded secret is exposed.

Manasvini Boovarahan’s Bijli (Tamil, Bhojpuri): A moving story about motherhood told through the perspective of a mother’s relentless search for her missing daughter.

Ria Nalavade’s Home 2 (Hindi, English): A drama on the perils of using technology without thinking twice.

Sandip Kishan’s Screen (Tamil): An unconventional film that examines the definition of home... is it the people, the place, or just some pictures and sounds that weave together a bit of life?

Sameeha Sabnis’s Soul-Kadhi (Marathi): A concoction of fantasy and drama, exploring the true meaning of freedom through an uncanny bond between a daughter-in-law and mother-in-law.

Suyash Kamat’s Sadabahar (Konkani, Hindi): A tragicomedy rooted in the feeling of home and belonging for the members of a wedding brass quartet, Sadabahar.