Mystery of the missing link

Visits to the post office are an expedition into the unknown 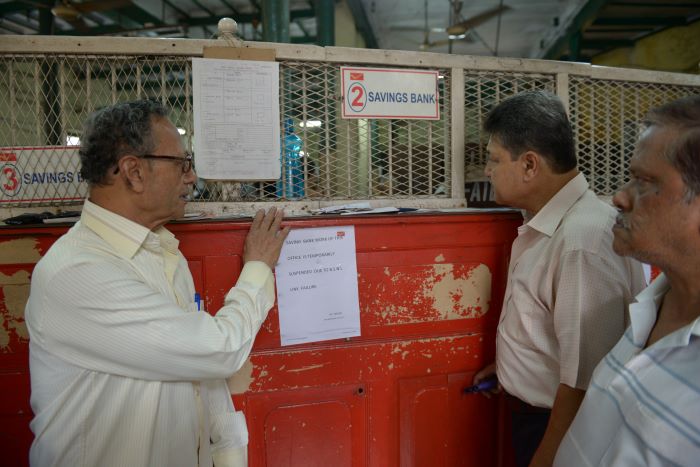 Exactly a week before the nationwide lockdown was announced, I received a message from the postmaster of the neighbourhood post office where I have a savings account. He had told my agent that I would have to be physically present in order to transfer an about-to-mature national savings certificate (NSC) fund to my savings account. I could think of no reason why the agent couldn’t fill in for me, but anyone who knows the system will tell you that the post office is a different world order and if you are going to question its ways, you’d better be prepared to wait out the answer.

In any case, with the coronavirus spreading and a child at home, I didn’t feel like walking into the post office. The image of the quaint post office, off the main road, flashed in my mind — a faded, dilapidated, single-storey building, a tree growing out of one of its many crevices, the small veranda where no more than four people could stand, but where always a dozen people were jostling. 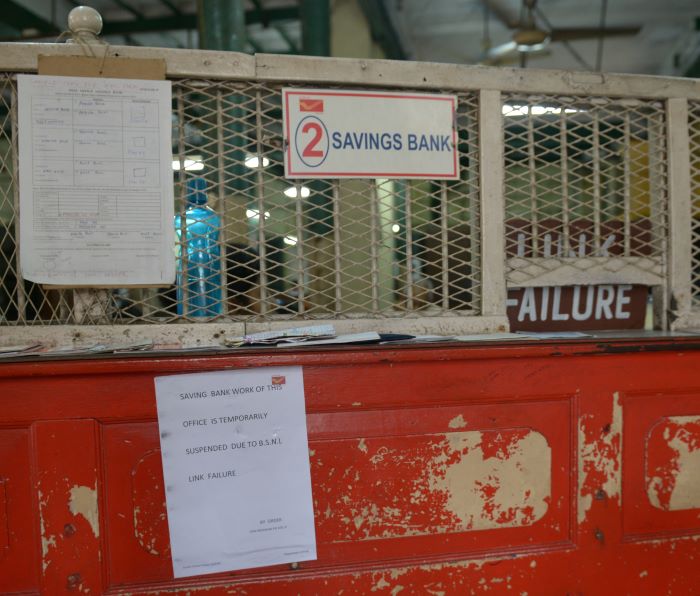 This is almost the same for most of the post offices in the city. A friend later narrated how a day before the lockdown, her mother announced “like a warrior” that she had to go to the post office for some transaction or the other. She desisted eventually, after much coaxing. Said my friend of her para post office: “It is housed on the first floor of a rickety building, involves a steep climb and a skeleton of a railing for support. Below is the local market. The date on the building is 1924.”

My association with the post office is from the time when I was in high school. My parents swore by post office saving schemes. It is also a fact that in the 1990s there were not too many options.

My father’s attachment to post office savings continued even after his retirement. Every Saturday by 9.30 in the morning, he would be ready to head out to the post office with his handwritten withdrawal slip for his monthly income scheme or MIS. He would brave the queue and be back home slightly after noon. And this, when the local post office was only a stone’s throw away from our house.

For NSC and other savings schemes, he had to do more legwork. First, he had to deposit the certificates in the post office. Thereafter, every week, he had to do the rounds of the post office to enquire if the cheque had arrived. And that was not the end of it. More often than not, the name on the cheque would be misspelt, which meant, another three weeks of wait. Eventually, the banks devised a workaround and he could submit a declaration form along with a photo identity proof at any public sector bank to encash the cheque.

To date, post offices remain the preferred resort for many state government employees. It is from here that they withdraw their pensions. Senior citizens depend on it, as the rate of interest for post office small savings schemes is always a little higher than that offered by banks.

Not long before my father died, Prime Minister Narendra Modi floated Digital Bharat. One day, my father returned home quite late into the afternoon and without money too. “Link failure. What does that mean?” he asked me.

After my father’s death, when I started operating the post office account myself, I considered shifting all the money to some bank or the other. My husband urged me to consider shares, but I am very sceptical of the share market.

Like my father, I am old-school when it comes to savings, and small saving schemes of the post office seem safer and more attractive to me. So, when my agent told me that the post office was offering an ATM card, I was relieved. The only glitch — my old account was not “ATM enabled”, hence I had to open a new account. But when I got the documents for my new account, I got everything except the ATM card. “We have run out of ATM cards,” the postmaster announced. It has been three years since then; I am yet to get my ATM card.

The last time when I nudged my agent for it, she said, “It is good that you have not got one. This post office has very few ATM counters. And the ones that have them, hardly ever have any money.”