Advertisement
Home / Culture / Music / However mighty the singer, many have a few unreleased efforts

However mighty the singer, many have a few unreleased efforts 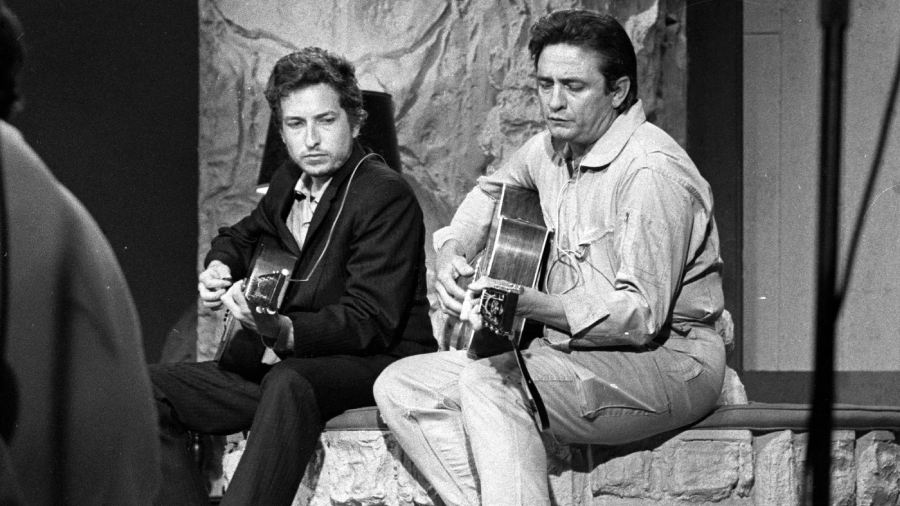 The two iconic singers had known and admired each other for the better part of the 1960s to the point that Johnny Cash presented Bob Dylan one of his guitars at the Newport Folk Festival in 1964. Yet, it wasn’t till 1969 the two made music together though the exercise was incidental. Dylan was in Cash’s hometown (Nashville of course) to record Nashville Skyline while the Man in Black was working in the studio next door. Dylan decided to visit Cash and on February 17 and 18 the pair recorded more than a dozen songs together of which only the track Girl From the North Country had an official release. The rest, which includes I Walk The Line, One Too Many Mornings and Big River, had to rely on bootleggers. In 2019, Bob Dylan released the compilation album Travelin’ Thru, 1967–1969: The Bootleg Series Vol. 15 in which the Dylan-Cash sessions can be heard.

Wanting to go beyond conventional rock ’n’ roll, Jimi Hendrix recorded 16 tracks — he described them as “Like movements. I’ve been writing some of those” — using his Martin acoustic guitar on some cassettes, labelled ‘Black Gold’. The selection was given to drummer Mitch Mitchell to work on but soon after, he died, and the tapes were lost for a couple of decades until Mitchell found them at his English home. Only six songs were issued on posthumous albums while Suddenly November Morning also released later (West Coast Seattle Boy: The Jimi Hendrix Anthology).

After the success of 1973’s Dark Side of the Moon, Pink Floyd wanted to work on something avant-garde — an album that used household objects rather than musical instruments. It was rightly dubbed Household Objects. Hand mixers, light bulbs, hammers, brooms were employed but the going was tough. They would be spending days to get a pencil and a rubber band sound like bass. “Ultimately, to me personally, it became rather unsatisfying,” said Richard Wright in a 2007 BBC documentary. Eventually, instruments were brought in but project Household Objects came to an end, with only two tracks. The Hard Way was released as a bonus track in 2011 while Wine Glasses was incorporated into Shine On You Crazy Diamond, which became the heart of the album Wish You Were Here.

The singer was going through a rough patch. By 1974 his partner, the actress Carrie Snodgrass, had left while his work — Human Highway — with Crosby, Stills, Nash & Young was aborted. This was when he worked on songs like Separate Ways, Love-Art Blues and Frozen Man, which became the album Homegrown. It was as strong as the album Harvest. The cover art was printed and the record was all set for release. This was when he invited some friends, including the Band’s Rick Danko, over for a (debauched) listening session. As the Homegrown tape came to an end, Tonight’s The Night came on the stereo by chance. Danko liked it. Young agreed. And Homegrown was shelved. “It was too personal…. It scared me,” Young told the Rolling Stone. Homegrown was ultimately released in 2020.

When Prince and Rick James were winning audiences, Marvin Gaye decided to woo his fans back and also his estranged wife, Janis Hunter. He decided to make a “straight-ahead make-out party album” titled Love Man. The song A Lover’s Plea bombed and so did Ego Tripping Out. After a few lukewarm performances and debts mounting up, he attempted suicide. He failed. To distance himself from this dark period, he shelved the project and turned towards In Our Lifetime.

After the album Love You, Adult/Child was supposed to be the next one. It was basically a Brian Wilson record and he still had the momentum of the Love You recording sessions. It was recorded at a weird time when the group was about to leave Warner Bros for CBS, so the former wasn’t really interested in another album. Anyway, the recording session went well and there were some good tracks, like Life is For The Living, H.E.L.P. Is on the Way and Lines. But the overall quality didn’t impress the band members, who eventually released M.I.U. Album.

Carly Rae Jepsen wanted to put out music that reflected the ’70s and the effort was supposed to be called ‘Disco Sweat’. “I had an album I named Disco Sweat that will probably never be released, and shouldn’t. I started off with a very strong intention to make an understated disco, living room dance party thing. I think that came from going to Sweden and really digging into some ABBA stuff. Then exploring the ’70s. I did ’80s last time, maybe I’ll do this,” she has told SFWeekly. Too bad it got the shovel.

In 1986, Prince and The Revolution worked on an 18-track double album. But in the latter part of the, year Prince was frustrated with the Revolution and members Wendy Melvoin and Lisa Coleman wanted to leave. The album — Dream Factory — was eventually abandoned though most of the tracks were eventually released, some of them making an appearance on Prince’s Sign O’ The Times in 1987.

During a Wings recording sessions in Nashville in 1974, Paul McCartney started working on Hot Hitz And Kold Kutz (the initial title for the album). The idea was to have a low-budget album release in March 1975 before the Wings album Venus & Mars. The album comprised a few non-album singles (like Hi, Hi, Hi and Junior’s Farm), and some songs that were left over from earlier recording sessions. On his website, he discussed the album: “I thought it would be great, you just put all your top hits on it and then some ‘cold cuts’. But actually when I mentioned it to my record label at the time, they didn’t like the idea of the cold cuts, they wanted everything to be hits, hits, hits! So they didn’t particularly go for that idea.”

Mental illness cut his life short but he was a man whose lyrics were haunting and had champions in Kurt Cobain and Tom Waits. A few months before Johnston’s death in 2019, Vulture published a profile and focused on a lost album of Johnston’s, titled If. It was a collection of music from between 1996 and 2003, when Johnston and producer Brian Beattie were working on the material that would become Rejected Unknown and Lost And Found.

Her third album was supposed to be the “poppiest” thing she had ever done. It was lined up for a 2017 release and it had tracks like Boys and After the Afterparty. Although never officially named, the album was called by fans XCX World. “Even though I think the music is still brilliant, it’s just that time is really tainted because somebody hacked me,” she told Fader in 2019.

In 2011, Drake announced the “push” of It’s Never Enough to focus his energy on creating Take Care, which became his second studio album. “I feel like my mind is truly ready to make this next album now and I don’t want that feeling to escape me,” he said.