When the doors opened for the first time on April 13, 1962, a comparatively unknown band was on stage: The Beatles 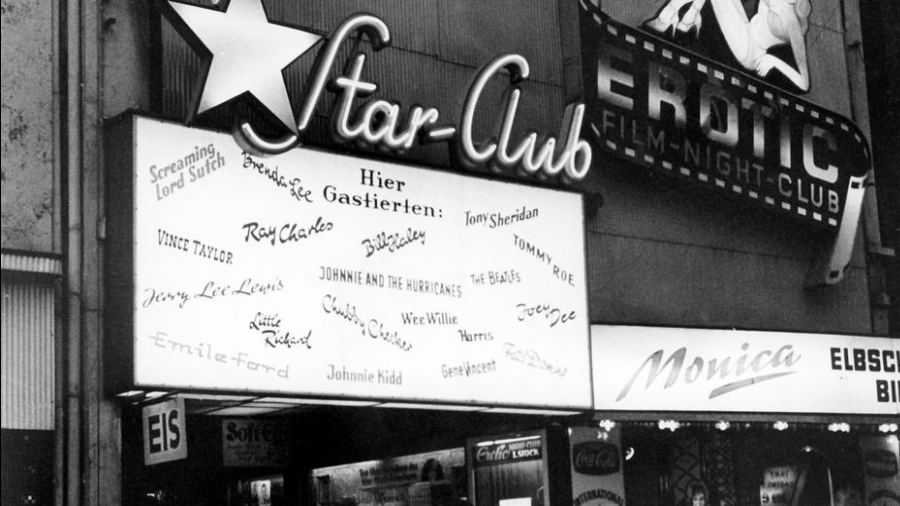 When the doors of Hamburg's Star Club opened 60 years ago, probably very few suspected the pivotal role the rock venue would go on to play in music history.

Over the years, Little Richard, Ray Charles, Jerry Lee Lewis, Jimi Hendrix and many others performed at Germany's famous rock 'n' roll club, which only existed for seven years. It was open every night, all night, with tickets at affordable prices. The club's owner, Manfred Weissleder, wanted to encourage newcomer bands and give them an audience.

Fifteen months after opening the venue, he had "established the club as a well-known institution, a rock center with an international reputation," wrote photographer Günter Zint, according to German news agency dpa, in his book chronicling the Star Club. "Weissleder brought the rock music and the stars to Hamburg that other venues in Germany could only dream of."

The place to be

The Star Club ushered in a unique period in Hamburg and "wrote music history in the seven years of its existence that continues to have an impact today," Hamburg's Senator for Culture, Carsten Brosda, told dpa.

When the doors opened for the first time on April 13, 1962, a comparatively unknown band was on stage: The Beatles.

The band had been to the northern German city before. On August 17, 1960, what were then five unknown musicians from Liverpool performed at the notorious Indra club, right by the city's Reeperbahn red-light district. Pete Best, George Harrison, John Lennon, Paul McCartney and Stuart Sutcliffe used the stage name "Silver Beatles."

There were few gigs for them in their hometown, Liverpool, so the official engagement from a club in the German port city was more than welcome. After their residency at the Indra, the musicians rocked the stage at other Hamburg clubs, including Kaiserkeller, Top Ten and Star Club. It's where the Beatles celebrated their first successes — and removed the word "silver" from the band's name. Their signature mop-top haircuts were also devised in Hamburg.

"It was one of the best places, one of the wildest," recalled Pete Best, adding that Hamburg was where the musicians developed their talent. However, the drummer who had been invited to join the band just days before their first series of concerts in the German city was infamously replaced by the more talented Ringo Starrin 1962.

The band had sparse lodgings right on the Reeperbahn. They were in debt in the bars; the police detained them for causing a public nuisance. Fame and wealth were still a long way off, according to Paul McCartney: "We lived backstage in the Bambi movie theater, right next to the toilets. That's true!"

Birth of the legendary Beatles sound

They each made 30 Deutsche Marks per night for a 7-hour gig that would last until the early morning hours; at the weekend they would play an extra hour. They lived on meatballs, beer and amphetamines. Their repertoire grew with every set. "Eight hundred hours in the rehearsal room," Paul McCartney once jokingly called the Hamburg years. It was a time that welded the band together, and that allowed the legendary Beatles sound to develop.

In many ways, the band that went across to Hamburg was raw and unformed, according to Martin King, director of The Beatles Story museum in Liverpool, the world's largest permanent exhibition devoted to the lives and times of The Beatles. "The Hamburg years are as an important part of the story of the Beatles as any other part of their story," he told DW.

For the older generation, the music their children were listening to was nothing but noise and racket. But for the youngsters, the beat was a rebellion against what was portrayed as an ideal world, even in pop music. The Beatles' loud rock 'n' roll, stomping rhythms and guitar riffs were especially popular. They played whatever they could think of, John Lennon later said. "We were performers in Hamburg's dance halls. And what we generated was fantastic, when we played straight rock!"

They did it so well that music promoter Horst Fascher booked them for the Star Club, where, he said, they learned from watching other stars' stage shows.

The Beatles became increasingly famous. And they recorded their first record with popular British singer-songwriter Tony Sheridan, a folk song with added rock 'n' roll elements. "My Bonnie" became an evergreen and even made it to number five on the German charts.

On New Year's Eve 1962, they played at the Star Club for the last time. The Beatles had become musicians with a mega career ahead of them — a career that began in Hamburg.

There are many myths about the Beatles residency at the Indra Club. One of the more likely tales has it that Paul McCartney used part of the club's address — Grosse Freiheit 64 — in "When I'm Sixty-Four."

True or not, the Hamburg music club today advertises the venue with the slogan "Indra — where the Beatles played first."

The Star Club closed in 1969, and the building on Grosse Freiheit 39 burned down in 1983; it was demolished in 1986. Only a plaque with the names of the most famous guests reminds passersby that this is where international music history was written.