Parenting through lockdown calls for a gallantry award 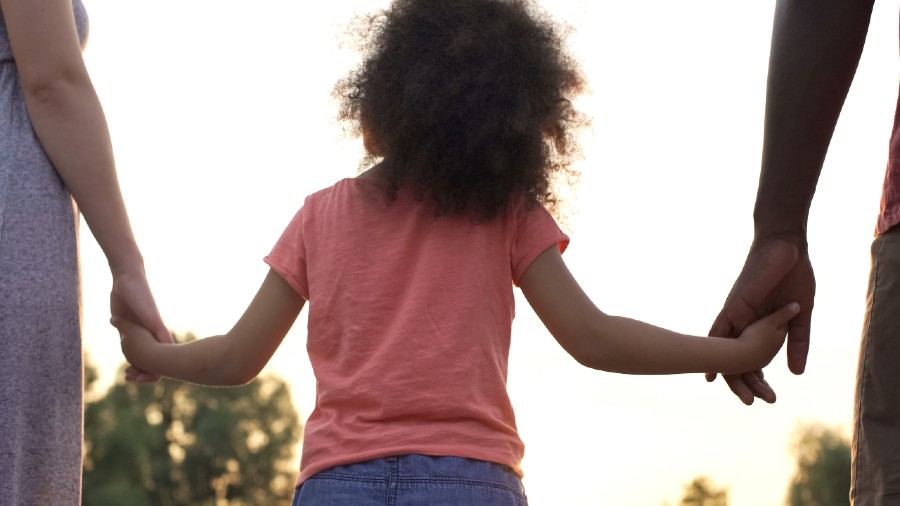 You can well imagine my shock when around this time last year, I learnt that given the pandemic situation the creche was going to remain closed till further notice
Representational picture from Shutterstock
Moumita Chaudhuri   |   Published 21.03.21, 12:31 AM

This April my baby girl, Posto, will turn four, and Ma Me will turn a year older. You see, I gave birth to her all right, but it wasn’t until the pandemic year that I learnt to be a proper mother.

My story is the story of tens and thousands of working mothers. After six months of maternity leave and six anxious months of amateur home care, Posto started going to the creche. At what point she transitioned from being dragged in kicking and screaming to dragging us there kicking and screaming, I have no recollection anymore.

It is at the creche that she learnt to drink out of a glass instead of a feeding bottle, this is where she learnt to call a fork a fork and a spoon a spoon. One day her teacher at the playschool — which is an extension of the creche — shared with me a video of her showing off Posto’s fine dining skills. I kept myself well updated, kept in close touch with the creche staff, but all said and done, I was not the primary caregiver.

When she took her first tumble it was “Mau didi” who picked her up, if she threw a tantrum, it was “Jonti didi” who pacified her. One time she came home and showed us a yoga pose she had learnt, and this was way before she had learnt her alphabets. Another time she sang “Amra chobai aja” all the way from the creche to home and right through dinner till she fell asleep.

So, you can well imagine my shock when around this time last year, I learnt that given the pandemic situation the creche was going to remain closed till further notice.

All of a sudden, I realised I had no control and little knowledge of the intimate details of my baby girl’s daily routine. And what do you know, Posto, who was till yesterday hungry for mother’s love was now livid with this change of schedule.

She wanted to be dressed up and sent to the creche. At lunch time, I would grit my teeth as she refused to swallow even a morsel of what I cooked. I sang to her, told her stories, tickled and scolded and coddled, but all she said was — “Creche-e khaabe... I eat at the creche.” Refusing to give up, I decided to serve her “creche food”. I knew she loved oats, so I made oats, but the little tyke simply said, “Didir oats.” Meaning, she preferred the oats Didi made at the creche to mine.

In retrospect, all of this does sound adorable, but at the time it was a nightmare.

In the meantime, her tantrums kept growing. She had also made a new friend. Her father’s mobile phone. She would play YouTube on it ad nauseum. Old MacDonald didn’t get a break for weeks on end. And then one day her father put the phone out of her reach. More tantrums, more tears, but to no avail. Posto had sent gibberish messages to his office group and some gifs. After the initial fury, when her father tried to have a heart to heart with her, Posto kicked his laptop. It was on the bed beside her, and her soft kick was just hard enough to make the laptop fall off the edge with a loud crashing sound; just enough to dent the motherboard — no pun intended.

The days flew. At some point Posto started eating the food I cooked. She has also started communicating in complete sentences. I notice now that every tantrum is preceded by a warning; I have learnt not to ignore those red flags.

Since I could not change her schedule, I changed mine. I have started waking up at six in the morning and logging in to work. I prepare and have breakfast, cook a basic lunch, bathe and share a cup of tea with the husband, all before the little tyke wakes up. Once she is up, with some help from YouTube, I feed her and clean her and finish the rest of the chores till she falls asleep again.

Her father has had to tweak his own routine too. Between his video calls and mine, little Posto has now learnt to whisper. Sometimes, depending on my tone or his, she will tiptoe out of the room, a finger covering less of her lips and most of her nose, and even shut the door behind her. One of these days, she startled me by walking into the room with my laptop in her hands. As I steeled myself mentally to pay for another motherboard, I noticed she was trying to be as careful as possible. She placed the laptop next to me and with an angelic smile lisped, “Tumi phone karo, amake eikhane gaan dao... You use the phone, I want to listen to rhymes on this.”

Recently, she asked me, “Mamma, why am I not going to school?” And then gave the answer herself with a giggle — “Ei coronaviruch...”