Advertisement
Home / Culture / ‘We need under-14 teams for girls’

‘We need under-14 teams for girls’

Mithali Raj, one of India’s most accomplished cricketers, says what it means to be a woman playing the game 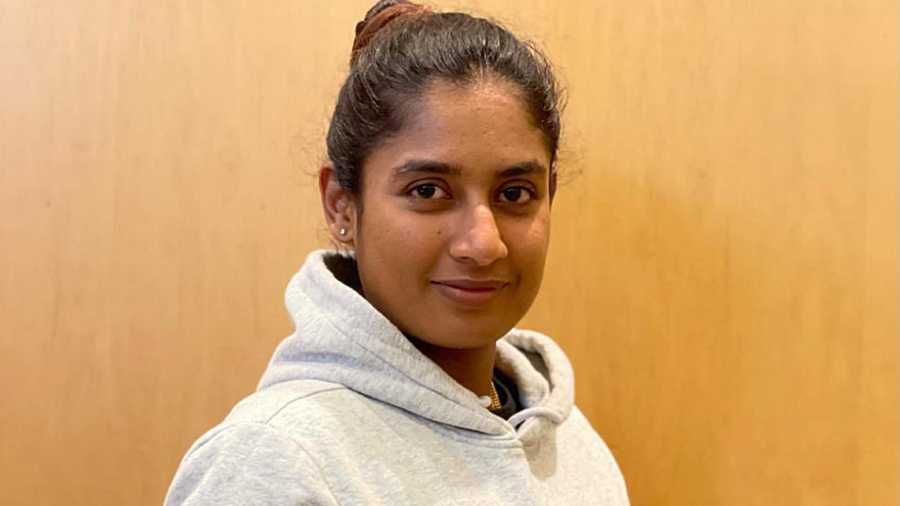 I come from a middle-class family. Had it not been for my parents, I would not have come this far. Both of them worked to support me financially when there was hardly any money in the sport.” That is Mithali Raj, captain of the Indian women’s cricket team, speaking to me from her home in Hyderabad. At the time of this interview, she is doing a six-day quarantine before heading off to the camp in Bangalore for the upcoming Australia tour. Her voice is thoughtful, her tone cautious.

She continues, “I am a Tamilian; in my family a career in sports was not considered appropriate for women. None of my cousins is into sports. My grandparents were not happy that I was getting into a sport that was rough. My grandmother told my mother, ‘She will turn dark from playing in the sun and then who will marry her if a ball gets her on the face?’”

At this point it seems to me that Mithali is enjoying sharing and reliving these anecdotes. Come to think of it, in our country, the life of a Tendulkar or a Dhoni is familiar to all strike by strike, but their female counterparts continue to play under a gender cloud. And quite literally too.

When I ask Mithali if it feels odd to play in empty stadiums now, given the pandemic, she replies with a laugh, “In women’s cricket we are used to it. When we were with the WCAI (Women’s Cricket Association of India), we hardly had people turning up for our matches. It’s only when matches started being televised in 2017 and post the World Cup that year that spectators started filling the stadiums.” As part of the International Cricket Council’s initiative to develop women’s cricket, the WCAI was merged with the Board of Control for Cricket in India or BCCI in 2006.

But yes, Mithali loves playing before a crowd. She says, “It gets the best out of a cricketer. It is also a platform to promote women’s cricket. A lot of young girls come around to watch.”

With the BCCI coming into play, much has changed. Mithali, however, talks about that which is still missing. “In boys’ cricket, there are under-14 and under-16 teams. Unfortunately, we do not have such a structure for the girls. We do not have under-14 school teams for girls.”

Beginning December 2021, the ICC will be launching an under-19 women’s cricket World Cup. It will be hosted by Bangladesh. She continues, “Now, when the ICC is coming up with the under-19 World Cup, I think it will be helpful if we can increase the pool of players, especially in the under-16 category... If you have school teams for girls and inter-school tournaments, there might be one or two people who might eventually play for India. Yuvraj Singh, Mohammad Kaif have come up from the under-19 teams.”

Mithali came to play cricket entirely by accident — she was training to be a Bharatnatyam dancer. It seems that anxious to rid her of her late rising habits, her father, a retired air force serviceman, signed her up at the cricket coaching centre where her brother went. She says, “It was an all-boys camp and most of the time I was sitting around and watching. One day the coach threw a couple of balls at me. I must have done something right, because the next thing I knew was that I was in a co-ed camp.”

Her brother went on to become an environmentalist — “he was not at all serious about the game”. Mithali went on to become the highest scorer in international women’s cricket, crossing the 10,000 mark across all formats and in doing so breaking the record of England’s Charlotte Edwards.

Mithali has been with the Indian team for more than two decades now. We chat about her experiences — training and captaincy. She speaks fondly of  her senior Purnima Rao. And then at some point we start discussing her reading habits; she seems to read a lot. There was that visual of her reading Rumi on the sidelines during a game. Mithali says with a laugh, “When we were with the WCAI, we had to commute to various places for camps or games by train. That is when I got into the habit of reading. From Hyderabad to Delhi is a good 24-hour journey. And most of the time I used to be the only person from my state attending the national camp. I had to do something.” And she reads Rumi, most of the time? “No, no. I used to carry a Kindle till the ICC banned WiFi in the stadium. That particular day I had no book with me, so my fielding coach lent me his Rumi.”

Mithali apparently loves to read fantasy fiction. Her other favourites are crime thrillers and biographies.

Speaking of biographies, her own biopic is in the making. Sabbash Mithu , directed by Priya Aven and Srijit Mukherji, will have Taapsee Pannu playing the lead. Says Mithali, “Being an active player, I do not have the time to go to the shooting to see how things are shaping up. But kudos to Taapsee for getting into the role. She worked hard to pick up batting.”

1982: Mithali is born in Jodhpur to Dorai Raj and Leela Raj

1999: Makes her ODI debut against Ireland

2003: Bags the Arjuna Award 2005 and 2017: Leads India in the Women’s World Cup final but loses to Australia and England, respectively

2019: Resigns from the T20 international format

2021: Leads India’s Test squad against England; becomes the highest run scorer in the world across formats during the third ODI