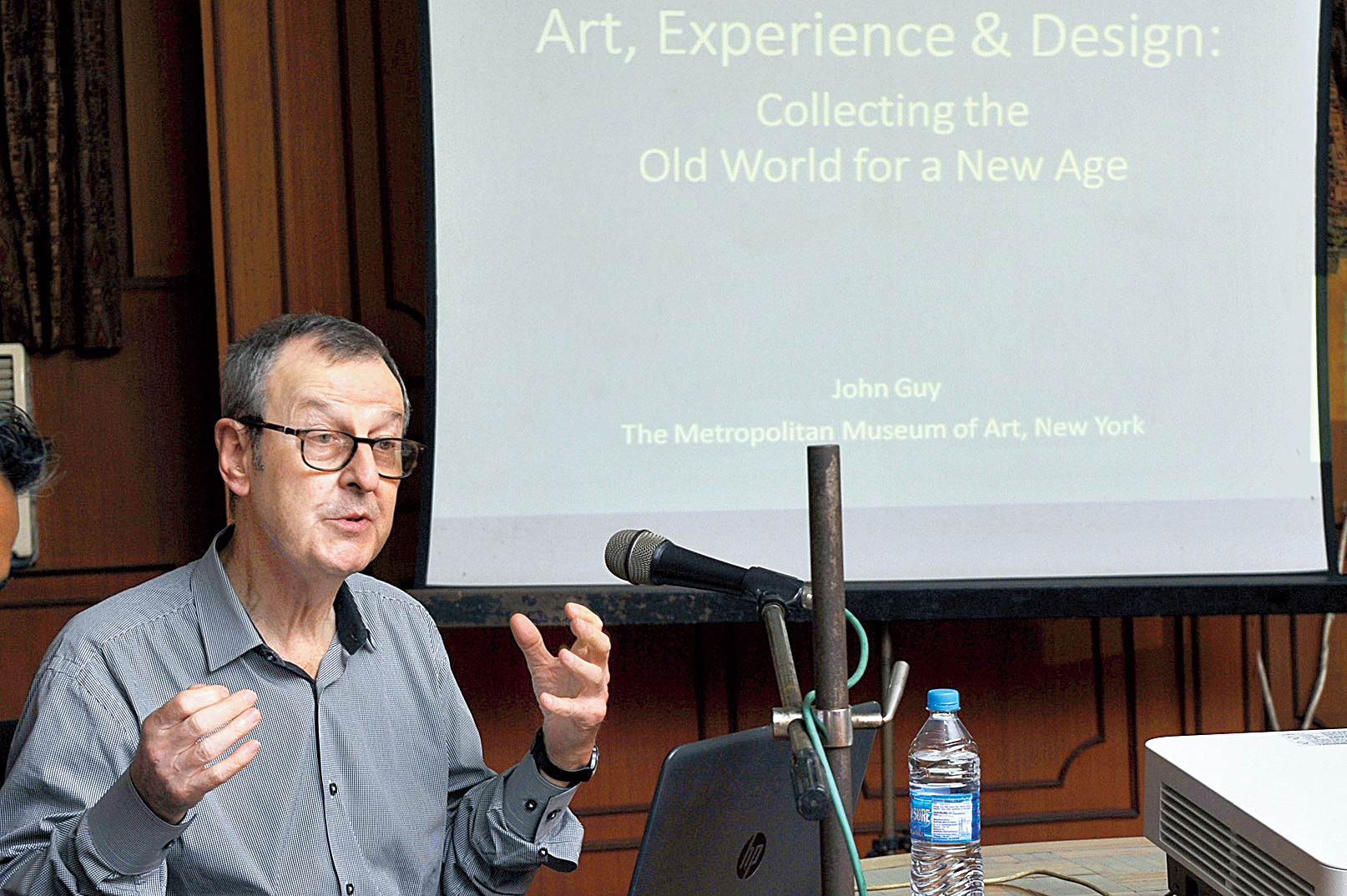 The Metropolitan Museum of Art (the Met) will source artefacts from Indian Museum and 11 other museums in the country for an exhibition celebrating the 150th anniversary of the New York institution in November 2020.

John Guy, Florence and Herbert Irving Curator of the Arts of South and Southeast Asia of the Met, was in town to discuss the list of artefacts to be borrowed from Indian Museum.

“We will celebrate the 150th anniversary of the Met in 2020. We are going to have a series of programmes and exhibitions to commemorate the occasion. One of the exhibitions will have a Buddhist theme and I am here to select the different objects that can be borrowed from India for the exhibition. Titled ‘Tree and the Serpent: Early Buddhist Art of Southern India’, it will exhibit different archaeological objects from the beginning of the Christian era,” Guy said.

Some of the other museums in India from where the Met will borrow artefacts include the Archaeological Survey of India, Telangana Museum, Patna Museum and National Museum.

“Guy is here on a recce of the museums. He will see our collections. The Met has submitted a list of the artefacts they would like to borrow from us. They collated the list from our portal and publications. It has more than 20 items, of which we can only share five,” said Rajesh Purohit, director of Indian Museum.

Indian Museum does not share artefacts belonging to the AA category (precious objects).

Once the objects are identified for the exhibition, they will have to be evaluated by the conservation and scrutiny departments of the museum before being approved by a committee in Delhi. “Only then they can leave the country for the Met exhibition,” Purohit said.

India sends its museum pieces for exhibition to Singapore, Japan, China, France and Belgium, among other countries. “But there is hardly any reciprocation.... No antiques come from China, Japan or the US,” the director said.

The Asian Art section of the Met is the most attractive and most visited section of the museum, Guy said. The Met receives 7.2 million visitors a year and its website registers an annual traffic of 35-40 million.

The curator delivered a lecture on “Collecting the Past: Old World-New Age” at Indian Museum on Thursday.

According to Guy, the Met has in recent times returned to India two ancient artefacts — an eighth-century stone sculpture of Mahishasuramardini and a third-century limestone sculpture, which is the head of a male deity.

A statement issued by the Met said the stone sculpture had been donated to it in 2015.

“In the course of research, the museum staff recognised it from the 1969 publication The Archaeology of Kumann by K.P. Nautiyal, in which Durga was described as being housed in the Chakravarteswara Temple at Baijnath, a medieval capital in Uttarakhand, in northern India,” the statement said.

The museum had received the stone sculpture of the head of a male deity in 1986.

It was recently concluded that the sculpture was part of the excavated inventory of Nagarjunakonda Site Museum.