Advertisement
Home / Culture / Everybody loves a bit of Identity Polikicks

Everybody loves a bit of Identity Polikicks

The Calcutta Women’s Football League is set to take off on January 5 and the men’s league in March. Both will witness the debut of a club each 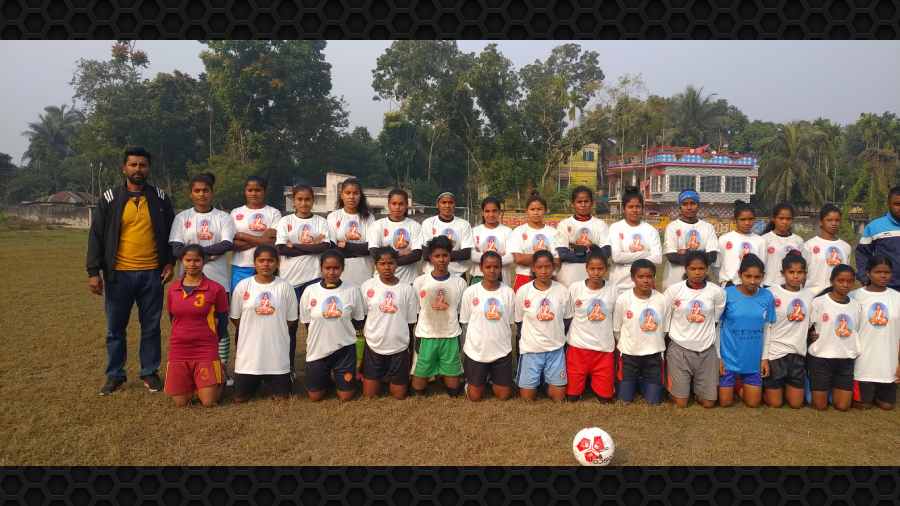 For former footballer Gautam Thakur it is a dream come true — the debut of Matua Sarojini Naidu Orient Sporting Club and Matua Milan Bithi Football Club. Matuas belong to the socially backward Namasudra community; they came in different waves, beginning with Partition. He says, “Matua youth have been playing football for many years but there was never a club that was solely run by people from the Matua community. Mohammedan Sporting Club was run by Muslims and we shall follow in their footsteps now. After all, (religious heads) Harichand Thakur and Guruchand Thakur always promoted development through education and sports.”

Thakur might insist that football has nothing to do with religion, caste and creed, but it certainly has plenty to do with identity politics. And this is not the first time a football club has been formed in Bengal based on a community identity. Historians point out that Mohammedan Sporting Club was founded in the late 19th century by Progressive Muslims of Bengal to “establish a cultural identity of the Bengali Muslims”.

At the time of the formation of the women’s club in March 2021, BJP MP Shantanu Thakur had been at the helm. But the current president is the Trinamul’s Mamatabala Thakur. No one will say for sure when this shift happened and why, but obviously in this case the political affiliation of the president comes second to the Matua identity.

The men’s club is three years old. Thakur says, “The team has been practising in Nadia’s Bagula village; it used to participate in local tournaments. It is made up of experienced footballers who have played for Kalighat Club, Mohammedan Sporting Club, Adamas University Football Club, YMCA Club, Goan Association of Bengal... But new players will be inducted closer to the date of the match. Selection is not over yet.”

The women’s team is nearly a year old. Selections are over and at present, the team is camping at Thakurbari in North 24-Parganas’ Thakurnagar. Thakurbari is the temple-cum-political nerve centre of the All India Matua Mahasangha. Ahead of the 2019 general elections, PM Modi met Matua matriarch the late Boro Ma here.

Mamatabala Thakur or “Ma” invited players from all over Bengal to join the women’s team. Says Khagendranath Barui, who is the general-secretary of the All India Matua Mahasangha, “There are players from Siliguri, Kalimpong, Jalpaiguri, Malda, Coochbehar, Nadia...” These are incidentally areas that have significant numbers of Matuas.

While to the rest of Bengal and India, the birth of the two clubs might seem like a foregrounding of Matua identity, for the community itself, they possibly  work like outreach programmes. At least, that seems to be the template.

Rajdeep Nandy is one of the coaches for the men’s team. His parents, former footballer Ratna Nandy and former coach of Mohammedan Sporting Club Raghu Nandy, own Sarojini Naidu Orient Sporting Club. Nandy says, “My parents’ club used to support the women’s team from Jangalmahal. When the government changed in 2011, it was my mother who decided to promote women’s football in Jangalmahal, which was till then the den of Maoists and a hub of terror activities.” According to Ratna, football saved the youth of that geography. A decade on, footballers are working as civic volunteers or home guards. She says, “They have secured these jobs through the sports quota. One of my girls will be taking the exam to become a sub-inspector.”

“It is a matter of identity, no doubt, but it is also a matter of growth and development. Today Jangalmahal’s Mamata Hansda is going to play in the national team,” says Nandy. Barui interjects, “Mamatabala Thakur has done everything from taking care of the players’ food and lodging, training and grooming. She has taken all steps in providing this platform to Matua women such as Riya Adhikari, who have so far played for other clubs.”

The freshly minted club logo shows a football with Harichand Thakur’s image in the centre. An anthem has been composed too and the catchphrase — a strange amalgam of a typical Matua chant and Obama’s slogan from the 2008 US presidential polls — goes “Joy Haribol. Joy Football. Yes, We Can.”

In other news, when the Bengal BJP decided to rejig its state committee in the last week of December, it did not include anyone from the community it had wooed so doggedly in the run-up to the Lok Sabha polls and the Assembly elections. Five MLAs quit the party WhatsApp group and it has been reported since that Shantanu Thakur has escalated the matter to the BJP president, J.P. Nadda. Mamatabala Thakur has extended an invitation to him and all five aggrieved MLAs to join the Trinamul ranks.

For sure, the game has begun long before the match can start.