‘Liberation (war) didn’t mean we lived happily ever after’ 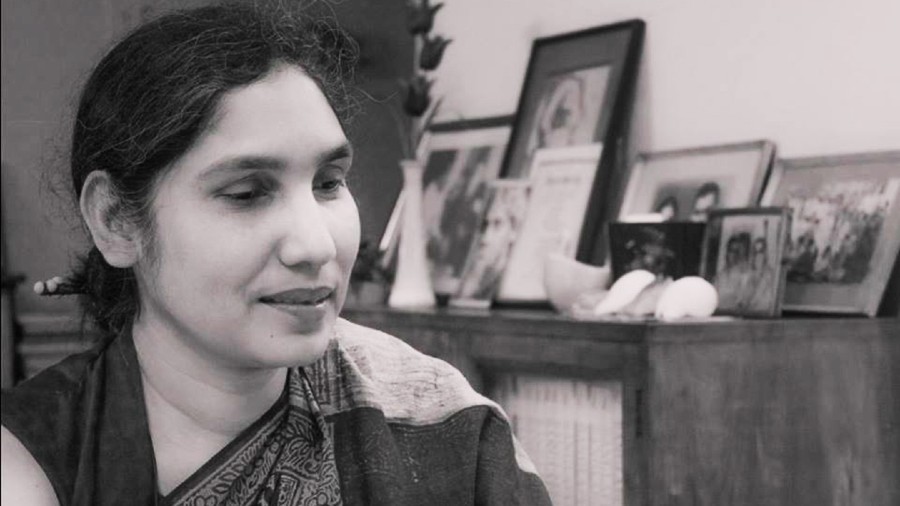 Najneen Sultana was a girl barely out of her teens when her hometown in Bangladesh’s Chattagram turned into a training centre for the muktijoddhas prepping for the Liberation War of 1971. The Bengali term for the war against Pakistan is Muktijuddho and the freedom fighters from Bangladesh, then East Pakistan, are known as muktijoddhas. Najneen was used to seeing young people receive military training at her parents’ home in Rangpur. They would stay with the family and leave only when their training was complete. Arms and ammunition were kept stacked in one of the rooms. Najneen’s narrative finds place in Nishat Jahan Rana’s Janagalpo ’71, a collection of eye-witness accounts of the nation’s freedom struggle.

“If you think of these works as just another exercise in writing, you will miss the thought behind it and the intent,” Rana tells me, over a video call from Dhaka. “Even before 1971 people here were fighting against suppression, against inequality; people were angry, they were agonised and a deep underlying protest had taken shape over the years, almost from the time of Partition in 1947,” she adds.

Rana speaks impassionedly and with urgency, but her manner is not aggressive. She does not duck the controversial bits, but she never sounds bitter. She speaks a very chaste Bengali and peppers her sentences with very visual metaphors.

This year Bangladesh is celebrating the 50th year of the Liberation War. Rana continues, “When the war happened and we got a land to call our own, it didn’t mean we would live peacefully thereafter.” She goes on to talk about how the assassination of the chief architect of Bangladesh, Sheikh Mujibur Rahman, four years later cast a shadow on the birth of the new country, and how the two things will forever remain entwined in public and political memory. She says, “This is also the birth centenary of our jatiyo pita. Despite the pandemic, there is celebration in the air. Janagalpo ’71 is another way of commemorating the occasion.”

The people of Bangladesh lived under a military regime for nearly a decade and a half after Sheikh Mujib’s assassination. Says Rana, “This period had the same suffocating feeling that prevailed before 1971. These were the very people who were opposed to the idea of a free Bangladesh. And now they tried to tamper with the history of the Liberation War.”

Rana describes the condition of Bangladeshis post-1975 as a caged people flapping their wings. She continues, “As a result the generation that came thereafter, those who are today aged between 25 and 40 years, did not have at their disposal a reliable history of the struggle of 1971.”

She goes on to talk about the need to recognise, now more than ever, that the war had not been about a few thousand armed men and women fighting the tough fight. “It was as much about those who migrated to India as sarnarthis or refugees and their struggle. And it was about all the struggles of all those people who stayed back and in their own way supported and fed this greater struggle.”

Rana points out that these micro histories related to 1971 were never really documented. Growing up, she says, there was an expectation that there would be governmental and organisational initiatives to do something about it, and there were indeed some stray attempts but never any consolidated sustained effort. And yet time was streaming furiously, swallowing up eyewitnesses, denuding memory.

Rana says she felt the need to step in, record whatever personal records remained, salvage history, for researchers and for posterity. For nearly seven years now, Rana and her team have been tracking down people who have had first-hand experience of the war, collecting written narratives. In cases where the interviewees are too old or ailing or illiterate, they record their accounts, transcribe them and have them vetted. This is a continuous exercise and these accounts are being published in a volumised manner by Rana’s publishing house Yukta.

I am curious how the two volumes of Janagalpo have been received by the youth of Bangladesh. Rana claims it has sharpened the focus on an otherwise generalised and amorphous narrative. She says a lot of young people have come forward offering to help her locate those who might have a 1971 story to share.

Is she apprehensive that what is meant to be a corrective might dovetail into a global narrative of hyper nationalism? Rana doesn’t even begin to address the hyper nationalism question. Instead she says, “It never hurts to know, to be informed about historical events and their mechanics, the partisan politics, the politically motivated manoeuvres. Knowing the past shapes one’s judgement of the present; it helps sift the grain from the chaff.”

Rana’s gentle crusader’s zeal for getting the history right, the facts in place, possibly stems from her early training as a journalist as well as her post-university experience of working in the villages of Bangladesh. She says, “In the early 90s, the literacy rate of Bangladesh was abysmal, women’s literacy was a sadder story.” From working to improve women’s literacy, Rana got involved in initiatives meant for women’s empowerment. During that time, she did a documentary, which she called Muktir Khonje, or In Search for Freedom; it was on women who lived in the slums and worked in the garment industry. Rana also wrote about these women and their working conditions in her magazine Garments Katha.

The conversation veers towards Bangladesh’s world famous garment industry, also the country’s largest export business. Rana says, “Shoshon chhara to kono byabsha chole na... there is no business where there is no exploitation. But with education and economic success, our women are no longer invisible participants but lead actors in a very visible economy.”

From talking about the visible and the invisible we end up discussing the insider-outsider narrative constantly unspooling in the world and the neighbourhood, a lot of it involving Bangladeshis. After a pause, Rana says with no reference to specifics, “The world is mine and so is its variety. Every flower is not a rose. Every fish is not ilish. Every river is not the Padma. But in themselves they are complete and with a distinct identity. Distinct, different, these are not necessarily bad things.”

And when differences don’t divide, similarities do, shared legacies too. She may or may not have heard of the sparring between political parties over Tagore ahead of West Bengal’s Assembly elections. And there is a section that claims Rabindranath Tagore has found a worthy progeny in Bangladesh than in India. Does she have anything to say?

Says Rana, “Perhaps the farmer tilling the land does not need Rabindranath, but even to him Rabindranath’s message reaches through our national anthem. For the middle class and lower middle class in Bangladesh, Rabindranath is present in the everyday, in every moment, in every utterance and in every idea. He is the inevitable and he is the refuge. In Bangladesh’s andolon, our struggles, be it in the 1960s against West Pakistan or now, Rabindranath has been and remains entwined. And that is why there was [in the 1960s] an anti-Rabindranath lobby as well. But the more they tried to suppress, snatch away, he became all the more dear to us. His philosophy, his thoughts about education, everything remains relevant to date. Even in the course of our Muktijuddho we have remembered Rabindranath time and again.” 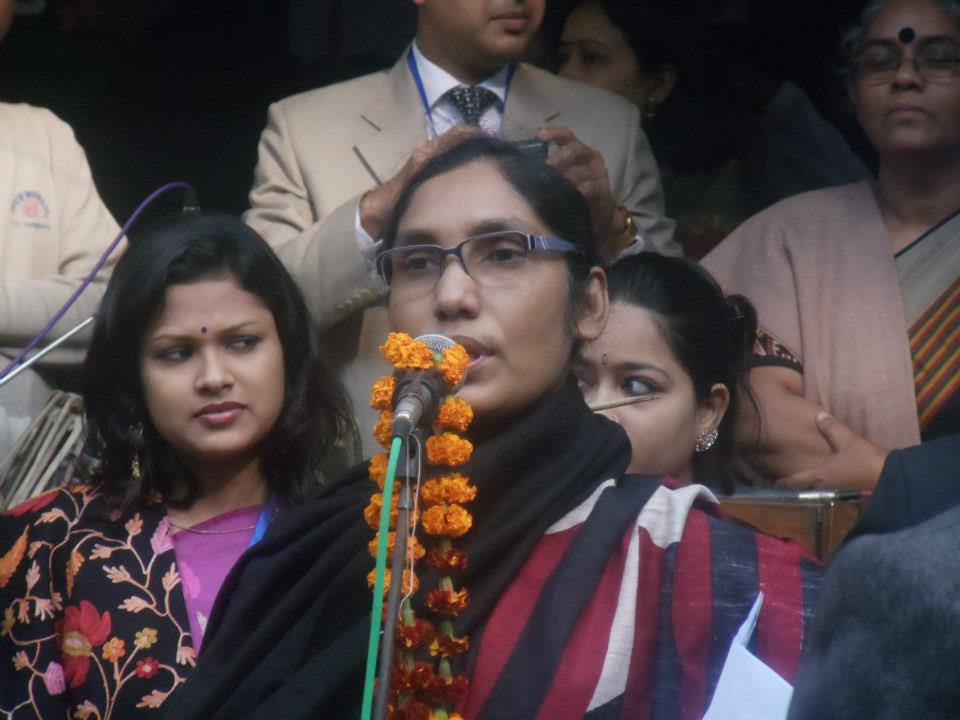 1963: Rana is born to Abdul Wahed Chowdhury and Anoara Begum in Bangladesh’s Rangpur

1984: Does her master’s in English from Rajshahi University

1990: Joins Campaign for Popular Education, an NGO working in the education sector. Works with them for seven years

Serves as the director for the advocacy programme of Gonoshahajjo Sangstha. The NGO would conduct programmes in democracy, rights and governance

2000: Establishes Yukta, an educational and cultural organisation, and thereafter a publishing house by the same name

2015: Starts work on the compilation Janagalpo ’71