The bright lights at Jallianwala Bagh don’t highlight history; they smother it 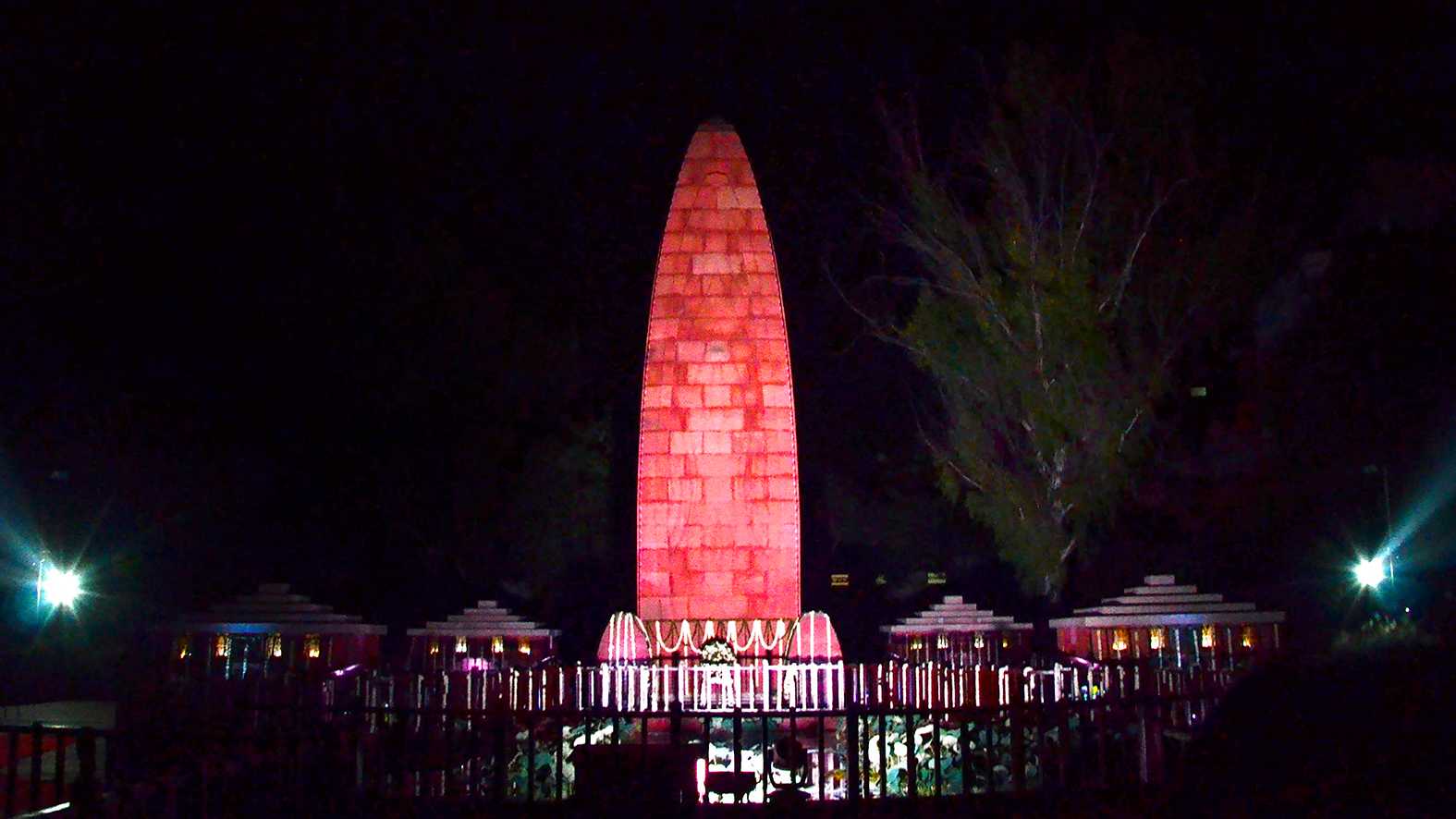 As Modiji unleashed a S&L show at Jallianwala Bagh recently, what came to light were the contours of a future in which the nation may no longer have a sense of its past.
PTI
Uddalak Mukherjee   |   Published 26.09.21, 12:10 AM

Baba, abar tsunami ashche naki go?” Children, their proud parents like to believe, are head-turners. The speaker of these words, a child of about seven, turned heads for entirely different reasons. He was part of a patriotic audience — it included me — that had gathered to watch the sound and light show on a gloomy night at the Cellular Jail in Port Blair.

Minutes into the performance — the son et lumière (S&L) is inevitably a razzmatazz — we heard a low rumble that soon went on to become a deafening growl. The prescient child, the one who had rung the warning bell, had been the first to turn his head towards the sea. We instinctively followed his cue. As the sound grew thunderous, the lights, in a manner of speaking, dimmed within our hearts. We were inside a prison — literally — which, we feared, could soon turn into our watery grave.

The mighty wave was nowhere to be seen though. Mercifully, one of the Four Horsemen of the Apocalypse galloped past us soon enough: the rumble, dear reader, had emanated from hidden speakers, an integral feature of the S&L marvel universe, to simulate a charging cavalry.

We sighed in relief, the flickering lights in our souls became steady. One particular point of light, we noticed, had burnt bright even in the course of all that commotion. A red beam had lit up one cell in a corner of that imposing, chilling edifice. The voice of the sutradahar, Om Puri — a sound and light show cannot be complete without sound, even if it is in the form of a phlegmatic voice — let us know that the Red Room housed V.D. Savarkar during his incarceration. Given the times, no wonder it was made to shine brighter than the rest of the cells.

Paul Robert-Houdin, of course, cannot be blamed for these tweaks in the lighting arrangement. The Frenchman had pioneered the concept of son et lumière, a form of nocturnal spectacle, that involves setting up and then arranging special illumination, accompanied by music, sounds and narration, to throw a flood of light on historic edifices. The world’s first S&L show had taken place at the Château de Chambord — one of France’s most recognisable examples of Renaissance architecture — and had been curated by Robert-Houdin. Since then, light has dazzled and sound enlivened many a ruin whose history, otherwise, would have remained in the dark. The Great Pyramid of Giza in Egypt, the Palace of Versailles in Paris, the Château de Septfontaines in Luxembourg, the Parthenon in Athens, Rome’s Forum Romanum, Mount Vernon and Independence Hall in the United States of America, Canterbury Cathedral in England and, in a first for Asia, the Red Fort in New Delhi and, then, subsequently, Jantar Mantar, Khajuraho, Purana Qila, Cellular Jail, Victoria Memorial — Robert-Houdin’s magic has touched each of these structures.

The wizardry has also evolved over the years. Pyrotechnic has been added, on occasion, to add to the theatricality of S&L shows. But technology has its limitations and the spell may get broken. During the Cellular Jail show, the sound of the whip being cracked on the hapless freedom fighters went on for a suspiciously long time. Moments later, we realised that what had prolonged the aural agony was the cracking sound made by some members of the audience who were bringing their bare hands down to crush mosquitoes — a species as adversarial and merciless as the British jailers — that were swooping down in the dark.

Robert-Houdin may not mind these slips. But what is certain to get his goat — “Merde!” he would have thundered — is the use of his invention to illuminate not the past but the future.

The Indian Prime Minister must claim credit for this sorry spectacle.

As Modiji unleashed a S&L show at Jallianwala Bagh recently, what came to light were the contours of a future in which the nation may no longer have a sense of its past. The garish murals, a renovated entrance, the Martyrs’ Well besieged by glass — conscientious citizens and historians were shocked by the desecration of the history of a nation as well as of the sacrifice of those who had been martyred by General Dyer.

The possibility of such martyr-dom recurring in New India cannot be ruled out yet. The Parliament complex in Delhi is being altered by Mr Modi’s government, metaphorically as well as literally. Sabarmati — Mohandas Karamchand Gandhi’s ashram in Ahmedabad — which is being threatened with renovation, could undergo an equally Kafkaesque transformation.

Apologies, Monsieur Robert-Houdin; for light and sound are being used in India to dismantle history, brick by brick.