Businesses will come and go but festivals are here to stay 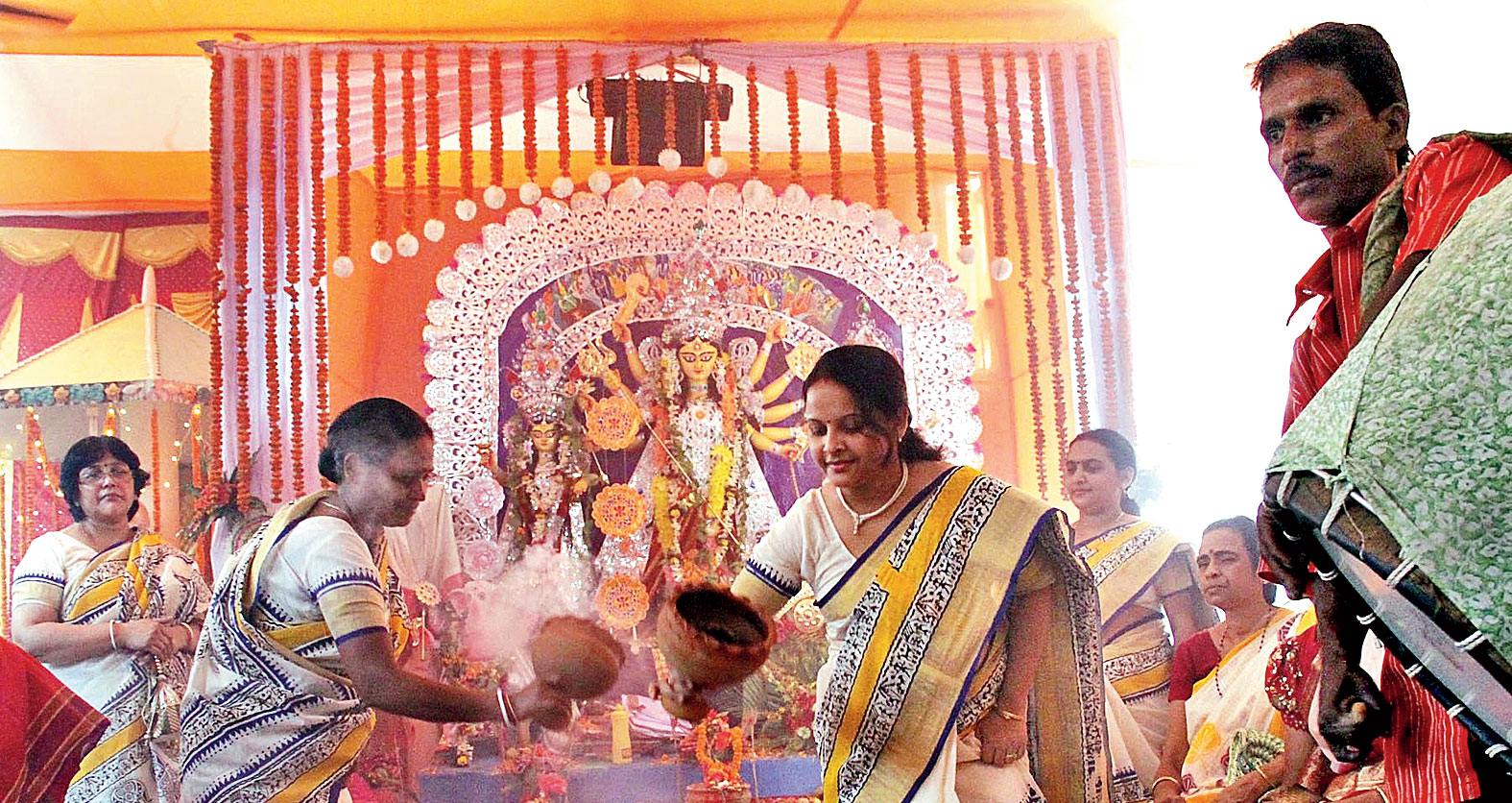 Last year, with a delegation from the West Bengal government, we had a number of conversations in the UK. One of them was at Hay-on-Wye, about its Festival. It’s a small village in a remote part of Wales. The nearest railway station is a two-hour drive. For the week of the festival more than 200,000 people arrive there. Think of everything that happens in way of town administration, which has to support health, security, sanitation, food and accommodation. This one festival transforms this remote location and it remains no longer dependant on agriculture,” says Debanjan Chakrabarti, director of British Council (East and Northeast India) while sipping coffee at Kolkata Centre for Creativity.

Moments before meeting t2, he spoke from the heart at the first Festival Connections event. Festival Connections is one part of British Council’s new three-year programme called Festivals for the Future, which aims to support “the long-term development, economic empowerment, and systemic change” by working with festival organisers, leaders, artists and stakeholders, enabling growth in the Indian festival sector.

Excerpts from the chat.

What’s the idea behind Festivals for the Future?

Festivals for the Future is about supporting the festival sector. It is not about British Council organising festivals but working with existing festival organisers and strengthening that ecosystem. So it is about bringing about a systemic change in the festival sector, which is a massively expanding sector, in the UK, in India and elsewhere. We are launching Festivals for the Future as a three-year programme and it has two components. One is Festival Connections and the other is Festivals Academy. As part of the former, we are trying to connect the festival sectors of the UK with that of India and getting conversations going about how festivals work and generating insights into the life of festivals.

To give you a context, the UK has over 150 international festivals each year. In Edinburgh, the world’s “festival city”, in August alone there are six festivals, running in parallel or overlapping, when the population of the city doubles. India doesn’t lag behind and some of our festivals are much older than that. Think of Durga Puja in Calcutta. It’s probably the world’s largest arts festival. It does have a faith component to it but like all big festivals, it’s very inclusive. The explosion of creativity around Durga Puja is unparalleled. Not everyone celebrating it are in it for the religious aspect. What happens around it is important.

And festivals go beyond celebrations…

The link between festivals and the economy and livelihoods is a very important aspect. The economy in the 21st century is being shaped around creativity and there are lots of indicators around that. British Council’s research shows that in the last 20 years, creative industries have generated about $2,250 billion, creating 30 million jobs worldwide. In the UK the cultural sector has grown by 30 per cent since 2011. The Indian creative economy sector has grown by 18 per cent 2017 onwards. Music and entertainment and festivals in all its manifestations are an absolute growth sector and are future-proofed from automation and artificial intelligence in many ways.

A moment from the Edinburgh Festival.
Picture: The Telegraph

You also have other arts-centric projects. Do they come together?

There are other components in our work towards the arts. We have an exciting progragmme called Crafting Futures, which has been in India for over a year now and it interestingly started off in Tripura. It’s about linking the crafts sector to the festival sector in some ways. We had a UK fashion designer (Bethany Williams) working with Aratrik Dev Varman who works with women weavers in Tripura and that work was then showcased in Lakme Fashion Week in Mumbai. That’s just the tip of the iceberg.

This is a bigger and longer collaboration. Often it happens that while talking of arts we don’t necessarily look how crafts connect with the arts. Again I need to talk about Durga Puja and how crafts and art come together to create something beautiful. There are a number of players who are working in this place. The government of West Bengal is serious about it, if you look at Biswa Bangla, which is bringing together the crafting communities together and providing a marketing platform nationally and internationally. It promotes Bengal as a place and also Bengal’s crafting heritage and tourism destination.

The tourism component of festivals is increasingly something governments are getting interested in because these are massive employment opportunities, contributing significantly to the economy as a whole. One thing about festivals and creative industries and tourism… when you join all the dots, you have an economic system where income is more equitably distributed. It’s not like the manufacturing sector where even if you bring in a massive production change, much of it is going to be automated. A Rs 10,000 crore investment wouldn’t translate into 10,000 jobs, probably a few hundred. When you get into festivals and the creative industry side, there are a large number of people involved. It’s a massive ecosystem that cannot be automated because that is the nature of the beast. People will always be at the heart of festivals — that is the beauty of it.

Will you look at organisations working beyond dance and theatre?

We are working with people who are working in these sectors. In the last five years we have done a little bit of mapping ourselves. There are 1,280 institutions working in the space of creative industries. Nearly 20 per cent of them are in the festival space. When we talk of, say, music festivals, a whole range of productions are happening, both tangible and intangible. For instance, when I think of what Bangla Natak does in way of heritage crafts villages where chhau mask is produced or baul ektara-dotara is produced… if you look deep at what is essentially a performance and look beyond, you realise there is production happening. Someone is making those tools and instruments, deciding on how a baul dresses up… people are surviving on that. Again, I bring back the story to Durga Puja. A huge number of people just survive from year-to-year on the festival. Think of the dhakis or the amount of food that is sold. If you talk to anyone in the restaurant business — not the upmarket ones — around 80 per cent of their annual revenue just comes from those 10 days. It’s that big. The same happens across many sectors, including retail.

There is also the Festivals Academy…

It will look into more in-depth training aspects of managing festivals. It is about capacity building and running the sector in a more professional way. For example, in the UK there are university courses one can take on sports or festival management. The boundaries keep merging. In terms of structure there is a lot in common as to how you manage these mega shows. There is a lot that the UK can share in terms of expertise of running these festivals but at the same time also learn from the sheer scale of some of the more organic Indian festivals like Durga Puja or Ganesh Chaturthi. How do we measure the impact of our festivals for instance, not just counting the number of people who attend or experience, but what is the wider economic and social benefit to the communities involved?

What do you aim to achieve at the end of three years?

We hope that over three years there will be accretion and accumulations of these connections, sum of the parts will be bigger than the whole. In terms of outcomes, it is about capacity building in this sector and we hope to get more data about festivals per se. The current data sets don’t always talk to one another. For instance, nobody knows the total economic worth of Durga Puja and its wider social impact; it’s something the West Bengal government is interested in and we are supporting their attempt to establish that.