India’s former DGMO argues that the way it has been devised, the new recruitment scheme of the armed forces would adversely alter their DNA 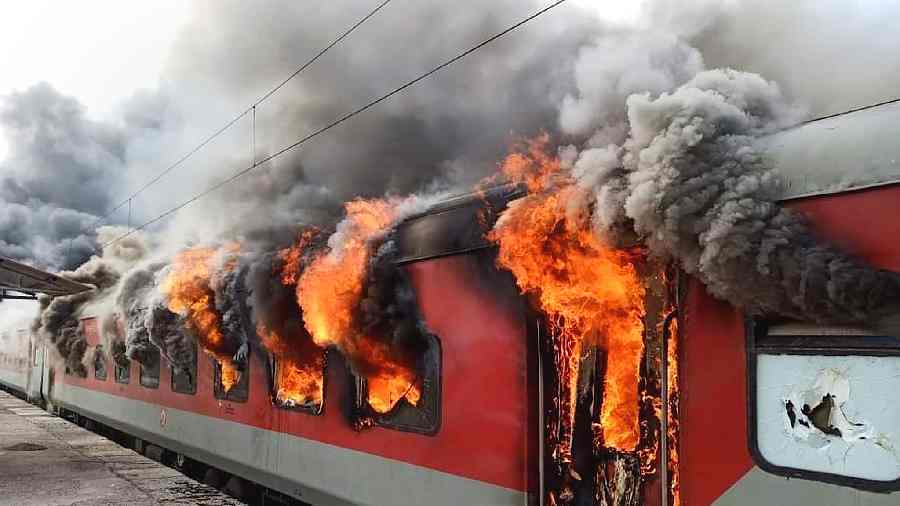 Agnipath, a new scheme to recruit contractual soldiers for four years with 25 per cent being retained on merit, is set to change the very DNA of the armed forces.
PTI
Lt Gen. (R) Vinod Bhatia   |   Published 26.06.22, 03:57 AM

“The soldier is the army and no army is better than its soldiers.” — General George S. Patton Jr

The Agnipath scheme, launched by defence minister Rajnath Singh in the presence of the three service chiefs last fortnight, is definitely transformational. Or rather, it is a transformation that will change the very DNA of our armed forces impacting their time-tested ethos, values, beliefs and combat effectiveness.

The Indian armed forces are by far one of the most respected, battle-hardened and combat-rich machines in the world, with a proven track record of defending the nation. Professional, apolitical, secular, committed and dedicated, they represent the essence of India’s unity in diversity. The Indian soldier, sailor and air warrior has time and again demonstrated selfless service to the nation demanding little except some respect, fighting for the naam, namak, nishan of his unit and regiment. Pride or izzat is the driving force, wherein a soldier makes the supreme sacrifice without a second thought. Soldiering is a way of life, a passion more than a profession.

Agnipath, a new scheme to recruit contractual soldiers for four years with 25 per cent being retained on merit, is set to change the very DNA of the armed forces. The envisaged advantages are a younger profile with the average age being brought down from 32 to 25 years, a more technology-savvy soldier and a pan-India merit-based recruitment system. Henceforth, all recruitment will be under Agnipath. It also aims at providing an opportunity to the youth to serve the nation and contribute to national integration and nation-building. An attractive “Seva Nidhi” severance package for those not selected has been projected as an incentive to join and serve. The intent and aim are laudable and if implemented with due diligence can contribute to the youth being good citizens of our nation and society. If not, this could lead to the militarisation of our society and body politic as Agniveers go back to the villages, rejected, dejected and frustrated.

The key question is whether the new scheme enhances or degrades the combat effectiveness of the armed forces and meets the aspirations of the youth. The definite answer is: No. The scheme disturbs a well-tested and proven system, an organisation whose strength is steeped in centuries-old traditions, history and culture of “Service Before Self”. The recruitment base is the same as is the recruitment criteria and selection system, what has changed are the terms and conditions of service. The best will no longer opt for the armed forces and prefer to join the central armed police forces (CAPFs), police forces in the states, and other organisations seeking job security, serving till the age of 60. Those not selected will opt for the armed forces with the hope of being retained after four years, failing which they’d try for the promised 10 per cent reservation in government jobs.

Two simple traits stand out. One, the soldier will first compete among his peer group to be retained in service, which may lead to unhealthy competition. As a backup, an Agniveer will resort to “Ticket Punching” to take advantage of the promised reservation in government jobs. Soldiers will always be looking over their shoulders for security and safety and will be “Risk Averse”. Risk aversion in a high-risk environment will not only result in mission failure but also in avoidable casualties to fellow soldiers, something unthinkable among the present-day soldiers, wherein they sacrifice their lives for the safety of fellow soldiers and the success of the mission.

Second, Agniveers will suffer from a lack of complete training and inculcation of purpose. Basic military training for Agniveers will now be for 24 weeks, reduced from 36 weeks. There is an old saying that the more you sweat in peace, the less you bleed in war. Professional skill enhancement is through training but Agnipath actually reduces the training period. A soldier takes nearly four to five years to become an effective member of his sub-unit/ship/squadron. The challenge in training is not knowledge and skill, it is the attitude and ethos which takes time to inculcate and imbibe. Another major concern is of the technical trades. A technician may no longer be adept at repair and maintenance tasks of aircraft, helicopters, ships, submarines, tanks, radars, guns, electronic warfare equipment and other specialised military hardware. The Agniveers planned to be inducted through ITIs will need on-the-job training for three to four years before they become proficient.

It is well understood that on account of competing priorities at the national level, the defence budget will be limited and needs to be optimised. It is also a common beliefthat the defence pension budget isballooning, which needs scrutiny— 35 per cent of the defence pensionbudget is the outgo to civilian employees of the ministry of defence(MoD). As they have migrated tothe national pension scheme, thedefence budget will not grow exponentially as is being propagated.A better option could have been toenhance the combat effectiveness byoptimising defence expenditure.

A study was undertaken by theShekatkar Committee in 2016 toenhance the combat capability ofthe armed forces and rebalance defence expenditure. I was a memberof this committee of experts appointed by the MoD. Though someof the recommendations have beenimplemented, others too need to beacted upon. Even after the corporatisation of the Ordnance FactoryBoard, there are still nearly 5,00,000civilian employees in 27 organisations under the MoD being paid outof the defence budget.

Changing the DNA of the armywill adversely impact national security, given our challenges along with the LAC, LC andcounter-terrorist operations. Nowthat the scheme has been rolledout, the government could initiatethis as a “pilot project”, study thecause and effect, impact on combateffectiveness, operational readinessand defence preparedness, and aspirations of the youth and, thereafter, review it with an open mind.Mid-course corrections should bedone where required. The need isgood transition management andminimising the needless turbulenceand turmoil. The ownership and accountability to ensure success andminimise the adverse impact of Agnipath should be with the government and not the armed forces.

Agnipath will have to go, says Congress