On a board, hanging on to every word, odd friends 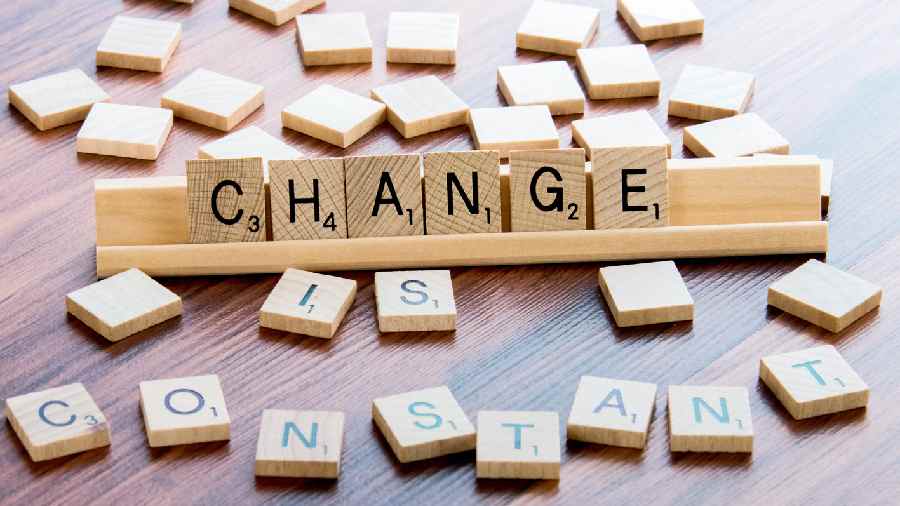 When nothing goes your way, they say, keep going. Or play Scrabble… is my version of it. Nah, this isn’t a wisecrack borne out of thin air but a nugget of wisdom that I have come to realise, gradually, from experience.

Over 10 years ago, I led myself to believe that all those scientific reports about playing Scrabble or Sudoku, or solving crossword puzzles to keep the neural networks alive and kicking in an ageing brain were not entirely balderdash.

To be certain I’m talking about playing the game not on the classic board but on the phone, a version offered by an app called ScrabbleGo. A positive alteration, in keeping with a world that’s always on the go. Although not tech savvy by the farthest stretch of the imagination, I trained myself at first to like it and soon enough love followed.

You can play Scrabble just about anywhere. In a cab, on the metro, on the throne, while waiting at the doctor’s, at a boring space where you must make yourself present but desperately want to slide into oblivion. Also, when events around you have shocked or battered you into numbness and you can’t do much else. Works pretty much like meditation.

Over the years the app has changed its interface a few times, much to the indignation of enthusiasts. B, a dear friend, senior and wordwiz, had given it up the first time it happened, as a sign of protest — the new version was intercepted by ads and it was downright frustrating. But when so much around us is undergoing distortion, that too of cosmic proportions, what’s the big deal about an app changing its face? A couple of months into the shift, B sent me a game request and we were as good as new.

The joy is pure. “Please tell me that was good,” B once messaged after having snatched a game away from me at the very final turn, with a masterstroke — a SKA placed across a triple word score. Yes, Scrabble has its own weird words but these are actually not weird. My own favourite is QI. It’s easy to place and gives 31 points straight on a normal day. With a dash of luck, it could be double that. And on a day that’s faithfully yours, a bingo with a Q or a Z, the heavy-duty stars bearing 10 points each. Bingos are what you earn if you use up all seven tiles to form a word — a bonus of 50 points.

Scrabble has built bonds. There’s A, who plays from somewhere in one of the seven continents, and is quite the pro, with a rating of 24. (By the way, I climbed to 22 recently, long years after being stuck at 21. Ahh, what bliss to have reached the same Scrabble boat as B!) Coming back to A — she delivers bingos with perhaps the same ease one needs to blink — she’s been a co-player for years now, although we have not exchanged even a Hi-Hello. And yet it’s only words, words are all we have — the scoreboard says we’ve played 128 games. Of this, she won 68 and I, 61.

But not all bonds have been nurtured in silence. When the pandemic was raging and we were all locked in, I asked D if all was good with her. D lived somewhere in the Deep South, in the countryside. And I knew she lived alone. “Oh, but I always have a deer or two on my porch,” she said, most amiably. S lives in Africa, is a painter, and often spoke of a spiritual man in India who was his guru. Thankfully not any of the godmen who are so often in the news. S doesn’t play anymore but is still a friend.

I lost my oldest such buddy during one of the technical tribulations. An elderly gent from the Isles whom I had befriended around the time I had just started out, an abysmal novice. He went by the name William Normandy, and I couldn’t bring myself to ask if it was his real name. I imagined he belonged to some royal branch. William lived with his closest companion, a dog named Sadie. Sometimes, he’d vanish for hours, with the note — “I’m off hunting.” Eventually, I learnt that William was quite involved in politics, he had two sisters who lived far away and that the three still played Scrabble every day as a family. And that he owned a Troubadour — “an uncommon sniper rifle”.

Anyway, William was the real master. He would often tell me to go about it the “proper” way — with a Scrabble dictionary in hand. Two or three bingos per game was usual, and I, a poor trainee. “You will get better,” he would say, “just keep at it.” Once I had fallen ill and was in the hospital for a long spell. “I have tubes all over,” I said to him, after being MIA for a week.

“Well, at least your brain is working,” was his reply.