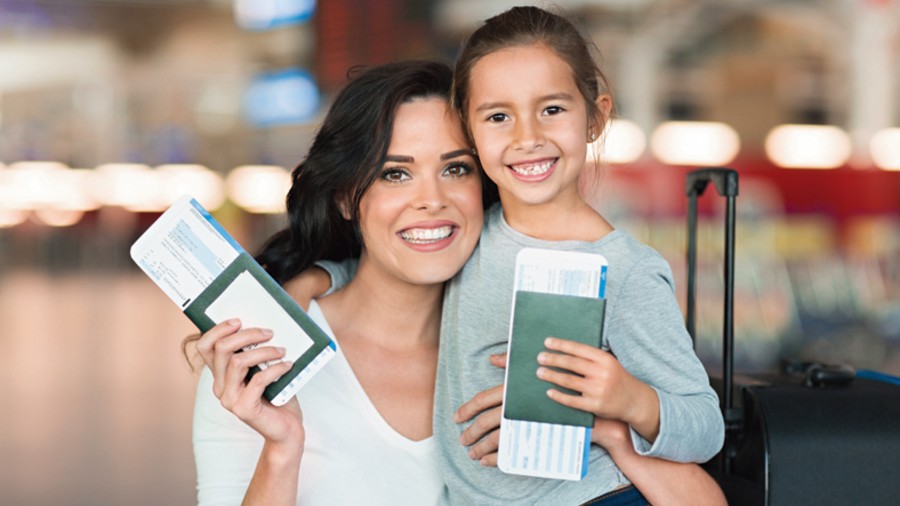 In our sweet home, there has been a life-affirming hum of the new school session. Crisp textbooks, scattered art supplies and buzz of pre-teens fangirling about favourite teachers. There is a continuous sense of wonder at watching young life bud a little more, daily.

And yet, April lived up to its promise of being the cruellest month. Terror and trauma closed in on each of us, besieging us even after a year of being around. ‘Everyday fortitude despite weakening will’ is how I described my mood to a coupled colleague. She had been stunned into a dystopia of caregiving to her partner knocked out with heavy viral load. An experience that can be #CoupleGoals, perhaps even create greater togetherness.

Single moms posted check-ins last fortnight to group hug (using GIFs and emojis). We overshared resources as concerns of mortality overtook all other chatter. We know that when it’s down to the wire, it’s up to us to plan for contingencies, carry through, take charge. Between verifying trails for plasma and amplifying cries for oxygen, we promised each other that ‘we are all in this together’.

I recall feeling lost in the oughties when securing a passport for the baby was arguably the first challenge in the league of the Indian single parenting obstacle course. This was in the fledgling days of social media when people’s updates swung from ‘Committed’ on Orkut to ‘It’s complicated’ on Facebook. Twitter was around but by and large people did not outrage — or live — on social media. Peer-to-peer reviews of systems and processes were not available and the Internet was of limited help.

As far as the juggernaut of government went, we knew that things had to be textbook perfect, solid, normal. Father’s details followed by mother’s details, all living in a shared address, worked as introductions as it were, of the little citizen to the paperwork of enfranchisement.

Married couples typically shared the same surname in order to even apply for a passport for their offspring.

Otherwise, we were told, “How will they know that a woman with a surname different from her kiddie co-traveller’s is just a mother who has kept her maiden name? Yaarki naaki, what sort of family is this, hyaan, with different last names and travelling separately?’’

Women would actually straighten out their documentation, align surnames, reissue their own passports and then proceed. Exhausting.

How do you account for your messy situation in this time-trusted framework?

Like in the first year of the pandemic, many of us don’t know in the first years of sudden singledom what exactly we are dealing with — whether things will escalate, defuse or stay at the same place. Or rather, how rapidly any of these shifts will happen.

Having been refused a signature or an NOC by the other parent, I made a total of three chakkars of the dusty passport office, then housed in picturesque Dalhousie. Inside the building, my application and I moved from table to table, narrating the same backstory a few times.

Ageing bhodroloks who could not find a way around the existing system finally settled on a solution. A legal affidavit declaring me as a single parent was annexed and the bub had her coveted blue book soon after. I had to do a fair bit of running around, but I remember never feeling heckled by officials. They were just doing their job within the construct of unchanging policies.

Five years later, during the first renewal, the system changed. Society had changed a bit, the other parent had changed a bit and given consent. The RPO was now privatised, digitalised, managed by young people. They spotted an address mismatch. Not to worry, an officer in pink linen assured me. A police verification was called for. This too happened uneventfully, in under a week, and efficiently. The cops actually called ahead of their visit. Very courteous and most supportive.

Another five years and it was time for another renewal. New changes in December 2016 announced by the Ministry of External Affairs recommended the use of a ready-made format, Annexure C. This enabled a single parent — mother or father or a legal guardian — to make the application without consent from the other parent. So this was a godsend. This was game-changing.

The matter of fathers’ consent and objection is crucial to understand how the system forces the role of permission-seeking on single moms.  Interestingly, the same role does not apply to single dads. If you flipped the scenario, mothers’ permissions were unnecessary, dispensable.

This cuts across several portals, not just the former doorways of passport offices. And not just for policies concerning minors.

If you are an adult woman, ever travelled abroad solo and needed to furnish an NOC to secure your visa? Tell me it did not put a cramp in your free style! Wondered whether men belonged to their mothers and wives the way you are supposed to be spoken for by your father or husband?

Seeking consent or no objection implies communication. Often between parties who have devolved to a high conflict, lose-lose approach. You also may not know how to reach this person any more. They may abuse the power of the veto.

Even if you overcome all other constraints, the difficulty of imploring an absent parent to show up, however symbolic, remains.

Would you want to seek permission from somebody who abused you? Get in touch with somebody you would rather forget? Have to give explanations to somebody who left you holding the baby?

Hence, the passport application systemic overhaul may have taken 10 years as far as I was concerned, but it was definitely not too little, too late. It’s easy now, as all such things should be.

However, the need for more ease, for greater understanding continues as larger society is still judgmental.

A day after t2 carried the first column in this series, my social feeds reverberated with news of a single mom of a seven-year-old in progressive Kerala. She was disciplined by her neighbours for coming home late from work. They had locked her out of her gated complex. Police intervention in the early hours of the morning enabled her to enter her apartment.

The aggrieved lady took to Facebook to protest this discrimination although I am yet to see a play up in big media.

Does this bother you? Would any demographic other than a single woman or a single mom face this? Do you think a single dad would face the same situation? Would a married woman? Would any man?

The truth is, nobody should have to go through this. And yet, because we do, we have to seek out our own and form a tribe from scratch. Community is hard won, but it is bonded by common traumas, shared struggles, similar goals. Till we can put the two back in together, this is who we resonate with when we say ‘We Are All In This Together’.

Srimati Roy is a passionate marketer with a background in media, premium brands and content. Her Twitter handle is @sri1608