Advertisement
Home / Culture / From being data analyst to Bollywood sensation

From being data analyst to Bollywood sensation

Lisa Mishra shares her ‘zero to 100’ journey with The Telegraph 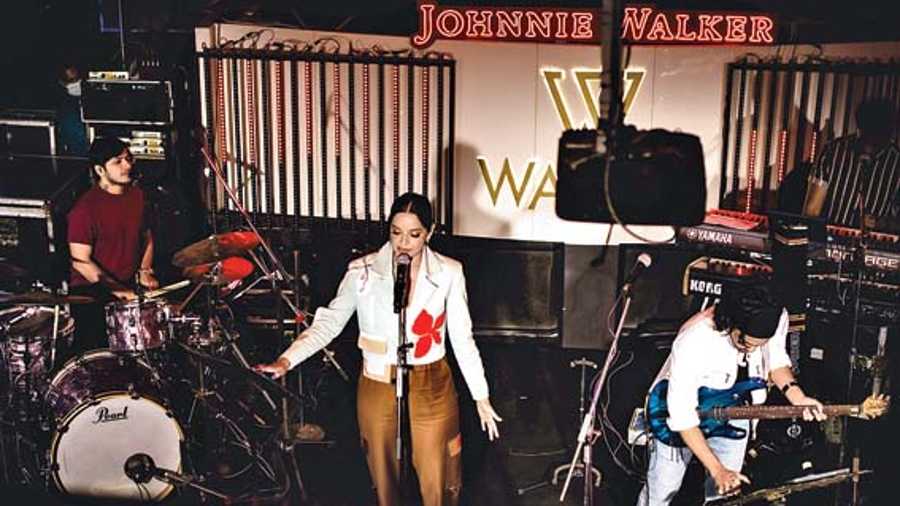 What Lisa Mishra has achieved is a dream-come-true moment for many of us. She used to have an eight-to-five job as a data analyst but never imagined her uploaded music would turn her into a Bollywood sensation. It was her mash-up of Tareefan that turned life around, made her quit a job in Chicago and become a full-time artiste in India. After Rhea and Sonam Kapoor flew her down to help reach her goal, there was no looking back.

She has collaborated on the Grammy-winning project Coloring Book by Chance the Rapper and was also a theme-music composer for the Emmy-nominated series Brown Girls.

The Telegraph chatted with the 27-year old at Wafira (on Ho Chi Minh Sarani) during her visit to Calcutta for Johnnie Walker #RevibeTheNight campaign.

Congratulations on your collab with Johnnie Walker #RevibeTheNight. How important are such campaigns to bring back the live music scene?

It is super important; the public wants to have social experiences again and they have been cooped up for long. I feel like we are all so attached to our devices that we have forgotten the real world. It is really a great reminder that shows like this can exist again and with all safety precautions in place, we can congregate and have a really good time. Having Johnnie Walker roll this out is great… for a lot of us this was our first public performance in two years.

What places — or ‘hotspots’ — come to mind in way of public performances?

Club gigs in general were fun but the first thing that comes to mind is getting that feeling back of going out and having a night with friends; going to a show. Once we get to that, I would love to see bigger shows and tours. Hotspots are young and intimate club-like places.

Why do you think the live music scene isn’t booming, at least not yet?

In one word, it’s ‘Covid’ (laughs)! People are taking precautions and guidelines are being followed. It’s finally safe to go out as long as people are taking care of themselves and their health. Covid... it’s not something people should ignore.

From data analyst to Bollywood sensation, how was that transformation?

It happened very quickly but I would say the journey leading up to it was very long. I had been making music publicly for 11 years before that but I don’t think you ever get used to it.... Each day you wake up with this incredible feeling: ‘This is now my life,’ especially when it happens so unexpectedly. So I don’t think it will ever truly sink in because the switch between the two was so great.

Did you ever think singing from your bedroom would somehow turn you into a the star?

(Laughs) No! I had that level of confidence but I had no expectations of that happening. I was just happy to be signing from my room and working an eight-to-five job.

Was music something you always wanted to do as a child?

I’ve been making music since I was four and I’ve been putting out music since I was 13, so I always knew that I wanted to release more and have people hear it but other people have pursued it in different ways... where they find themselves in a stadium or on a stage and they need to put their music out. I don’t think I allowed myself to dream that big… I never really know the reason but I never saw myself like that in the future. Not in the negative way though. 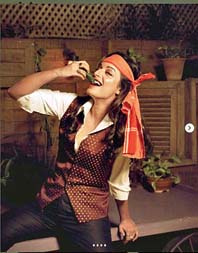 After your Tareefan mash-up there’s no looking back. Did you get a chance to reflect on how far you’ve come?

(Laughs) Probably every second. The show in Calcutta was a great example of how people are there to hear me sing my own work. At times, you have to check in with yourself like: “Oh what an absurd concept. Words I’ve written and songs I’ve sung are things people actually want to hear.” So moments like that, it’s really a shock and I don’t think I’ll ever get used to it.

Anything you would do differently?

Yeah, I would have probably prepared myself better (laughs). When the (breaking) moment happened, I was very young; I didn’t know anyone from the industry; I never lived in India beyond age seven. So coming back to India, living here after 20 years, was such a huge change. Maybe if I had seen this as my future, I would have prepared better, visited often, made more connections earlier on. I had to go from zero to 100.

Your Halloween costume was quite cool. What made you choose it?

(Laughs) Yeah, I think I’m going to do that every year... some version of vintage Bollywood. I love the movies and I think now it’s quite cool to say, ‘I’m a huge fan of that.’ I love Bollywood and I’ve grown up in a family that inhaled films. Mom and dad are big fans as well, so as a kid I was drawn to such stuff also because I’ve grown up seeing so many films. Don, I have probably seen it like 30 times, so I was excited to do that (wear the costume).

What else are you up to?

Most listeners have seen quite a big break in my work this year. I needed it because of how much is happening and we are all taking in so much in every part of the world. We all get emotionally and professionally exhausted, so I needed to take a break. For the better part of this year I’ve been working towards a full-length project and that’s the next thing... to put out a body of work next year, so people can kind of finally have a sound to associate me with. So far the music I’ve made has been singles and touch-and-go and it might be hard for someone to pinpoint my sound. Next year is about making an effort to craft that and find my sound.