Recap: A food shopping expedition with Aparna to Foodhall proves to be much more for the Pandits and Seher in particular 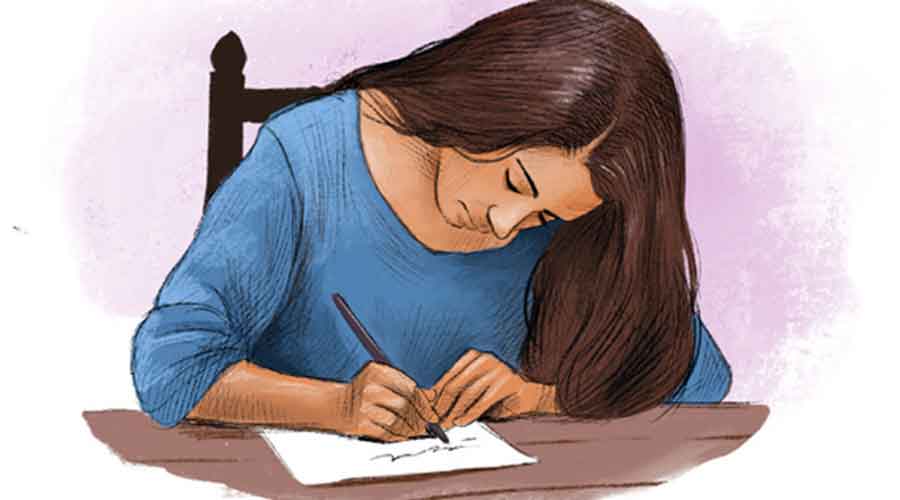 ONLY IN THE MOVIES

In a ridiculous turn of events, we hear that a certain superstar’s wife has decided to host her dead husband’s mistress and their illegitimate daughters indefinitely. While the news is surprising, even by the standards of somersaulting Bombay, it is not unexpected from the Lady of the Manor, who is these days, rumoured to be the Lady of the Bottle.

Let’s just say she’s a bit... confused... before noon and clearer only with something clear to sip on. (If Bombay Sapphire is reading, your starry new brand ambassador can be found in this paragraph. You may send a case to this diarist as a thank you later, care of I.Ink print and media.)

It stands to reason that one who is playing pretend for the most part, is now playing happy families with her prettier arch-enemy’s children, who were most recently spotted swanning out of Foodhall with cartloads of groceries and into their new mamma’s old Mercedes.

We’re just glad that the young beauties won’t be spotted taking airport taxis anymore. Meru Cabs were not made for Alexander Wang bags.

Perhaps they’re hoping that if their father didn’t leave them anything, after a few more G and T’s, the missus might?

We’ll go ahead and say what everyone close to the bamboozled hostess is wondering:

Who has taken in whom here?.

The journalist had done his job too well.

Bhatia stared at the proofs of the article, unsure. It pained him to see this written about his friend. About Justice Patil’s daughter, no less. He tried not to think about the 8 million people it was sure to reach, if he decided to go through with defaming his friend for her own good.

But the matter was becoming more risky by the day in Bhatia’s opinion. One doesn’t invite a scorned woman, especially one as sharp as Raahi, into one’s house. Already she had somehow managed to extend her fortnight’s visit into a month-long stay and won Aparna over to the extent that she was now arguing with her own sister to stick up for the Pandits. It didn’t help that Azaan, the only one who could stop his mother from becoming too friendly with the freeloaders, had been too overwhelmed by work to take notice of this dangerous development.

This article would get his attention.

He sent the message to his good friend Parth, the editor of Bollywood Reporter.

‘72 unbillable hours in exchange for this,’ his phone pinged back.

He set his phone down, feeling easier again, now that they were speaking the clear language of trade.

Even between friends, there was no free lunch.

And that was a lesson the Pandits needed to learn.

It was 1.30am when Seher and Zaara woke up with a start to a series of sharp knocks on their door, rattling off like machine gun fire.

It stopped for a moment, and then began again, each knock such a thudding bullet in the wood that Seher imagined the knuckles of their visitor must be bleeding in their impatience to gain admittance.

She switched the lights on and threw Zaara’s robe at her, as she rushed out of bed, hoping nothing had caught on fire, hoping that Raahi and Aparna were alright, hoping that Saahil hadn’t hurt himself somehow...

But as she threw open the door, she didn’t see a concerned Ali Saab as she had expected.

Instead there was Azaan, all six feet of him, glowering down at her with such intense hatred, that she nearly took a step back. Her hand clutched on the door frame, to stop her knees from buckling.

He frowned at her even harder, as though he were irritated that she had blocked the threshold of a room in his house.

“Your car is waiting downstairs. Your mother is already in it.”

Her voice refused to rise out of her throat, but her expression must have betrayed her question.

“Your car,” he said slowly, as though she were simple, “is waiting downstairs. Your Mother. Is. Already. In. It.”

His voice was icy and impersonal, like glass cutting across skin.

Seher automatically took a step back.

“Did you hear me?” his voice rose in irritation, as though she were being deliberately, performatively, dramatic. “Take your things. And leave.”

“Hey,” Zaara said, rousing herself from sleep and rushing forward, since it was clear that Seher could no longer respond, “Why don’t you take a step back dude?”

Azaan put his hands up in surrender and took a step back. “Don’t come at me with that MeToo nonsense,” he said. “I have CCTVs all over the place. So don’t you dare try anything.”

“You’re disgusting,” Zaara spat at him, but her eyes filled with shocked tears. Her sister had never been insulted before.

“No, I just know what a girl who looks like you is capable of.” Azaan retorted, bitterly, “Learnt it in your mother’s lap probably...”

“BACK OFF,” Seher growled.

Azaan looked at her surprised. Seher instantly put a protective arm around Zaara and pulled her behind herself, away from their half-brother.

“Just back the hell off, Azaan.”

A calm voice whispered through the corridor.

“Listen to them Azaan.”

Seher’s chin jerked up and she saw that down the staircase outside their room, stood their father’s lawyer, Bhatia, watching them. Waiting, as always, for the Pandits to commit some evil.

Bhatia refused to respond to her. “Take a step back, Azaan,” he said gently.

Azaan took a deep breath and another step back.

“We’re leaving,” Seher said evenly then. “We aren’t interested in sharing the same house as someone as vile as you for another minute. All I ask is that you reflect some of your mother’s good breeding and give me and my sister 10 minutes to get our things together and say goodbye to Aparna...”

“No goodbyes,” Azaan said, firmly, crossing his arms across his broad chest. “You women have manipulated my mother enough.”

“Fine,” Seher said. “Would you mind giving us the privacy of packing?” When he hesitated, she added, in a tone as icy as his. “You can watch it all from your CCTVs if you’d like to make sure that we’re only taking our things. We can bring our bags out and pack in the corridor.”

Azaan flushed in irritation. He mustn’t be used to quick wit. For the first time in their interactions, he was on the back foot and Seher could tell he didn’t like it one bit.

Seher slammed the door shut on him and his camera-filled corridors. Big Brother wouldn’t be watching now.

Thank you for opening up your home and heart to us. We hate to leave in a rush and without saying goodbye properly, but circumstances made it impossible to speak with you.

We will always be grateful for your hospitality at a time when the world seemed so unfriendly. I will especially miss watching you bully the florists who dared to question your decision of interspersing sprigs of Baby’s Breath in a bouquet of lilies for my room. And I know Zaara will chuckle fondly at  the memory of spilling custard powder into your tofu curry by accident. Thank you for remaining lovingly sanguine at all our little errors and humouring all our little indulgences. We leave, hoping only that we have not bothered you too much. And if we have, we hope that you forgive us as the bratty nieces who never intended to be anything but your friends.

We have enjoyed the time we have spent with you immensely and it is thanks to your easy good humour and generous heart that we go back into the world, comforted by the knowledge that there may be other friends with kind nature like yours.

Our situations may prevent us from sharing the closeness we have enjoyed, but please believe that, in our hearts, we will always think of you fondly, as the loving, spirited aunt we were fortunate to spend some time with.

Perhaps we will walk into your florist’s boutique someday and all share a cup of coffee.