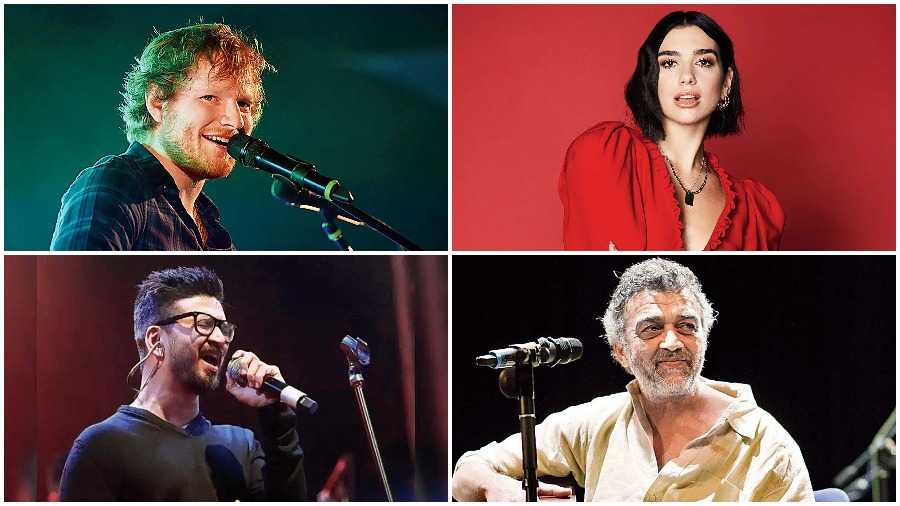 The man is currently in a playful mood on his fourth album — titled = (Equals) — in the mathematical series (+, x, ÷) but at the same time there is a sense of maturity that comes with marriage and fatherhood. The playlist he has shared for Diwali is a blast. It begins with his song Overpass Graffiti and then comes a slew of goodies — Fred Again’s Kyle (I Found You), Griff’s Black Hole (Goodboys Remix), Maisie Peters’s Psycho, DJ Khaled’s Let It Go (featuring Justin Bieber) and The Streets’ Who’s Got The Bag, among others.

If in 2020 Dua Lipa gave us the dance-floor scorcher in the form of the album Future Nostalgia, she is at the moment making the world dance to her collaboration with Elton John — Cold Heart. Her playlist is perfect to get the party started. There is, of course, Levitating but there is also Prisoner, her duet with Miley Cyrus, the amazing I Wanna Be Your Lover from Prince, Nightcrawlers’ Push The Feeling On, and Daft Punk’s Around The World.

What makes Lucky Ali’s playlist stunning is the way it covers songs that are close to him. There are none of his songs on the list. What you get is Bob Dylan’s Blowin’ In The Wind, Alpha Blondy’s Jerusalem, Cat Stevens’s Father and Son, Manna Dey’s Aao twist karen and Simon & Garfunkel’s The Boxer.