That fruit, you don’t say 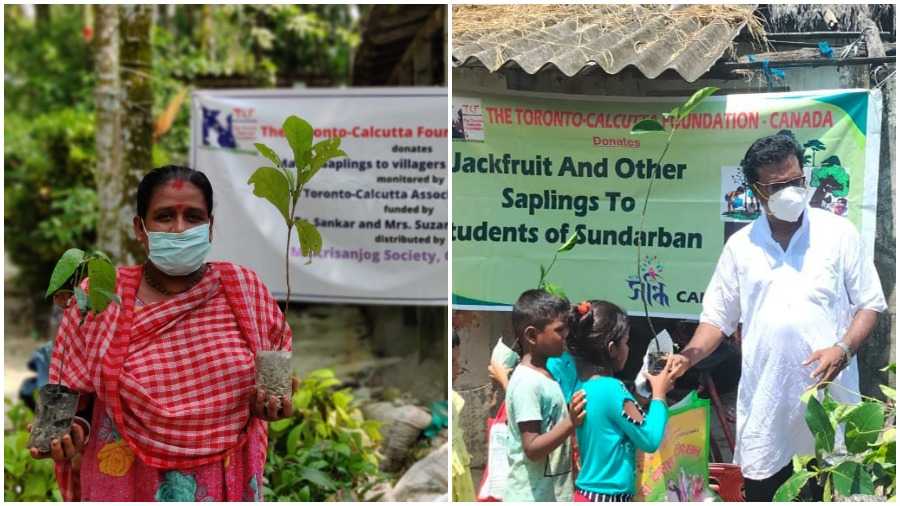 There is an element of the ridiculous about the kathal or jackfruit. Bulbous, pimply, vomit green, all bunched up on low hanging branches like a gaggle of slothful cousins. Perhaps that is why the sound of a Kathal Experiment sounded amusing, more so given that it was thought up by a scientist in Canada.

Sankar Dasgupta, in his own words, belongs to the “usual Calcutta trajectory — St. Xavier’s School, Presidency College, doctorate from Imperial College, London, invented an electrochemical reactor and started a tech company in Toronto aeons ago”.

And there it was, a bullet point in a greetings-from-Toronto email right after the point about “lots of new patents in the lithium-ion battery sector”. The Newtonesque sentence read: “...then I had the kathal/fruit tree idea”.

Later, Dasgupta tells me what eventually became the Kathal Experiment had, in fact, an aam beginning. He says, “I was sipping some Darjeeling and reading a newspaper report about how nearly 30 per cent of the world’s stunted children are in India. There is no famine in India, but weird policy generates mountains of nutrient deficient wheat and polished rice. The empty calories are there, resulting in millions of stunted children...”

Many others would have read the report too, but a “simple solution” occurred to Dasgupta. He writes, “Plant fruit trees everywhere, millions of them, flood the place with fruits. Donate fruit saplings to the rural landless, let them plant a few around their huts, and the trees will keep being fruitful for the next 40 to 50 years.”

To begin with, Dasgupta, working through the NGO The Toronto-Calcutta Foundation, started to distribute mango saplings. This was in August of 2020. But after a month or two, he realised he had picked the wrong fruit. He says, “Mangoes are highly prized by urban folk and in no time the village trader will buy off the mango crop for faraway markets. We need the nutrition to stay locally, feed the local kids and surplus to assorted fauna.”

The ideal fruit would have to be as nutritious as possible, with extraordinary yields, not in great demand in urban centres and something that cannot be monetised easily. Kathal checked all the boxes. Of his own growing up years, Dasgupta recalls, “My mother (growing up in the Shimla-Delhi milieu) stayed away from kathal, while my father, pining for Coomilla [now a city in Bangladesh], would bring one home, rather infrequently.”

The scientist rattles off stolid figures and facts to strengthen the case for kathal. “A single tree would yield 1,000 kilos of fruit, which would be at least Rs 10,000 worth of much-needed nutrition to the rural poor and the dispossessed. One kathal tree absorbs 21 kilos of carbon dioxide — a greenhouse gas — every year, which helps in climate change mitigation. If we can plant, say, six crore fruit trees in Bengal, that would remove 1.26 million tonnes of CO2 from the atmosphere every year. It will generate about Rs 60,000 crore worth of nutritional value.”

Dasgupta was now ready to start over the project. He donated Rs 3 crore to the Toronto-Calcutta Foundation. It was around the time of the Bengal Assembly elections and the pandemic was still raging. It was mid-June when the sourcing of kathal saplings began.

Local NGOs started to deliver the saplings across Bengal — Purulia, Birbhum, South 24-Parganas, Nadia, Jhargram... Someone thought of delivering to primary school students. Says Dasgupta, “Not sure whose idea it was, but the young high energy kids were delighted. I still remember a pink scented pencil, when Father Picachy came to class and I got one. Unexpected gifts at primary school are good to receive.”

One NGO in Cooch Behar knew of a village populated by hijras, who were in some financial distress as the sources of their livelihood, weddings and festivities had ground to a halt. Says Dasgupta, “Hijras have excellent negotiating skills. They wanted no kathals, just high quality Himsagar mangoes.” He adds, “We are not ideological on kathal, so we agreed to give mango saplings instead.”

In July, 25,000 saplings had been distributed, in August another 20,000. Dasgupta’s hopes are verdant. He says, “We hope to be a catalyst; soon all over Bengal people can start planting fruit trees, especially around homesteads. Sixty million fruit trees are not difficult to plant...”

As I read Dasgupta’s emails over and over again, some lines by the 20th century Bengali poet Jibanananda Das come to mind. The American poet and academic Clinton B. Seely’s translation reads thus: Again I shall return to the Dhansiri’s banks, to this Bengal/ Not as a man, perhaps, but as a shalik bird, or a white hawk/As, perhaps, a crow of dawn in this land of autumn’s new rice harvest/I’ll float upon the breast of fog one day in the shade of a jackfruit tree.

My inbox is still pinging with Dasgupta’s messages: “...we will also provide other fruit trees such as guava, papaya, banana and coconut”. Jibananda’s poem is called Abar Ashibo Phire. Meaning, When I Return.

As for Dasgupta, it sounds like he never really left.