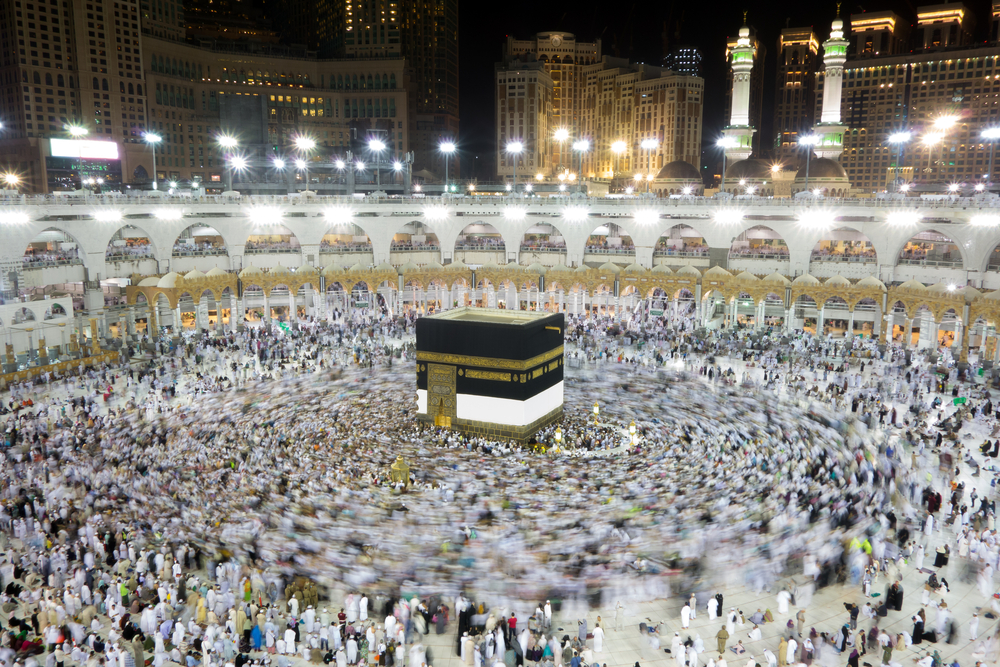 The children clamour to have a bath

The kitchens are humming with smells

of siwaiyaan and other delights

The old and young eagerly look towards

the kitchen for delicious bites

A hue and cry, as impatient boys fret to reach the idgaah early and bright

A young boy running with a multi-coloured kite outside the idgaah, being followed by laughing joyous friends, all dressed in shiny new clothes made once a year for Id, free after a month of fasting, trying to cut their friends’ kites with their own and falling down in a tangle of legs and arms, topis and strings is an image embossed in my mind even 55 years later.

I had gone to the idgaah with my father in Lucknow. Women are not allowed in idgaahs but young girls are. That was the first time I saw this raw, visceral celebration of Id: a scene of riotous celebration, emotional bonding with each other by people who had spent a month united in piety.

At home it was just as joyous but a more restrained Id, with Idi (gifts given by elders on Id), embraces and servings of delicious foods and an open house for friends and family.

That is a tradition I continued — keeping an open house — and I look forward to having my friends come over and cook kebabs, biryani and siwaiyaan for them. But this is different from any other, alas. As Prof. Ali Khan Mahmudabad tells me, “I don’t think it’s possible to celebrate given the tremendous suffering around us.” He will miss the joint Shia-Sunni Id prayers organised for many years past as he pays obeisance at home.

This year there will be no images of people embracing each other after the congregational prayers in mosques and idgaahs: the mosques are silent and the faithful are praying at home. As Prof. Shamsur Rahman Faruqi says, “The last Friday of Ramzan and Id-ul-Fitr are the two most important annual events in a Muslim’s — any Muslim’s — life. But both are associated with large joyful gatherings.” But in these trying times, and amidst this lockdown, there can be no festivities.

The Covid-19 pandemic has dictated this year’s celebrations so much so that the Khaana-e Kaaba, or the House of God, in Mecca will remain closed for the first time in living memory.

Every year past in our lives, the focus was on what to cook or wear, but not this Id; our emotions are entangled with those who are suffering and can’t celebrate. The reasons there are many; the pandemic is only one among them.

Yousuf Saeed, an independent filmmaker and writer based in Delhi, says, “Actually, this lockdown and pandemic is the least of my worries. India and Indian Muslims have been going through a very tough time for last nine months, if you include the much harsher lockdown of Kashmir in this crisis. There is really no cause for celebration. I will probably wake up on Id thinking about our friends who have been imprisoned in the last few months on fake charges. The entire day, I will think about the poor workers who have been left stranded on highways with no food or water. This Id would definitely not be worth celebrating the way we did in the past.”

Nine-year-old Zoya, who observed her first roza tells me innocently, “Id this year will be very special for me as it is my first one after fasting.” Her grandmother is stitching a new dress for her from some cloth kept at home. “While there won’t be any large-scale celebrations I look forward to spending the day with my family and I am sure I will also get Idi.” Zoya’s innocence is heartwarming. With announcements in every big and small locality of India, and on social media and fatwas by religious institutions against extravagance and spending, there will be no frantic pre-Id shopping.

Which again takes me back to my childhood memories. We were fairly privileged but as children new clothes were made on festivals, otherwise we wore hand-me-downs without a hassle. Those new clothes held a lot of meaning for me and I still remember a purple salwar-suit of silk made for me the year I observed my first roza. A memory that has stayed with me after more than five decades! Today, by God’s grace new clothes are no longer a privilege but a whim, so it’s no big deal if we don’t buy this year. There are enough almost new ones to wear.

However, there’s a huge difference between my not having new clothes and those less privileged. I immediately go back to that idgaah scene of my childhood. What about those children in our villages, qasbas and cities for whom Id is the only time they get new clothes?

This is an Id under lockdown which has managed to lock us in, but opened the floodgates of emotions. Sabra, a domestic worker in Bangalore, to whom I spoke, weeps when asked how she would celebrate. Her son was stranded in another city and has reached the village after much hardship, tears and sleepless prayers. Her family back home is hard up for money and food and she is helpless. “What Id,” she asks me, sorrowfully. Embroidery workers in Lucknow, from whom I get my Id clothes made every year, are in dire straits; workshops are closed and their daily wages stopped. A few of them told me there was no money and they had difficulty arranging food during Ramzan. So even though Id is the biggest festival for them, the question of anything other than offering namaz does not arise. “All we have is our faith in Allah,” they said. This is pretty much the situation for all daily wagers. Did all those at whose roadside stalls we ate during our Ramzan food walks have enough to eat during Ramzan this year? How will their Id be?

For one family in northeast Delhi, whose shop was burnt down during the rioting earlier this year but the house escaped, it’s a time of remembering God. “We will be praying and marking the day quietly at home this year, as it’s a sunnat (traditional practice of the Prophet pbuh) to have fortitude and be grateful in every situation. Now all of us have to think of our aakhirat (the hereafter) as this house is temporary, we have to worry about being able to do good deeds which we can carry with us to our graves and earn a house in Jannat.”

Sixty-year-old Farah Naqvi, a retired educator, tells me, “This Id has made us realise the value of what we always had but never really appreciated.” Which is exactly what popular actor Ali Fazal tells me, “Yes, it will be a lonely Id, a day known for spreading love and buying new clothes and looking your best. But this Id will be the test of all that we’ve learnt over the years — to use that piety and love to help our neighbours, the needy and the poor. I sit here and I feel privileged enough to type out an opinion while millions of migrant workers go hungry and homeless. I pray for them and hope that we all enter a new and a better world where we get past religious politics and hate and imbibe a new system.” He will wear a kurta gifted to him by his nana on a bygone Id for old clothes carry some beautiful stories with them, and feel enveloped in the love of his elders.

In Bhopal, Abid Mohammad Khan and Shahwez Sikandar have been running community kitchens. Khan works under the aegis on Insaani Biradari and started the kitchen during the first lockdown with the motto that “no one should remain hungry in the city”.

Then there are those whose Id may be on the road. Will they pray by the wayside or just stoically carry on walking?

This is an Id of mixed emotions:

The wine cups are being passed at the dawn

But our glass has naught but blood,

Safvi is a Delhi-based historian and raconteur of syncretism