Advertisement
Home / Culture / Flip side of the case

Flip side of the case

Nirbhaya case and the stringent ensuing laws, policemen dispensed friendly advice to men: don’t let the vamp in your life open her mouth and shout “Abuse” or “Rape” 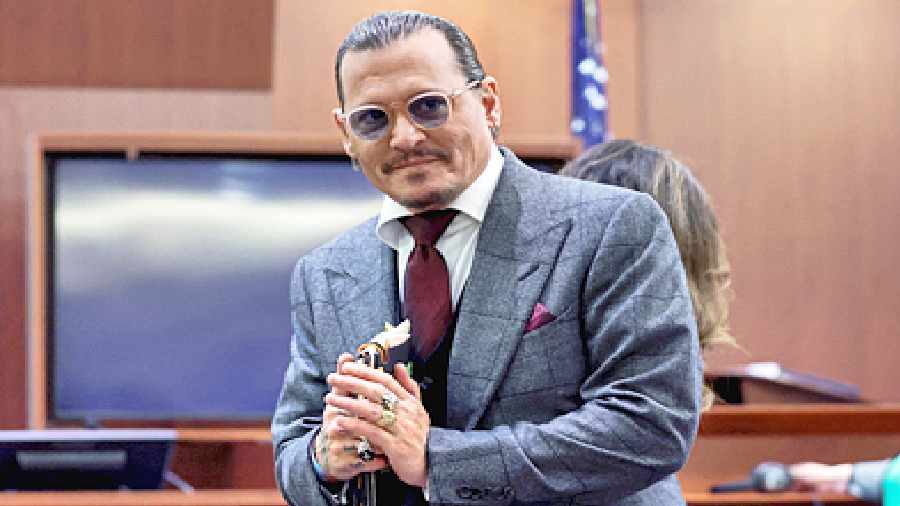 I was alone in the room. Suddenly, I have Johnny Depp for company. In 2018, when failed actress Tanushree Datta flew in from the US with an agenda, TV anchors like Arnab Goswami were ecstatic. They got a continuous supply of fodder, a string of men to gleefully hang every night. Hang without a trial. Hang merely on the word of a woman. Hang without looking at what may lie beneath her charge.

Justice went out. Revenge came in. Along with the authorities who’d been whipped into action after the Nirbhaya case and the stringent ensuing laws, policemen dispensed friendly advice to men: don’t let the vamp in your life open her mouth and shout “Abuse” or “Rape”. We’ll lock you up, not her.

I watched with alarm as they came out of the woodwork. Strong women I’d known for decades, women whose personal stories I was privy to. But asking colleagues to exercise caution in blindly believing their charges prompted a pile of lusty, slogan-shouting female scribes to collectively go for my jugular. Men and women, whose feminism couldn’t match the gender equality that was always the norm in my family were veering off-track.

My concern was two-fold. One, it was cruel to shrug off the men and families scarred by false charges as “collateral damage for the larger good”. Two, even worse, in the din of rising revenge cases, the girl who was truly trampled upon, physically violated would lose her voice. She was the one that we needed to hear, she was the one who needed justice.

After the screening of a documentary titled India’s Sons, 81-year-old Justice B.N. Srikrishna aptly compared “Crying rape” to “Crying wolf”. The higher the instances of false cases of rape, the lower the chances of a genuine case being taken seriously. It’s coincidental that four years after #MeToo teetered on extinction, independent filmmaker Deepika Narayan Bhardwaj has documented the real victims of false rape charges and the ruin, even suicide, that has followed the families of the men. Coincidental because what she says in India’s Sons is precisely what’s being played out in a courtroom in Virginia, where Johnny Depp has skeletons tumbling out in his $50m defamation case against Amber Heard. In the tapes played in the courtroom, Amber clearly jeers Johnny to go out and announce he was the victim of domestic abuse. “And see how many people believe or side with you.”

Presenting only the women as victim has become so fashionable that making a film on the male side of the story does not even attract funding. Look at the popularity of the Netflix series The Anatomy Of A Scandal. Gender revenge is sweet, it sells. Ethics and equality before the law don’t figure.

But with Depp speaking up, people are lending their ear to the other side and #IStandWithJohnny has started trending. An example on Twitter: “Amber Heard is the reason why so many female victims of domestic violence aren’t trusted”.

The genuine must get justice. It can come only when there are harsh laws against those who file false charges. Right now, they get away with a “sorry” at the most.

Meanwhile, the man stands damned. Like the businessman from Delhi accused of molestation on a flight by mentally disturbed actress Zaira Wasim. Did he deserve the predator, monster and molester tags instantly pinned to his name?

“Suddenly, I was guilty until proven innocent,” said Depp. “No matter the outcome of this trial, the second the allegations were made against me... I lost...” Damned forever and his career done in as Disney cancelled his popular Jack Sparrow act from the sixth edition of the Pirates Of The Caribbean.

Irrespective of how the quirky, drugabusing Depp-Heard case pans out, it is true that revenge and abuse have no gender. It is time to look for balance in every story.