Homosexuality is no longer portrayed as the last resort of the rejected, frustrated 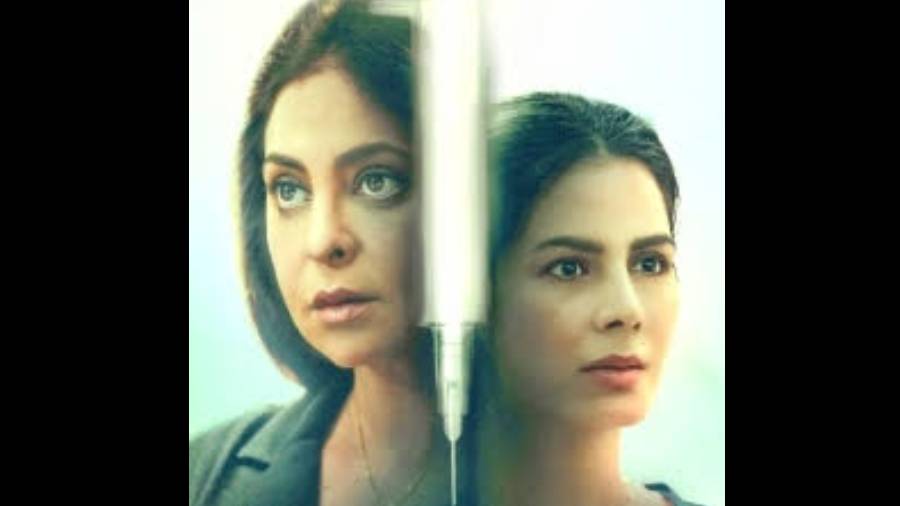 'Human' had an unrequired track of physical intimacy between Shefali Shah and Kirti Kulhari
Bharathi S. Pradhan   |   Published 24.07.22, 03:37 AM

Ever since Bhutan-born Anirban Dhar, better known as filmmaker Onir, brought it out of the closet with My Brother Nikhil (2005) and I Am (2010), and Karan Johar broke the cinematic barrier on homosexuality with Bombay Talkies (2013), Aadmi hoon aadmi se pyaar karta hoon has been stepping out with sure strides.

It’s no longer a comic ingredient, which Johar himself had used in Kal Ho Naa Ho (2003), where unwitting gay situations between SRK and Saif raised much laughter, and in the light-hearted Dostana (2008), where the entire premise was on Abhishek Bachchan and John Abraham pretending to be boudoir partners.

Homosexuality is no longer portrayed as the last resort of the rejected, frustrated.

Deepa Mehta’s Shabana Azmi-Nandita Das film Fire (1996) is often mentioned as a pathbreaker but it was the coming together of two wives who'd been sexually set aside their husbands. Almost an apology for their sexuality, which seemed more circumstantial and less inherent.

In 2016, Aligarh had gone unnoticed at the box office but Hansal Mehta had shown courage in retelling the real-life story of Prof. Siras of Aligarh Muslim University, who’d been hounded for his sexual preference. The sensitivities Mehtabrought to his direction, Apurv Asrani to his writing and Manoj Bajpayee to his performance had effectively showcased the anguish of the gay community.

One calls these filmmakers courageous as they told their stories before the Indian law courts abolished Section 377 in September 2018.

Zoya Akhtar also had begun work on Made In Heaven (2019), her show for Amazon Prime, in which one of the male leads was in a couple of serious gay relationships.

Sonam Kapoor too took the big stride when she signed up for a lesbian’s role in Ek Ladki Ko Dekha To Aisa Laga (2019)— made with sanitised care and without explicit scenes a la Made In Heaven.

After 2018, more followed, in all formats, like Shubh Mangal Zyada Saavdhan (2020) and the Shabana-Divya Dutta-Swara Bhaskar short film Sheer Qorma (2021). The latter was a double whammy as it knit a Hindu-Muslim angle into the gay story.

As did Sushmita Sen’s Arya (2020), which sought to normalise a cop’s relationship with his boyfriend, giving it a Hindu-Muslim tinge as well.

But, in their quest to prove how broad-minded they’ve become, are filmmakers beginning to overdose on inclusivity?

A new film with Rajkummar Rao started off well by throwing red herrings all over the place and creating intrigue.

But the remake of a Telugu film called Hit turned out to be ridiculously illogical precisely because of the newfound fondness for sexual inclusivity.

An enforced Hindu-Muslim track and labouring on feminism are two other elements of inclusivity that are popular but on the brink of misuse with overuse.  Laxmii (2020) was a horror comedy that had Akshay Kumar take on a feminine avatar.

In Kanchana (2011), the Tamil original, the hero was not a Muslim with dis-approving Hindu in-laws. That unnecessary communal track woven into the Hindi remake only helped to distract from and dilute the horror-comedy.

The overdose of the three elements has been most evident in 2022.

Human, the Disney-Hotstar show, had an unrequited track of physical intimacy between Shefali Shah and Kirti Kulhari. Madhuri Dixit’s

The Fame Game had a lesbian couple and gay male partners. Neither feminism nor sexual preference had anything to do with Vidyut Jammval’s Khuda Hafiz 2. But a nod to feminism came from Thakurji the female don who was lesbian to boot.

Gender parity, normalising a different sexuality and Hindu-Muslim amity are important social messages that cinema must disseminate. But making them tedious add-ons defeats the whole purpose of a soft power.