The Telegraph traces the peregrinations of a man who tried to, quite literally, follow a faith 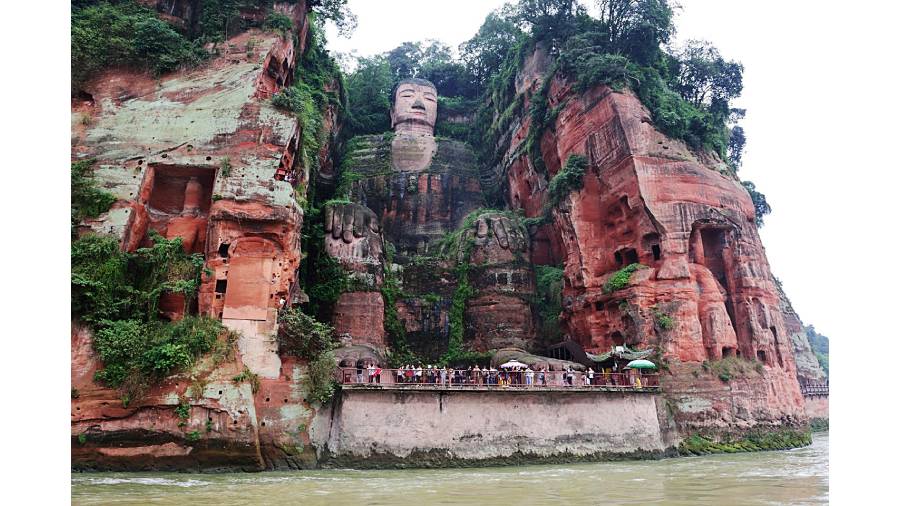 The 35-metre-high Tian Tan Buddha right next to the Hong Kong airport set him rolling on the Buddhist trail. That was 2012 and Deepankar Aron, who is an Indian Revenue Service officer, was posted there as a consul. But the first push had come three years before that when he went on the Kailash Mansarovar Yatra to Tibet in 2009. Aron was on a diplomatic assignment to Japan, when in the coastal town of Kamakura, he caught a glimpse of the Daibutsu, the famous bronze statue of Buddha. “Later, when I saw the giant Buddha in Hong Kong, I realised that it was inspired by some ancient statues of Buddha in Japan and China and a desire to travel to all these places started bubbling in the subconscious,” he tells The Telegraph.

Aron has written about some of these experiences in his book, On the Trail of Buddha: A Journey to the East. The nod to Buddha in the title is spiritual; Buddha never travelled to these places. Aron’s sojourns are on the trajectory of Buddha’s influence.

He was in Hong Kong when he resolved to travel to Kamakura and Leshan in the Sichuan province of China to understand how they had inspired the making of Tian Tan — the name for the large bronze statue of Buddha at Ngong Ping. Leshan is home to Dafo, the world’s highest rock-cut Buddha, standing tall at over 230 feet. 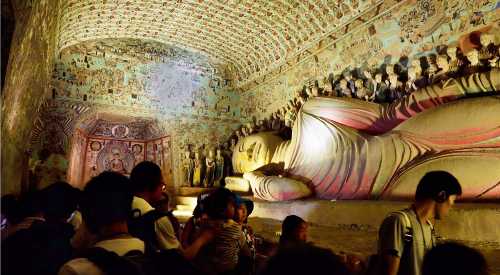 It was not just the statues that kept Aron on the move. At Taiwan’s port city of Kaohsiung, in the museum within the temple complex of Fo Guang Shan, he saw a series of paintings depicting the philosophy and stories of Buddha. A picture of the Chinese city of Xian caught his attention. At some point, Aron travelled to Xian, and saw for himself the pagoda Famen-si that holds some relics of Buddha.

He travelled across East Asia and along the Silk Road between 2009 and 2015, right from Kashgar in the west to Koyasan in the Far East, from Ulaanbaatar in the north to Kaohsiung in the south, covering almost 100 stops in all.

“Luoyang, Xian, Dun Huang (it marked the westernmost border of China 1,700 years ago), Turfan, Urumqi,” the names pour out of him.

He saw the tombs of two Indian Buddhist scholars, Dharmaratna and Kasyapa Matanga, who went to the Chinese royal court in 67 AD. They lived in the Baima si, or White Horse Temple, which was literally built for them and that is where they died after translating sutras from Sanskrit to Chinese. Says Aron, “Their tombs are very well preserved. They looked fresh, as if they were contemporaries of Gandhi, but remember, they are actually 2,000 years old.”

Aron talks about the 1,500-year-old Longmen Grottoes near Luoyang in China’s Henan province. “It has a Buddha with a smiling countenance. He is known as Losan.” Empress Wu Zetian from the Tang dynasty, the only empress to have ruled in China, patronised Buddhism and encouraged the building of the Longmen caves. According to folklore, Losan’s face in the Longmen Grottoes resembles her.

From time to time, Aron points out the Indian connections. “The Indian monk Bodhidharma is closely associated with the Shaolin temple, the world famous centre for kung fu. Apparently, kung fu’s origins are in kalaripayattu, a martial arts form from Kerala,” says our traveller who saw quite a few kung fu shows at the temple itself. He talks about China’s Magao or Dunhuang caves.

Chiang Kai-shek, who was President of China in 1949, fled to Taipei in Taiwan after losing the civil war to Mao Ze Dong. In the 17th century too, when the Ming dynasty was uprooted by the Manchus of the Ching dynasty, the members of the royal family fled from mainland China to Taiwan. Says Aron, “So one finds a lot of Buddhist and Confucian temples in Taiwan and the religious fervour there is remarkable.”

From Taiwan, Aron journeyed to Seoul. He also talks about Buddhist temples near Busan such as Beomeosa, Bulguksa, Haeinsa... These were set up by Korean monks who had been to China.

Aron called it a wrap in Japan. It is here that he saw the Buddha of Nara. Nara was the ancient capital of Japan. Says Aron, “The Todai-Ji temple that houses the Buddha was inaugurated by Indian monk Bodhisena who was invited by the emperor... But the place experienced an epidemic in 775 AD, a lot of people died and the king decided to shift the capital to Kyoto leaving the Buddha of Nara behind.”

But the highlight of it all was beholding the Buddhist originals of what we in India know as Gandhiji’s three bandars. Says Aron, “The monkeys that hear no evil, see no evil, talk or speak no evil are an integral part of Buddhist philosophy, and are engraved in a temple called Tosho-gu in Nikko, north of Tokyo.” It seems Japanese scholar Fujisan travelled to India sometime in the 1940s and met Gandhi, whereupon he mentioned the monkeys.