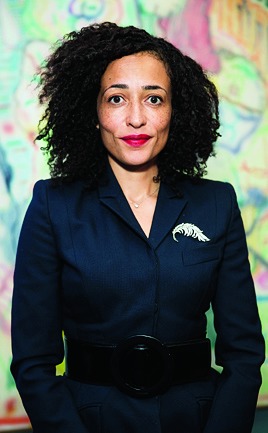 Zadie Smith's newest work, the collection of essays that she calls Feel Free, is without doubt a treat for the reader. Those familiar with the easy rhythm of her novels will doubtless find more of the same here. Smith begins her collection with an essay on shrinking public library space in London. She talks of how, in the face of the grand scheme of digitization, smaller libraries no longer get budgets, but how people still fight to save them because of the emotional bond they have with these libraries. Smith's collection of essays is no less than a library when it comes to its content: an interview with the rapper Jay-Z, an essay on how Mark Zuckerberg and social media are shaping lives, a study of an old woman by an eighteenth-century German portrait painter, book reviews of Hanif Kureishi, an attempt at 'life-writing' and, of course, the customary essays on climate change and Brexit.

The title and the last section of the book are about feeling free. Smith certainly takes her 'feeling free' to new heights when she brings together seeming extremes of the old and the new. These comparisons almost work as a pattern throughout the collection. Often extremely disparate connections, such as those between the Borgias' gardens in Renaissance Italy and their avatar in present-day Florence, or modern-day teenage icon Justin Bieber and the theologian Martin Buber (where Smith almost makes the coincidental similarity of names seem a legitimate connection), say so much about the way modernity addresses the past that the essays rise beyond their casual tone towards making larger philosophical claims. Bieber, of course, gets scathing criticism and, in Buber's famous 'I-Thou' dialogic, is equated to the "the demonic Thou, the Thou that does not respond" and with "all cult leaders [who] speak the demonic Thou", something that closes the possibility of dialogue. Smith ventures into other (and very disparate) thought-provoking comparisons: in her essay "Man versus Corpse", she moves from the depiction of a corpse in a Renaissance painting to zombies in cinema and then to the pile of corpses after the collapse of Rana Plaza in Dhaka.

Samuel Johnson, writing in 1755, had defined the essay as "a loose sally of the mind; an irregular undigested piece; not a regularly and orderly composition", a definition that Smith herself quotes elsewhere, when she writes about the essay form. Her own writing seems to follow this looseness, as do the titles of her essay collections, Feel Free and Changing My Mind. Critics have already responded to her latest collection with mixed feelings, and a reviewer for The Guardian has called her essays "cultural thought experiments from her desk", hinting at a distance between the topics and the writer.

This is something that Smith herself continually endeavours to refute by taking us with her on her garden walks or to the art gallery to closely analyse a relatively obscure painting. Feel Free will give the reader just the suggestion of freedom it promises as it skips from one topic to another. The lightness is deceptive, however; the reader must be prepared to engage with deep reflections on the past and the present and wonder whether there is a shade of the ironic in the title.