A conversation with William Dalrymple 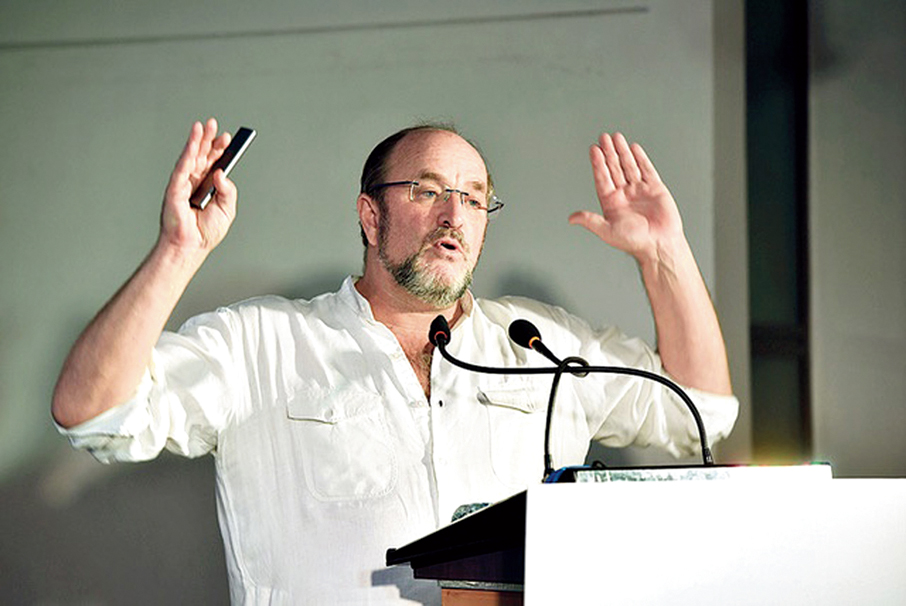 As the present changes, the view of the past changes with it and that is entirely legitimate as long as it is based on historical resources and not based on political, racial or religious prejudice: William Dalrymple
Sourced by the Telegraph
Anannya Sarkar   |     |   Published 15.06.20, 02:03 PM

The reception of the book has been interesting. In the US, it has been read as a cautionary tale about Big Tech and Elon Musk’s ambition to colonise Mars, and in Britain, there has been a bit of surprise about what people’s forefathers were up to — ‘was it really that bad?’ I have been asked,” admitted William Dalrymple on the heels of the release of his book, The Anarchy: The Relentless Rise of the East India Company in an interview with The Telegraph last year. In fact, this is a narrative about the Raj that has reinforced the importance of taking lessons from history and historians-writers such as Dalrymple have helped in that endeavour with their detailed, vivid and arresting retelling of the same. For years now, he has delved into our shared history, written books, made television series and also retraced his own lineage to Chandernagore while at it, and is only too happy to share his knowledge as he did on the evening of June 3 for FICCI Flo.

Amid the common notion of drawling historians who concern themselves too much with facts and figures, Dalrymple is a storyteller, albeit based on these same facts and figures. “There are so many historians here who are so fabulously boring!” says Dalrymple jauntily while crediting his interesting narratives to the historical characters that he never forgets to take into account, along with the economic and political processes of the times. Excerpts from an evening spent in the annals of history:

What was the role of women in India’s colonial history? Were there any women who could have changed the course of our history? 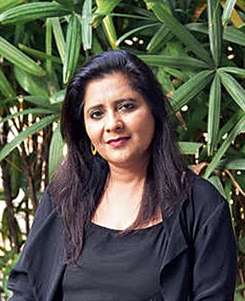 This event was the Calcutta chapter’s first national event and created a lot of interest. William, in his unique style, explained the taking over of our country by the East India Company, with the use of old photographs and paintings that drew a vivid picture in the minds of the audience. This talk was indeed a treat for all of us — Sunira Chamaria, chairperson, FICCI Flo, Calcutta
Sourced by the Telegraph

Mughal women were much more powerful than people are aware of and the person to read about this is Ruby Lal, who has written three books on this and everything I am about to say comes from her work. I think colonial historians tended to see Mughal women as entirely sexualised objects and that isn’t at all the reality. Mughal women and particularly the senior begums were enormously powerful figures and in the world where the men and the princes were often battling with each other, it is often the grandmother who would make peace and bring people together. When Akbar and Jahangir fall out with each other, it’s the aunt who acts as the mediator. They are also important for all the marriage alliances. In the East India Company, you had big women investors, as you know from Jane Austen that there were a lot of wealthy widows in English society during that time. There are articles that point towards a disproportionate number of women investors in the East India Company but no women, as far as I am aware, were executives in the company — it was very much a male organisation. For that reason you have a lot of British and Scotts too coming to India and falling in love with a lot of gorgeous Bengali women!

Of late, there’s been a tendency to rewrite history. Akbar is no longer great and Tipu Sultan has been taken out of many history books…

People have always understood history through the prism of the present and this has happened throughout human history. As the present changes, the view of the past changes with it and that is entirely legitimate as long as it is based on historical resources and not based on political, racial or religious prejudice. And just because you don’t like a particular religion or race does not mean that you will take that out of history and there’s been a little bit of that going on.

This is something that I only seem to get in India because there are so many historians here who are so fabulously boring! I think that’s partly because there’s been a very strong leftist swing in Indian academia and in the Marxist understanding of history, what matters is economic and social forces and not individuals, with the result that characters and individuals have been weeded out from Indian history and replaced with unseen economic and social process. That does not make very readable history. I write history like anyone else, anywhere else in the world — I take in the economic and social forces but I also take in the factor of individual personality. Obviously the present would be different if Amit Shah and

Mr Modi did not exist and there we have an example of a particular combination of characters who have changed the nature of modern India. Plus the perception of Rahul Gandhi as someone weaker and less commanding. We also know that the unseen economic forces are also at work in the form of the economy and the recession. When we try to understand the present, we try to balance the both and the trick is to do that for the past too. There is no fictionalisation in my work at all — it’s very strictly history. But it uses biography, people’s notes and a lot of art too, which also allows us to have a clearer picture of the past.

You have often likened your writing process to Chinese cooking…

I write all sorts of books and they have different processes. I generally spend the year after I publish a book going on book tours, thinking about what I am going to do next, reading secondary material available on the subject. The next two years is spent in the archives, particularly at the Indian National Archives on Rajpath and the British Library in London. And then I sit down at home and work, through Persian translations, etc. because it is important to get the Mughal point of view translated and not just the British version of that — and only a very handful people can read Persian in India now. At home, I put these into indexes — people, places and random topics and a detailed dateline, diced and marinating with notes and quotes. This is a very slow and painful process, hence the comparison to Chinese cooking. When you actually come to write it, it’s hopefully very quick as you just shove it into a wok and stir-fry it and nine months later, a book appears. That’s the idea.

Which period of Indian history fascinates you the most and why?

There is this space between the Mughals and the Raj between Aurangazeb’s death in 1707 and the Great Uprising of 1857. This is a largely forgotten period though it was very different socially as there was a great intermingling — for example when one-third of the Company was married to Bengali women, which hugely changed both British and Bengali culture. The Bengalis remain the last Anglophiles in the country, I think! (laughs) Many of you might have more European blood than you realise.