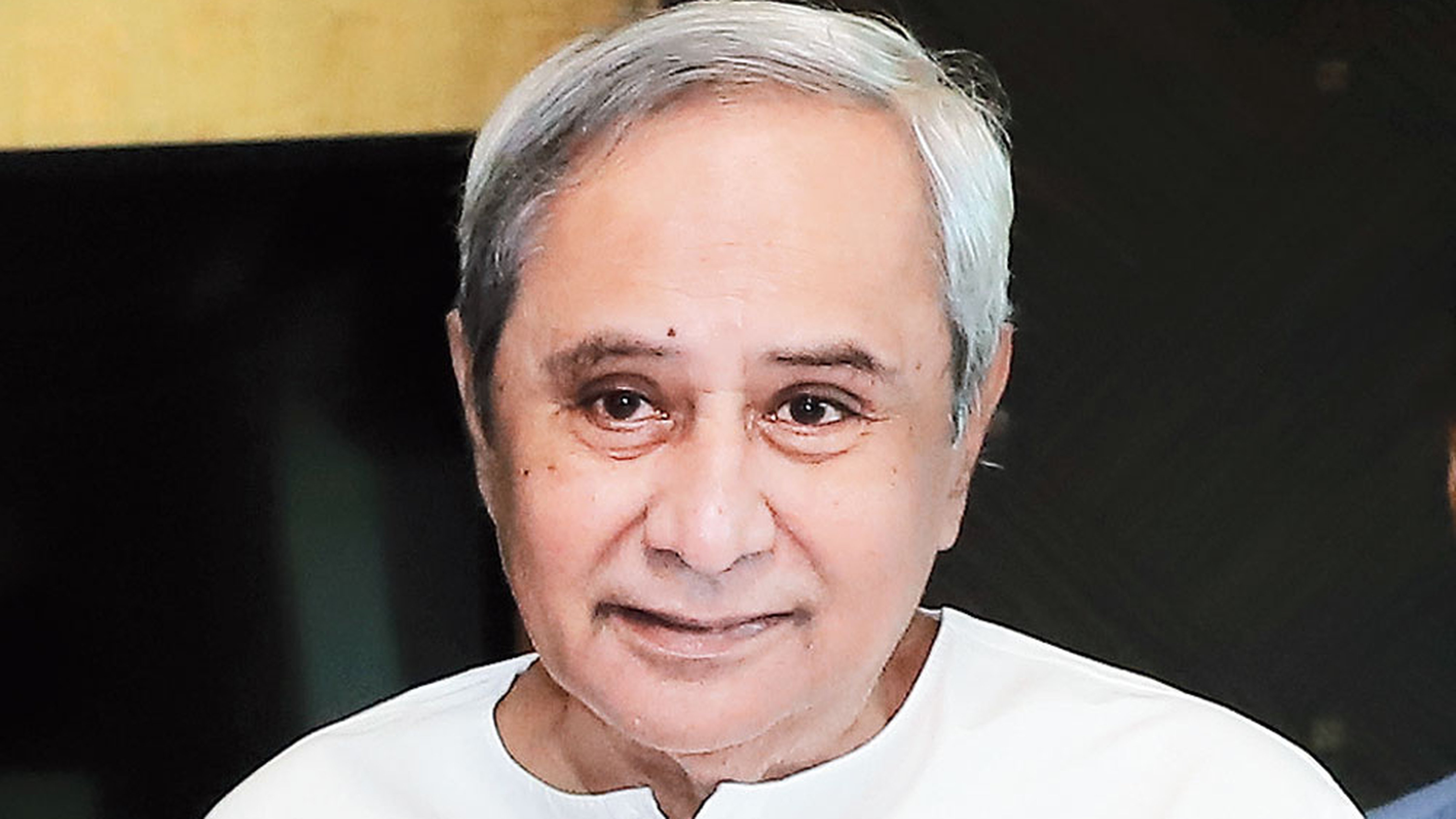 With every ‘decisive’ action, Naveen’s own image as a no-nonsense chief minister has grown
The Telegraph file picture
Ruben Banerjee, An Extract From His Book Naveen Patnaik   |   Published 30.05.19, 09:27 AM

Naveen always had a simple way of looking at life, his journalist friend Vir Sanghvi wrote, recounting the chief minister’s earlier years in a weekly pullout of the Hindustan Times a decade ago. ‘Pappu [Naveen’s pet name] didn’t seem at all concerned about worldly goods. He lived at the right address, had two servants and a car and a driver [he can’t drive], but that was about it. He never ate at fancy restaurants, and guests to his house, no matter how grand, ate whatever Manoj, the cook, made. His entire wardrobe seemed to consist of elegant but basic kurta-pyjamas.’ Sanghvi went on to write that Naveen, when asked one day in a ‘slightly drunken moment’ about his simplicity, said, ‘I have seen the most beautiful things in people’s houses. To love beauty, you don’t need to own it. You must just appreciate it.’

That being the guiding principle of Naveen’s life, it is not hard to guess why Odias have overwhelmingly fallen for him and come to be generally convinced that he is Mr Clean. The chief minister’s somewhat clinical and detached behaviour has helped in no small measure. When he came to live in Bhubaneswar, he did not bring his friends from Delhi. Some of them do stay in touch and visit Odisha occasionally, but Naveen has generally kept them at arm’s length. He still catches up and socializes with them a few times a year, but that is only when he visits Delhi and some of the old friends gather discreetly at some hotel. Naveen’s friends from all over the world apparently miss him, but he doesn’t seem to miss them. Hundreds of greetings cards sent by friends still pour in every year on his birthday and the New Year. Some write long, intimate personal messages. Last year he got a message from a member of the royal family of Monaco. The chief minister reads the messages, but never replies. But why not? His take is simple: ‘I am fine, they are fine. Why bother?’

His extended family has also spared him the blushes. Naveen is closest to his sister Gita, but she lives with her family in the US. She visits often to check on her brother, but prefers to stay within Naveen Niwas beyond public gaze. Prem is in Delhi and rarely visits. The last time he was seen in Bhubaneswar was perhaps for the last rites of Gyan Patnaik a couple of years ago. Naveen does not seem to be particularly close to Prem’s family either. Arun Patnaik, Prem’s young, lanky son, was spotted in Cuttack a couple of years ago and this instantly triggered speculation that he could be at the core of the family’s political succession plan. The boy went back and has not been seen in Odisha since. The rumours, consequently, ran out of steam.

Being alone helped Naveen immensely in a state where politicians in power were known to run a family empire.

When J.B. Patnaik ruled, the fortunes of his family grew. Members of his extended family were always around, to the extent that if someone had to throw a stone in Odisha, the saying was, the stone would certainly hit a Patnaik. But Naveen turned out to be different.

That Naveen displays no soft corner or attachment for anyone is his biggest political asset. A top bureaucrat,who served in the chief minister’s secretariat and on whom Naveen depended heavily, has an interesting story to tell. The official’s stint at the chief minister’s office had come to an end and he was moving to another important assignment. The bureaucrat went to say goodbye to Naveen, but in going in and coming out of the chief minister’s room, he took barely thirty seconds. Though known for courtesy and etiquette, Naveen refused to engage in any conversation.The officer was already a thing of the past in Naveen’s mind and so he felt no attachment to him any more. This trait of his explains his ability to sacrifice party colleagues and close associates so often. Given that he always shows people the door on the pretext of achieving something noble, he never attracts public disapproval. On the contrary, he is applauded for being decisive. And with every such ‘decisive’ action, Naveen’s own image as a no-nonsense chief minister has grown.

By rough estimates, Naveen has so far shown the door to some forty-six of his ministers on some pretext or the other. It all began with the sudden axing of Nalinikanta Mohanty, who was also the working president of the party, along with two other ministers, Prashanta Nanda and Kamala Das. A year later, four more ministers – Debi Prasad Mishra, Amar Prasad Satpathy, Duryodhan Majhi and Adwait Prasad Singh – were sacked.

Two of these were dropped on grounds of non-performance while the other two had to go over alleged links to scams and corruption. They were followed by Pramila Mallik, the minister for women and child development, who had to step down a year later for not disclosing in her poll affidavit a case that was pending against her. In a nutshell, whenever there was the slightest whiff of a controversy, Naveen swiftly put the blame on someone else and removed them.

Rabi Narayan Nanda was the high-profile minister for water resources and was caught in a sting in March 2006 that purportedly showed him attempting to buy the loyalty of an opposition MLA. All hell broke loose and Naveen acted with alacrity, sacking Nanda quickly. A hooch tragedy took place in Ganjam in April 2006 and excise minister Kalindi Behera had to go…. In all these cases, the underlying theme is the same – however high or mighty the persons may be, Naveen would not tolerate their wrongdoings. Irrespective of their guilt or innocence, the ministers had to go and Naveen held on to people’s trust.

But a top bureaucrat who worked closely with the chief minister had another, altogether more cynical explanation for Naveen’s continuing popularity. ‘His biggest achievement is that he has not done anything that is spectacularly wrong,’ the official said. In a state where earlier chief ministers were known to lurch from one blunder to another, Naveen set a new benchmark of not making wrong decisions.

Janardan Pati, a veteran leader of the CPM and currently member of its central committee, attributed much of Naveen’s success to his non-interfering and non-oppressive ways, his light touch. The veteran Marxist cited a recent example to illustrate his point. Thousands of anganwadi workers converged on Bhubaneswar in the autumn of 2017 to press their demands, including a wage hike. The protesting women, noisy and itching for a showdown, blocked a city thoroughfare for more than a month. Unlike other state governments which probably would have cracked down on them, Naveen’s administration looked the other way. The women were allowed to squat on the road, disrupt traffic and vent their anger until they got tired and their tempers cooled down. They dispersed and went back home several weeks after they had arrived, though the government met their demand only partially by agreeing to a marginal raise in their salary. 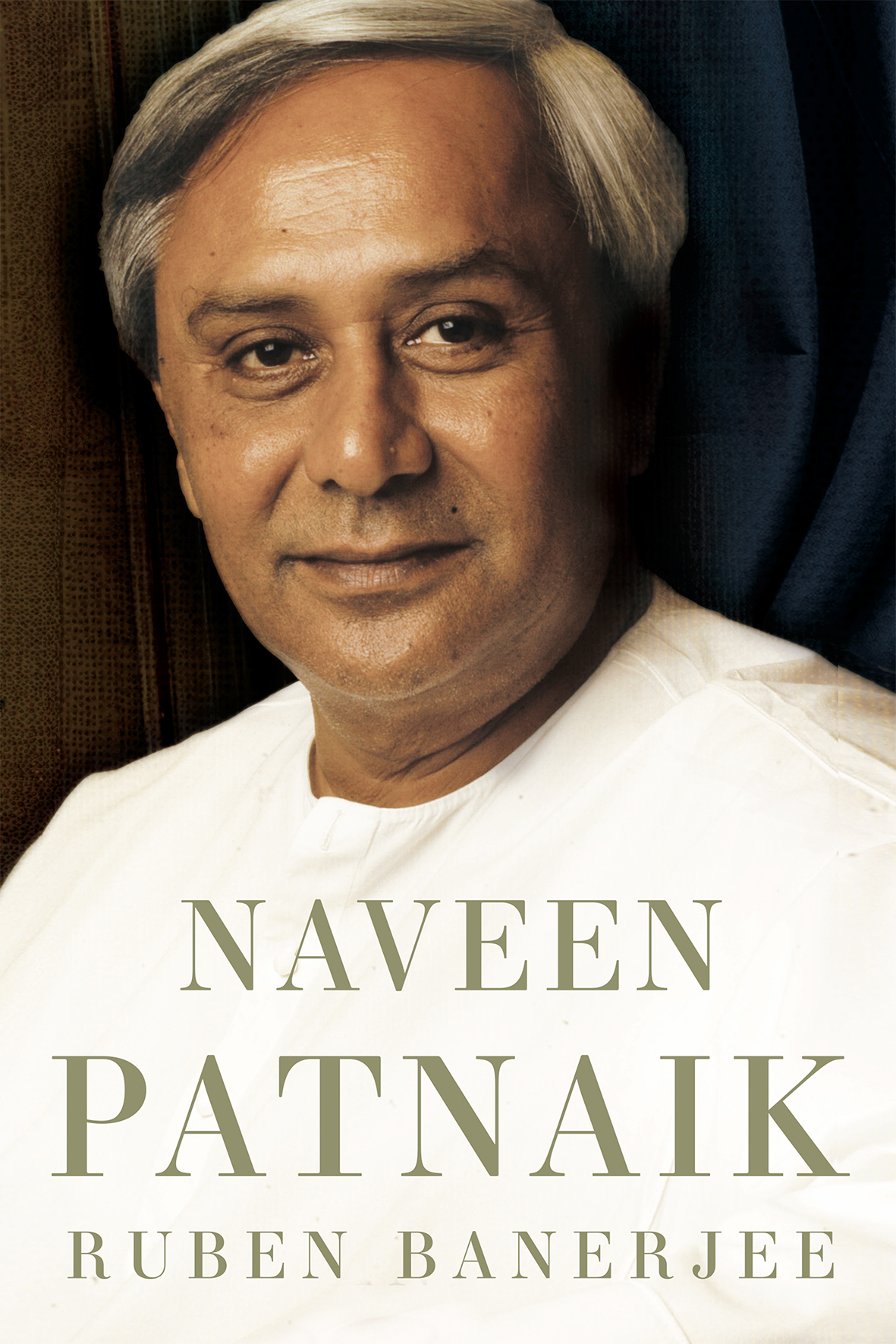