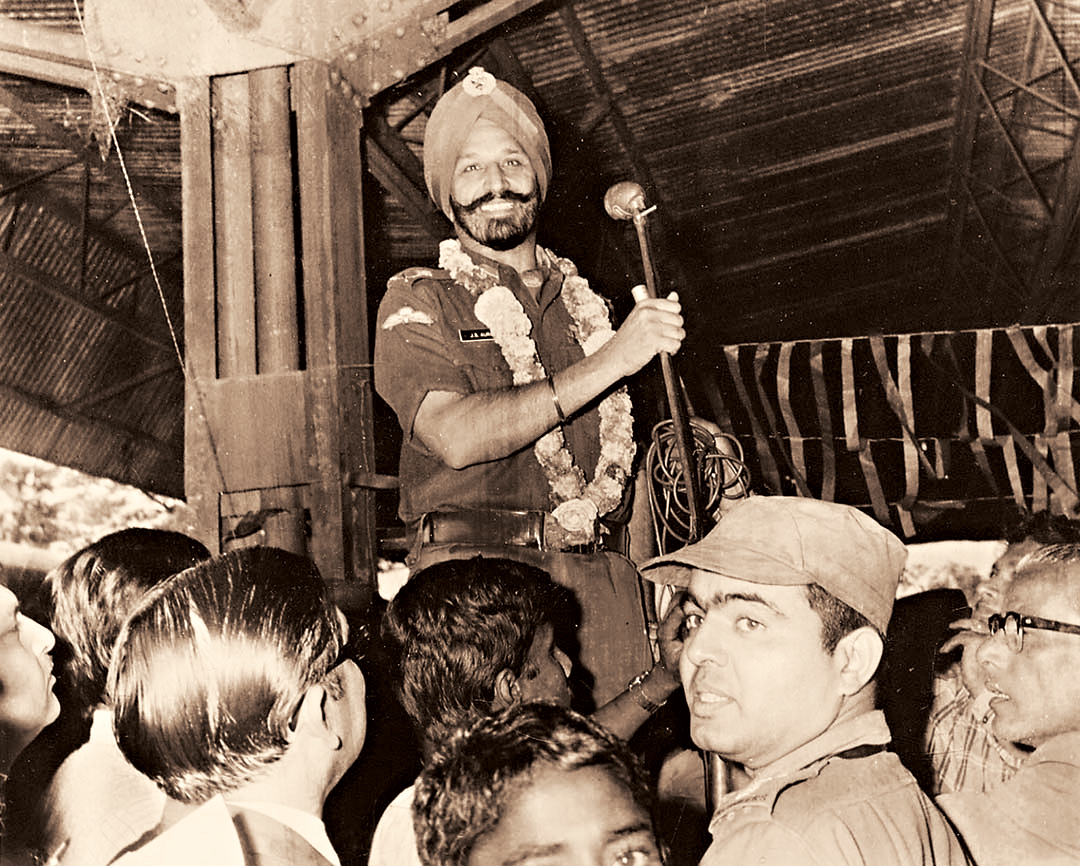 This is an important book that looks at the diverse and conflicting ways in which the making of Bangladesh is remembered in Pakistan, Bangladesh and India. The book does not, and does not claim to, offer any startling or novel revelations on the war. A large number of interviews held in the three countries have been woven together to create an extremely readable story that would appear to uphold two fairly widespread political and psychological maxims. First, one society’s terrorist is another society’s freedom fighter. Second, there is nothing random about either memory or amnesia. People remember, or not remember, significant political episodes based on larger patterns often shaped by dominant narratives created by State systems. This book exemplifies these maxims admirably. The author, a Pakistani national settled in Canada, has conducted extensive interviews in the three countries and given us an account of 1971 that is both illuminating and interesting.

It was perhaps inscribed in the very nature of the enquiry that the scholar working on 1971 would turn the gaze back to 1947. For the Indian nationalist imaginary, the Partition in 1947 evoked a sense of loss, tragedy and nostalgia. Many Indian scholars also raised the following question: could the Partition have been prevented? Some traditional patriotic people also nurtured the hope that someday in the future the two countries would again become one. It was not simply the violence and the bloodshed that pained them. It was also the partition of the nation whose unity they had taken for granted. All in all, there was something consensual about the tragedy of the Partition in the Indian imaginary.

In the Pakistani imagery, such thinking was considered bizarre. A nation state had been created which ought to be the occasion for much celebration. It was a long cherished dream which had finally come true. It was their tryst with destiny. A moment of loss and longing in the Indian imagery was one of triumph and celebration in the Pakistani imagery. The two narratives, of loss and catastrophe on one side of the border and joy and fulfilment on the other, were indeed irreconcilable. History writing, textbooks, museums and archives, sites of historical tourism in each country were placed at the service of its own historical memory.

However, history repeated itself with remarkable precision. The Muslims of Pakistan, who had fought so hard for their nation state, discovered fairly early after 1947 that they were indeed divided between Bengalis and Punjabis. Before 1947, Muslims had naively thought (or were told) that they were fundamentally different from Hindus and, therefore, couldn’t live with them. Now they discovered that Punjabi and Bengali Muslims, too, couldn’t live together. Punjabi Muslims dominated and discriminated against Bengali Muslims and the latter were determined to resist it. The religious fault lines, so crucial a few years ago, became less important and were replaced by cultural and linguistic ones. Very much like a replay of the 1940s, two rival nationalisms were created in an irreconcilable conflict with each other. An old tussle between new rivals was played out since the 1950s and became particularly vicious in the 1960s. Since March 1971, it took the form of untold and unprecedented brutality perpetrated by the Pakistani army on the people of East Pakistan and a heroic resistance by the people of soon-to-be-created Bangladesh. The book has provided important details of the struggle, narrated either through direct participants or their family members.

In the national imaginaries, the second partition evoked very similar responses as the first one had a few decades ago. There was pain and sorrow on one side and jubilation and fulfilment on the other. The reservoir of emotions around 1971 was very similar to that generated around 1947. The only difference was that the beholders of the emotions had changed, almost like the game of musical chairs. The Pakistani imaginary looked at the making of Bangladesh as a monumental tragedy, evoking a sense of loss, longing and nostalgia. They also asked the question: could the partition of Pakistan have been avoided? But for the people of Bangladesh, this was a moment of triumph. In the subsequent years, particularly after 1990, they found appropriate ways of remembering their struggle — through museums, archives, textbooks, new curriculum, and chosen sites of martyrdom. As the memories of 1971 became sharper, those of 1947 got blurred in the Bangladeshi imaginary. Very interesting, although predictable, patterns of memory and amnesia followed.

The book argues — persuasively and convincingly — that memory and amnesia have been more of a ‘project’ rather than natural and organic processes. It is not simply a random case of remembering and forgetting, but rather a conscious project sustained by huge national resources to create suitable reservoirs of collective memories. These reservoirs vary across national boundaries. Heroes and villains, triumph and defeat, joys and sorrows, fulfilment and frustration, and, indeed, memory and amnesia simply exchange places. The book is an important repository of popular memories of 1971 across the three nation states. It is also a useful commentary on how collective memories are shaped, controlled and nurtured by the dominant national narratives.