Threading together stories of 1984 violence

Night of the restless spirits will always be a book for the times. A chat with author Sarbpreet Singh 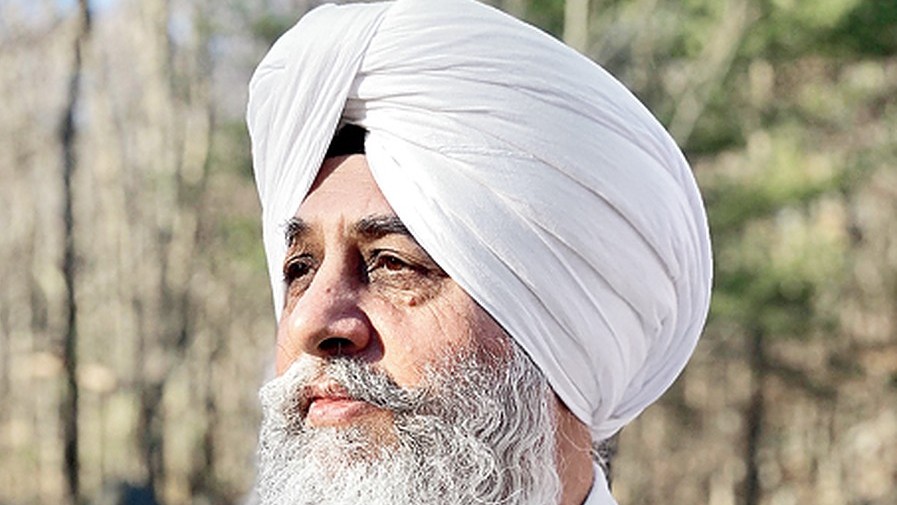 On October 30, 1984, Sarbpreet Singh was a strapping lad of 24, in a college far away from the hot seats of the massacre that was unfolding in the country. Hailing from BITS Pilani, Singh was an engineer living the grand American dream soon after, having believed the mainstream media and their toning down of the violence that had unfurled in the country. It was only after having spent a few years in the USA that he felt the need to connect to his roots and stumbled upon the huge collection of information that was finally painting for him, the real picture of the state of the country at the time. Thus began his journey of grappling with truth through storytelling and the seeds of Night of the Restless Spirits (Penguin; Rs 499) was sown.

After 34 years, this collection of short stories is now available to the public and they make for some of the most difficult reading in recent times. Exploring various facets and demographics of Sikhs and non-Sikhs who were affected by the 1984 pogrom, Singh is of the firm belief that this generation needs to remember these stories. Each story is a guttural cry of pain as the reader witnesses the complete dismantling of sanity and preservation in innocent people at the time. In Phaaji, a Kashmiri family tries saving the lives of a Sikh family — an association formed by the strings of innocent, first love between two children.

There are six more such heart-wrenching stories and a poem that constitute Night of the Restless Spirits and Singh was perhaps meant to be a storyteller. Kultar’s Mime was the poem that Singh wrote giving voice to little children who suffered in the aftermath of this massacre, which his daughter Mehr Kaur decided to adapt into a play. It tells the story of Aftaar, a deaf and mute boy who could only express in sign language, the way his father was lynched in 1984. So cathartic was the journey of this play for the creators as well as the audience that the team travelled to six countries with it, performing it over 90 times. The attention and reaction to the play around the world led Singh back to this book that is being received by a hushed appreciation for stories well told.

A podcaster, theatre enthusiast, playwright, mentor and author, Singh has donned all the hats for his love of storytelling and reflections on the historical accuracy of documentation of the past. We caught the US-based author on a quick call to discuss at length, the makings of the book and the thoughts that crowd his mind. Excerpts

Tell us about the events and influences that led to the beginning of this journey with the year 1984.

As a young Sikh man, it felt like the collective finger of the nation was pointed at me every day since the events of 1984 and subsequently, I left in 1987 for the USA to attend graduate school. As is the norm with a lot of people who travel far away from their roots, I started gravitating towards my language, my culture, my roots, which I had been far removed from. I was able to get my hands on a copy of the “black book”, titled Who Are The Guilty. None of the authors were Sikh and the report looked pretty authentic. Another report Oppression in Punjab by Citizens for Democracy led by Justice Tarkunde, another source that seemed impeccable. And in some oblique manner, all this took me back to 1984. It was shattering for someone who had a very different idea of the incident. Madhu Kishwar’s account in the journal Manushi was another such influence. It was Veena Das’s study on the massacre and the documentation of six kids and their plight that led to Kultar’s Mime. This prompted me to write the eponymous story Night of the Restless Spirit. I tried to thread together some of the violence in this story. Having been an avid reader, I was deeply moved by works such as Midnight’s Children by Salman Rushdie, The Tin Drum by Gunter Grass and One Hundred Years of Solitude by Gabriel Garcia Marquez.

Is there a bit of Raja (the protagonist of The General, a story of a Sikh man in America) in you?

There was a lot of me in every character that responds to the violence. There is a lot of Raja in me in the sense just like he was unconnected to his faith, so was I. Except for my turban, which I kept but it hardly meant much to me. I also did listen to young Sikhs that I admired. I was from an upper-middle-class family in Gangtok, listening to English music, went to elite school, read in English, and my connection to my roots was non-existent. These young men were able to look at everything from the lens of 1984 and that helped shape my worldview as well.

The book is very specific. It doesn’t shy away from assigning blame.
Sourced by the correspondent

What was your purpose behind writing this book?

I didn’t want anybody to grow up thinking the Indian nation attacked the Sikhs or that Hindus attacked the Sikhs. Because that was simply not true. What happened was that a very narrow political interest attacked the Sikhs to further its own agenda. That is why you find that the book is very specific. It doesn’t shy away from assigning blame. There hasn’t been a reckoning. In the very least, we need to remember who the perpetrators were. My hope is that this collection of fiction will be much more accessible than a Human Rights Group report. I hope it helps create a sort of awareness amongst the new generation of Indians who know nothing about this and are likely to not find out either. 1984 wasn’t the last 1984. There was 2002 and 2020 as well and it won’t be the last of 1984. This is not going to make its way into history books, ever. I see this as a cautionary tale that warns about evils of sectarian violence. Art is one vehicle for giving voice to the voiceless and that’s what this book tries to do. The book is more on the history of the Sikhs than the religion of the Sikhs.

With social media, is there a blurring of the concept of democracy being limited to geographical boundaries?

Absolutely yes and the reason for that is the extremists among us will always have the loudest voices, which tends to be amplified on social media most easily and effectively. The decent majority is always silent. That’s the sad fact of social media. It’s the people on the fringes who make the most noise. When there is a culture of mainstreaming the hatred, driven by demagogues who have now become leaders (This is true of US and India and other countries), there is sectarianism. This has emboldened the ones among us who have extreme views and social media has given them a bullhorn that allows them to spread their ideas. Social media can be a force for change like we saw during Arab Spring but it can also hijack a conversation for the negative.