In spite of some shortcomings, Darwin of Stellar Astrophysics: Meghnad Saha, has enough material to be useful to scientists of a different generation 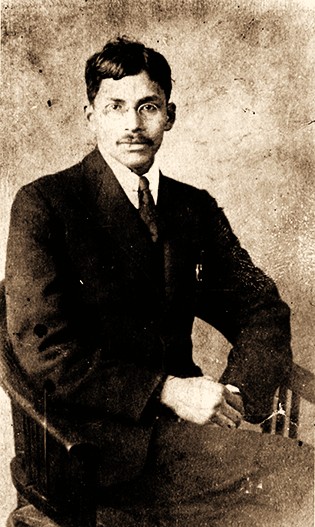 Meghnad Saha’s most important work — the ‘Saha equation’ — is pivotal to the development of a huge part of astrophysics research
From The Telegraph archives
Palash Baran Pal   |   Published 28.05.20, 04:53 PM

From the cover and the title page, one learns that the book was “released on October 6, 2018 during the 125th birth anniversary celebration” of Meghnad Saha held at the National Academy of Sciences. I was invited as a speaker to that conference: I did not see the book there. Inside the book, on the page reserved for publication data, it says that the book was published in 2019. Let us not delve into this confusion about the publication date and look at the content of the book.

Darwin of Stellar Astrophysics: Meghnad Saha is divided into 15 chapters. Three of these chapters contain lectures delivered by Saha, some of his letters and correspondences, and articles written by him. There are a few chapters comprising documents, or excerpts from documents, related to Saha and his work. And then there are articles evaluating the various activities of the scientist. His personal life is also portrayed in four articles containing reminiscences by his family members.

A good number of the entries in the book are reprints. If that is the case, I don’t know why Saha’s seminal 1920 paper was not reprinted. A huge number of pages have been devoted to the remarks of Western scientists on his work. Frankly, I think these remarks are unnecessary. Saha’s most important work — the ‘Saha equation’ — is so pivotal to the development of a huge part of astrophysics research that it does not really matter who wrote a few complimentary or appreciatory remarks about it in some form or the other. The fact is it is an acclaimed masterpiece. The editors perhaps have named him the “Darwin of Stellar Astrophysics” because of the pioneering nature of this work. Personally, I do not like such titles. Saha does not need to ride on Darwin’s shoulders in order to be acknowledged.

The importance of the Saha equation comes out clearly in a few articles that can be called critical evaluation of Saha’s work. These articles are not aimed at the general reader. They are for trained physicists only. Some more non-mathematical articles were expected in a collection like this.

Apart from the Saha equation, the only other activity of Saha that has received ample attention is his initiative in building up research infrastructure in India. A whole chapter has been devoted to it, with contributions by four authors. But Saha’s other contributions to physics as well as his efforts in river planning or calendar reform have been mentioned only fleetingly. It is possible that this is what the editors wanted: they wanted to highlight the Darwin that is called Meghnad Saha.

The production quality of the book is not great. The typesetting is amateur. The cover and the overall get-up resemble a journal rather than a book. The editors could have also enhanced the value of the book by citing the sources of the material included and by using entire articles where only ‘edited’ excerpts have been used. There are also slips in the sectioning: for example, in the section titled “Letters by S. Chandrashekhar...”, there suddenly appears a letter from F. Joliot-Curie. Chandrasekhar’s name has been spelt in two different ways in two consecutive lines. In the Preface, the Russian physicist, Piotr Kapitza, has become Serguey Kapitza. In spite of the shortcomings, the book has enough material to be useful to scientists of a different generation. The volume comprises good articles, interesting photographs and engaging documents that are not easily accessible to the general reader.