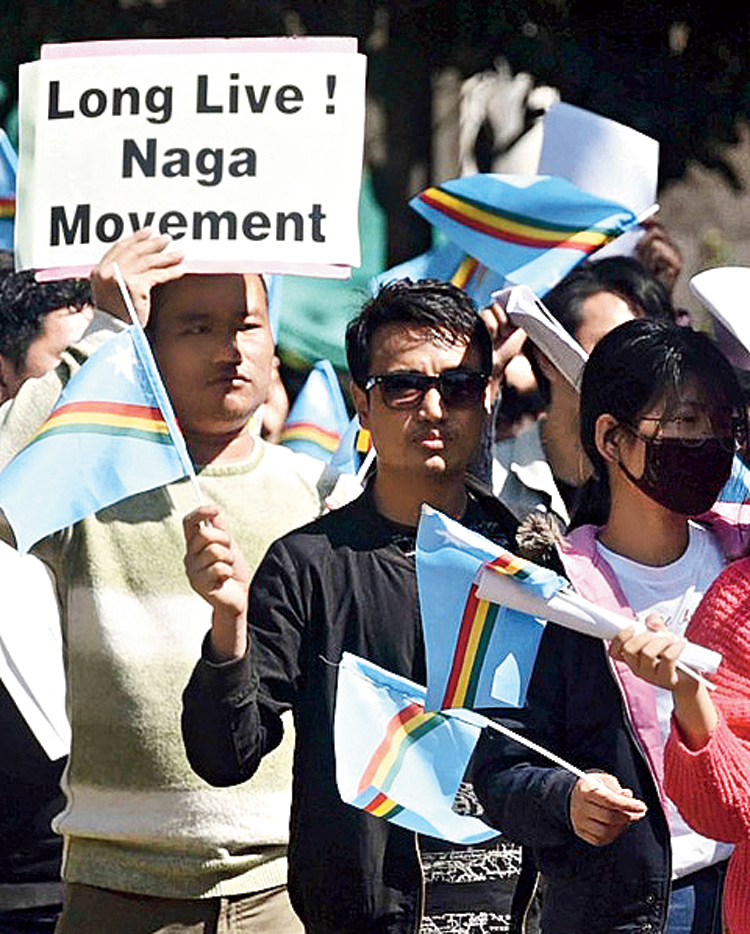 If the formation of Nagaland has sown the ‘seeds of tribalism’, then tribal politics has always been part of the Naga movement. The movement has been marred by factionalism.
(PTI)
M. Amarjeet Singh   |   Published 19.09.19, 09:36 PM

The book, comprising five chapters, is intended to create a better understanding of the Naga people and their movement. It is entirely based on extensive interviews by the authors with prominent Naga nationalists in the late 1990s, including Isak Chishi Swu and Thuingaleng Muivah, after the National Socialist Council of Nagaland (Isak-Muivah) signed a ceasefire agreement with the government of India. The authors rightly argue that before the ceasefire it would not have been possible to meet them. The book is important in understanding the Nagas (of Myanmar and India), different phases of the insurgency, the leadership amidst tribal politics, the formation of the Nagaland state and external factors in the insurgency.

The main goal of the Naga movement has been the integration of Naga-inhabited areas of India and Myanmar. It is alleged that the formation of Nagaland as a separate state is ‘a measure of counter-insurgency’ to divide the Nagas since a large number of them live outside the state. Over the years, the movement has also undergone several changes in which the situation of conflict deepened whenever the government intervened.

The Naga is a conglomeration of different tribes, but there is considerable lack of clarity about the number of tribes. The book tries to trace back the history of political resistance of the Nagas since 1228 C.E., when the Tai invaded Assam. This claim cannot be empirically validated because of limited evidence. However, the advent of British rule and Christianity brought far-reaching transformation among the different tribes including the subsequent emergence of a Naga consciousness. Then the Naga Club brought the group consciousness into actual political mobilization. This is still an ongoing process. In due course of time, Christianity had played a crucial role in educating and mobilizing the people.

If the formation of Nagaland has sown the ‘seeds of tribalism’, then tribal politics has always been part of the Naga movement. The movement has been marred by factionalism. If there were the pro-independence groups, there were also pro-India groups. The latter had even succeeded in the formation of Nagaland. Today, the NSCN(I-M) has managed to establish itself as the more acceptable force, but others too have their share of influence. Several peace accords have been signed in the past. But, these accords have not only failed but worsened the situation of conflict. 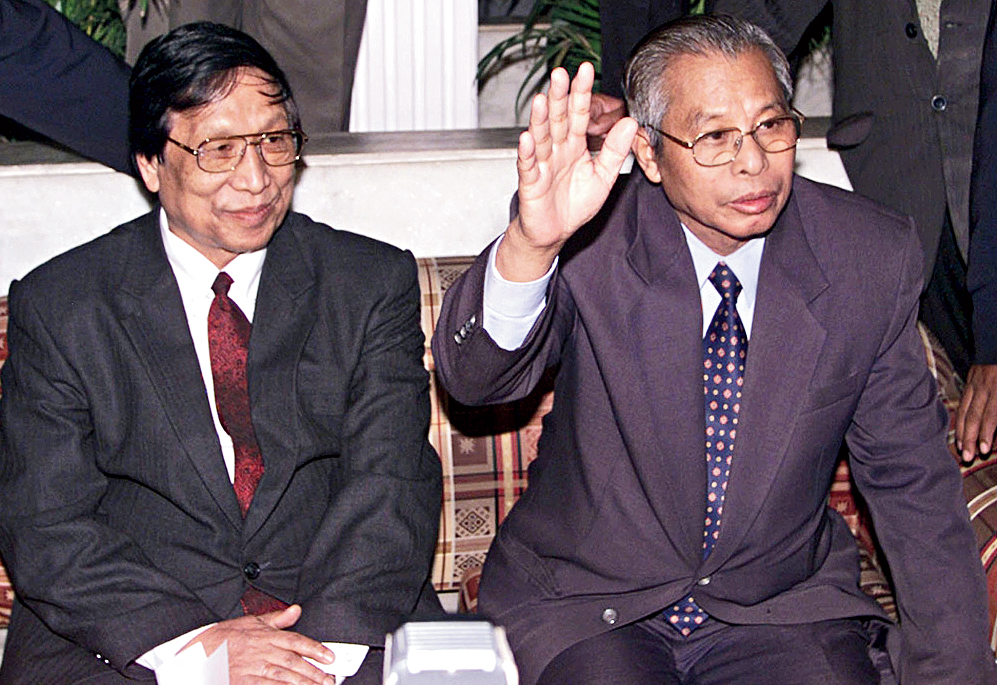 The book also gives a detailed account of the insurgents’ attempt to seek assistance from China and Pakistan. The assistance may be in the form of moral support, political support, material support and sanctuary. In reading the book one can understand the disagreement between A.Z. Phizo and Muivah over the issue of supporting India during the Indo-China war. Several leaders, including Muivah, were in favour of getting the ‘blessings of China’ to internationalize the movement. Several leaders wanted Phizo to visit China. But Phizo felt otherwise. Muivah felt that Phizo had made a mistake by declaring at a press conference the fight against China. They were, however, optimistic about Pakistan’s support. Quoting Muivah’s unsuccessful attempt to go to China in 1986, the book mentions that “they said it was the Chinese policy to help revolutionaries to rise up but after that we must sustain ourselves”. Since then the Chinese have stopped entertaining the Naga insurgents.

The Naga insurgents have helped in raising other insurgent groups of northeastern India and have provided training to them. They also reportedly undertook several social welfare measures, and continue to collect taxes and settle cases.

The book also gives a detailed account of political developments in Myanmar. It presents the lives of the Nagas of Myanmar, a land where they constitute one of the distinct ethnic groups. They are still among the poorest populations of the country.

A lot has been discussed and written about the Naga movement. But the existing academic and activist writings are mere repetitions of earlier works. This book stands apart. The authors are well-informed, their work is relevant, informative and hopes to bridge the knowledge deficit that exists in our understanding of the Naga people and their movement.