The mistress of intrigue 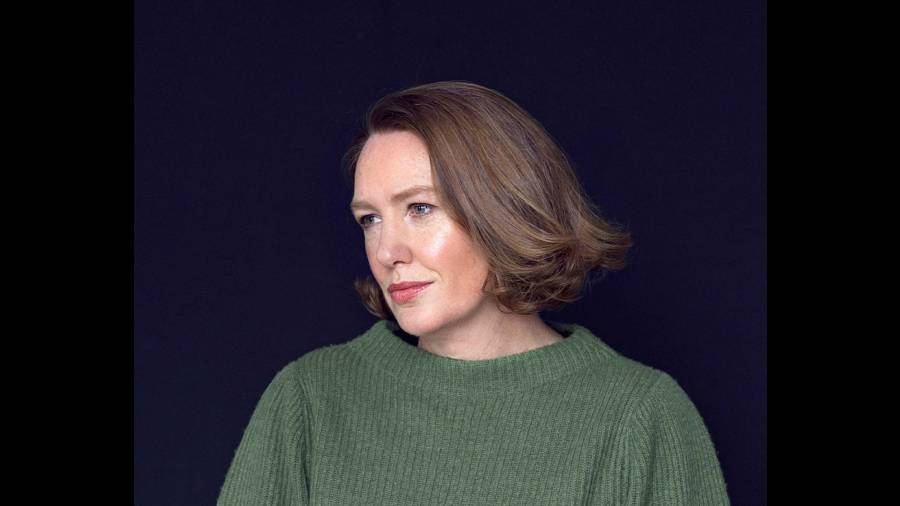 Riding high on the manic pixie psycho girl wave triggered by Gillian Flynn’s Gone Girl, there was a demand in the market for more. Readers craved the adrenaline rush that came from a thriller and a flawed heroine who had no qualms about her crimes. On the heels of that came Paula Hawkins’ The Girl on the Train, a psychological thriller so captivating that it was eventually turned into a film starring Emily Blunt. The film has also been adapted in Bollywood starring Parineeti Chopra.

Continuing on the path, she is back with a new book, A Slow Fire Burning, (Doubleday; Rs 699) which investigates the gruesome murder of Daniel, who lived in a decrepit houseboat. Tying three seemingly different women to the crime –– his aunt Carla, his nosy neighbour Miriam, and a one-night affair Laura –– there are hidden pasts, secrets and personal motives waiting to be unearthed in this complex thriller that has all the ingredients for a perfectly thrilling recipe.

It is difficult to like Hawkins’ characters because they are flawed but it is easy to empathise with them because they are very real. Manoeuvring the fine line, Hawkins deftly ties in a book within the book, which only lends to the eeriness of her prose. We spoke to the author over Zoom about women writers and the difficulties and joys of writing a thriller. Excerpts.

Do tell us about the inception of this book.

All my books usually tend to start out with a character. In this case, it was the character of Laura, a very troubled young woman who’s had lots of setbacks in her young life. I had been talking to a friend quite some time ago who had told me a story about someone she knew who had suffered an accident and how it had sort of changed her personality as a result.

I found myself constantly thinking what life would be like if you were that kind of person, and how difficult it would be to present yourself to the world in one way and be seen in another way.

That character was in my head, but I wasn’t really sure where I was going to go with her, what her story was going to be. My flat in London is near an out-of-business canal and, one day, while walking around it, I chanced upon the houseboats kept there, which made me wonder about the people who live in them and the kind of lives they lead.

Every now and again, you’d find one houseboat that was very broken down and sinking into the water. I just thought that anything could be in there –– they look like they haven’t been touched for years and there could well be a body in there!

I put those two things together. Soon I had Stephanie too. It wasn’t one of those books where I knew the concept. It was more of an organic thing where I was sort of working with these two elements of Laura and the reason.

What is your writing process like? Do you have everything plotted, or are there parts that take you by surprise while writing?

I need to know where we end up! Since it’s a whodunit, I need to know who has been murdered and who murdered them, of course. The one thing a thriller writer aims for is the big reveal and I do plot a bit. But I don’t like to do too much. I feel it kind of sucks the joy out of the writing. If you already know every single theme, you end up just filling in what happens in between.

I like to have a vague idea of where my characters are going to end up and then I begin writing because I think the best writing and the best ideas actually come to you when you’re right in the middle of it. You need to be immersed in the story. That’s not the kind of stuff you can really plan for; you’ve just got to get to it. But that also means that I’m a bit slow as I tend to change things around a lot.

Your fellow British actor and writer Phoebe Waller-Bridge once said that a woman writing fiction is assumed to be autobiographical. Do you feel that challenge, especially because you write thrillers and your female characters do not succumb to the quintessential tropes of being likeable?

I think she’s definitely right about that. People do tend to make assumptions. Everyone thought I was drunk when I wrote The Girl on the Train. It’s not something I really think about when I’m writing though, because I know that it’s not true. There are elements of me that would be for any writer who will find small parts of themselves in all of their characters. My characters are always called unlikeable, but I like them! I’m very close to them and feel a great affection for them.

You spend a lot of time living in their heads. They may be doing things that are bad or frustrating, but I understand them completely. I know where they come from and that’s what you try and build up in the novel. Your readers need to build up that level of empathy. They’ll come to the character and think they are not sure about that person. However, as they go through their story, you hope that they will grow to become more attached to them.

What’s most important for me is that the reader should understand the character. And even if they don’t like them, they want to follow them around. They want to find out what this person becomes, or where they go.

You recently commented how technology has made the lives of crime writers so difficult. What is your personal relationship like with technology?

I think I am somewhere in the middle when it comes to using technology in my own life. I don’t do a lot of social media anymore because I found it takes up a lot of time and is very stress-inducing. I’m on Instagram but no longer on Twitter.

In books it’s a real pain from a crime writer’s point of view! Writing crime 30-40 years ago was so much easier because there was no one tracking your movement at all times, or CCTV cameras following you around everywhere you go. It’s much more difficult to get away with crime these days!

The Girl on the Train had a very explanatory, basic working title that the publishers ended up absolutely loving and decided to keep. Even Into The Water was my early title that just ended up staying. A Slow Fire Burning came to me after I had finished writing most of the book. I read about this phenomenon called the slow fire where paper degrades in old books and I immediately thought that’s what’s happening to the characters in my book. It was such a great metaphor for what’s happening for these people who have something inside them that is eating them away slowly over the years. And also, because this is what the book is a bit about, it kind of fitted really nicely. As for the characters, I’m quite careless with naming my characters! They just pop out of my head. Sometimes I look at my bookshelf and borrow one name from here and one from there. I’m not one of those people who think very carefully about names, I’m afraid.

For someone who has seen the highs and lows of the author life, what was the personal highlight moment for you?

Oh, that’s a good question. I’ve had so many great experiences and I really love judging the Women’s Prize. It was an amazing experience to reach this huge variety of books because the Women’s Prize takes books from all over the world –– just that they have to have been published in English, but they’re from anywhere in the world, which gets you this enormous variety and it’s fascinating.

Although I’m not sure I want to do one every year because it’s a lot of work! The thing is, the actual success for an author is having the book ready as it opens all these doors for you. You get invited to festivals and that is such a wonderful privilege. I went to the Sydney Writers Festival years ago now, but I remember it so clearly because there was Julian Barnes, Marlon James and Gloria Steinem! Oh my god, that was wonderful!

Stills from the Hollywood (left) and Bollywood (right) productions of The Girl on the Train starring Emily Blunt and Parineeti Chopra, respectively

Tell us about the experience of having your book made into a movie.

I think you’ve got to take each project as it sort of comes because they’re not always going to be the same. I saw The Girl on the Train before the book had even been published. They bought the rights before. I wasn’t in the right space to be working on a movie so I wasn’t very involved. I was very happy with what they did.

I was only involved in the fun parts like going to the set and premieres, saying hello to the actors without having to do any work! However, I think now I would want to retain a bit more control or rather be more involved. At some point, I would even want to do some screenwriting, but I need to learn the craft before I can do that. But I’m not at the point where I want to adapt my own work because that would be a lot.

Some people are very good at it –– writers like Gillian Flynn and Megan Abbott, who are involved in that work. I don’t know how they managed to get anything else done at the same time.

Are you aware of the Bollywood remake of The Girl on the Train?

I saw it on Netflix. They’ve changed a lot, obviously, about the story, but I thought it was really interesting. And I loved seeing all the London locations because in Hollywood all the locations were in America. So yeah, it was fun. I liked it.

What are you reading and watching currently?

I just finished a series called Baptist by BBC One, which is a crime drama set in lots of different countries. I just finished reading Animal by Lisa Taddeo, which was quite extraordinary. I had previously read her non-fiction book Three Women, which was quite hard to read because you feel like you’ve run out by the end of the book. She’s an extraordinary writer. I’ve got a huge pile of things that I’m supposed to be reading next, but I’m not sure when that will be fixed.

Is there any author in the same genre as you who you really look up to and who have books, perhaps, that you wish you had written yourself?

Oh, yes. I think one of my favourites is Megan Abbott. She’s an American writer who writes noir-ish, very character-driven, dark and intense crime novels. They tend to be about women’s relationships to each other and she happens to write women really well. And there’s a sort of a call to her writing, which I really like. I would recommend everyone read Megan.