Advertisement
Home / Culture / Books / The idea of a king

The idea of a king

The Mortal God: Imagining the Sovereign in Colonial India explores our recent history of kingship 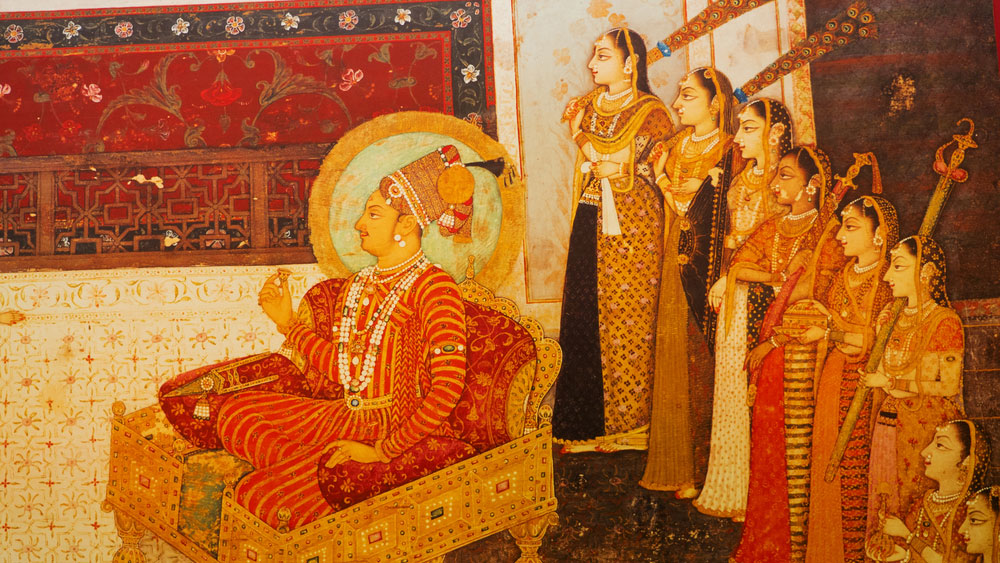 The book deftly looks at the complex and fascinating exchange of ideas that shaped and reshaped the many conceptualizations of kingship in colonial India
Image: Shutterstock
Salil Misra   |   Published 14.03.19, 06:22 PM

The book has five chapters, along with an Introduction and a Conclusion. Each chapter explores different facets of discourses on sovereignty as they emerged. The Introduction lays down a historiography of discourse on sovereignty, tracing its origin in the Hobbesian idea of state as a leviathan ruled by the sovereign who is the mortal god. Banerjee argues that the idea of sovereignty in pre-modern India was both contested and negotiated. Unlike Europe, where the idea of sovereignty was rooted in monotheism, which supported monarchy, in India sovereignty was polycentric and drew upon varied Indic and Indo-Islamic cosmologies, with millenarian dimensions. The first chapter, “Caesar of India”, brings out the complexity of sovereignty in colonial India, where, as Kaiser-i-Hind, the British monarch took over from the remnants of the Mughal kingship. In accommodating princely states within the emerging paradigms of a modern bureaucratic sovereignty, the complexity of negotiated sovereignty was suppressed. Banerjee argues in the next chapter, “State is the Household Vastly Enlarged”, that in the absence of a national monarchy, Indian princely states like Cooch Behar and Tripura offered the space where a modernizing centralized sovereignty, which would be the harbinger of progress, was imagined. In “One Law, One Nation, One Throne”, which is the axial chapter of the book, Banerjee engages with multiple searches for a historical national sovereignty with the emergence of anti-colonial struggles. In these searches Ashoka, Akbar and Shivaji appear as figures around whom an anti-colonial sovereignty is constructed by Indian intellectuals like Bankimchandra, Tilak, Gokhale, Tagore and Aurobindo. Banerjee points out that this search for a national sovereignty is not merely posited in opposition to British colonialism, but the attempt is to locate it in a global space of sovereignty drawing upon models of monarchic or non-monarchic national sovereignties from Italy, Germany, Japan, Iran as well as Southeast Asia. With the growth of anti-colonial movements, however, an idea of representative sovereignty rooted both in theology (with god a part of humanity) and rationality also evolved. As India moved towards constitutional sovereignty, protection of individual rights emerged as the purpose of sovereignty.

Interestingly, Banerjee points out in the next chapter, “One has to Rule Oneself”, that as national sovereignty was conceptualized in elite circles, low-caste subaltern groups like the Rajbansis, who had put forth their own claims to Kshatriya status and royalty, evolved their own conceptions of self-rule. These were not always and necessarily in congruence with the ideas of national sovereignty, though sometimes these were subsumed. Finally, Banerjee discusses the various manifestations of messianic sovereignty in late colonial India in the last chapter, “God’s Kingdom Has Come”. He argues that millenarianism that had always been a part of the imaginary of sovereignty in pre-colonial India is invoked by several leaders and intellectuals in late colonial India, as India is posited on the brink of Independence and Partition. Independence itself is viewed as the return of the promised kingdom, as found in religious scriptures like the Ramayana and the Quran. Movements like Khilafat offered the possibility of imagining a solidarity which was beyond any national sovereignty. On the other hand, Gandhi was evoked as a messianic figure, the national patriarch, the moral sovereign. At a time when a rational political democracy was being shaped, the elements of messianism helped decolonize modernity, removing from it its colonial moorings of the civilizing mission.

The book deftly explores the complex and fascinating exchange of ideas that shaped and reshaped the many conceptualizations of kingship and sovereignty in colonial India. Even though the primary focus of the book is colonial and post-colonial India, greater engagement with pre-colonial conceptualizations would have been useful as it would have reinforced the argument of a multiplicity of discourses.

In the age of hyper-nationalism, sovereignty has become a significant question that interests people across the board. The complex academic language of the book restricts access to a non-academic readership, for whom, too, the book holds some important answers.

The Mortal God underlines the fact that conceptions of sovereignty emerge through contrasting and colliding imaginations. Along with the idea of a monarchic modernity emerges the idea of the adhinayaka, the providence in-charge of the destiny of India, rooted in the jana, or the people. Along with constitutionalism, the conception of sovereignty in colonial India continues to bank on patrimonialism. Ethics and morality associated with kingship remain a part of this conception, even in post-colonial India, so much so that the analogy of raj dharma is evoked as late as in 2002.

Kingship and sovereignty are among the most widely discussed concepts in political history. However, such discussions have not led to any consensus on defining and understanding these terms. In Indian political history, these concepts have been studied in the context of their roots in different theological traditions, that is Hinduism, Buddhism, Jainism and Islam. In the studies that focus on the colonial context, understanding of kingship and sovereignty has often been posited in a civilizational binary to the pre-colonial context, rather than being seen as a dialogic process between multiple traditions.

Milinda Banerjee brings together a fascinating history of ideas that focuses on multiple discourses on kingship and sovereignty in colonial India. Banerjee explores these ideas in the age of colonialism, defined by the absence of formal sovereignty, and in various spheres that are global and local, that continue to influence each other. Thus he manages to trace both continuities and ruptures in the practice of sovereignty as it roots itself in different locales. The book explores the different meanings and sources of sovereignty in the realms of divinity, sacrality, ethics, power, legitimacy and symbolism, arguing that these operate in conjunction with one another, not only in colonial but also post-colonial India. In this exploration, Banerjee raises an important question, that of democratization of sovereignty in colonial and post-colonial India, and, thus, of who is a participant in sovereignty.