Advertisement
Home / Culture / Books / An empire on the move

An empire on the move 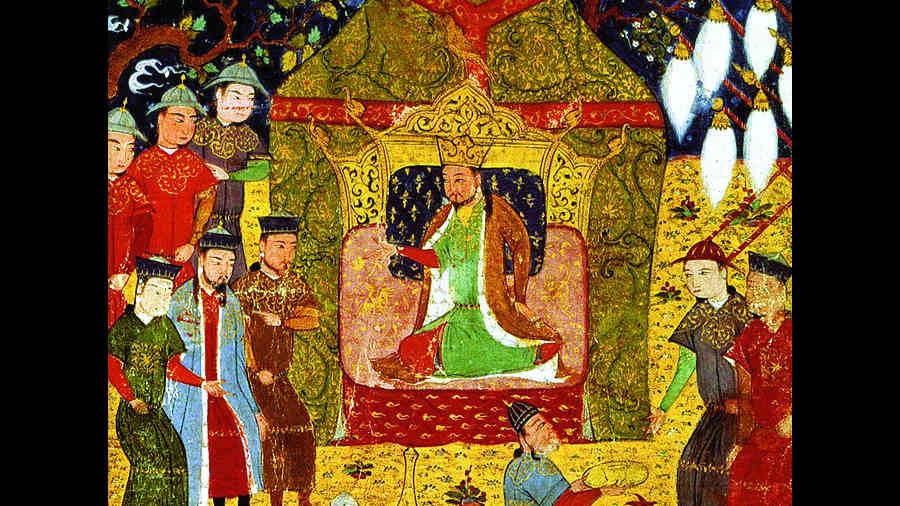 For those following the new revisionist historiography of the Mongols in general or the Mongol Empire (1206-1368) in particular, The Horde is an exciting new addition to a rich pool of contemporary scholarship in the field. Marie Favereau works on the widely acknowledged premise that the story of the Mongols presents a unique opportunity for historians to hone their craft with new questions, sources and methods.

She participates in this revisionist project by synthesizing the best of Mongol scholarship over the past few decades and by finding her own voice through the perspective she takes and the range of source material she garners. While researching on this book, Favereau was an associate in a project called “Nomadic Empires: A World Historical Perspective”. In line with its objectives, Favereau frames her book squarely within the larger problematic of the structures and practices of nomadic polities like the Mongol Empire that left its global footprints long after it disappeared.

While Favereau draws upon the new macro-histories of the Mongols through studies of both the empire of Chinggis Khan and the successor states, she chooses to shift focus on what she argues is the necessary “micro-perspective”. She observes that though much has been written about Mongol dynasties in China and the Middle East, there is little on the successor state of the Qipchaq steppes or more broadly the Eurasian stretch of the Empire.

Here it may be pointed out that the post-Chinggisid Mongol Empire was sustained by the nomadic polities of his descendants, each of whom was apportioned territory both conquered and unconquered. These nomadic regimes of the Jochids, the Chagatayids, the Toluids and the Ögödeids were named after Chinggis’s four sons. To Favereau, each of these regimes demanded different kinds of scrutiny. For even while each adhered to the entrenched conventions of steppe political culture and the innovations of Chinggis, all four segments of the Empire etched their own distinctive paths to political sovereignty and economic success.

Favereau’s study of the domain of Chinggis’s eldest son, Jochi, is a painstaking social and political narrative of the resilience and enterprise of a nomadic regime. She engages with the semantics of the term, ‘horde’, to describe this regime in order to break away from its standard English usage as the name for a “marauding mob” and locate it in its 12th and mid-13th century usage in the Mongol lexicon as “ordo” meaning court, campsite or regime. The use of the term, ‘horde’, is also to point to the inadequacies of the term, “khanate”, used in Persian sources. The “khanate”, a better word for an individual centre of power, could not capture the collective and distributed authority wielded by the Mongols. 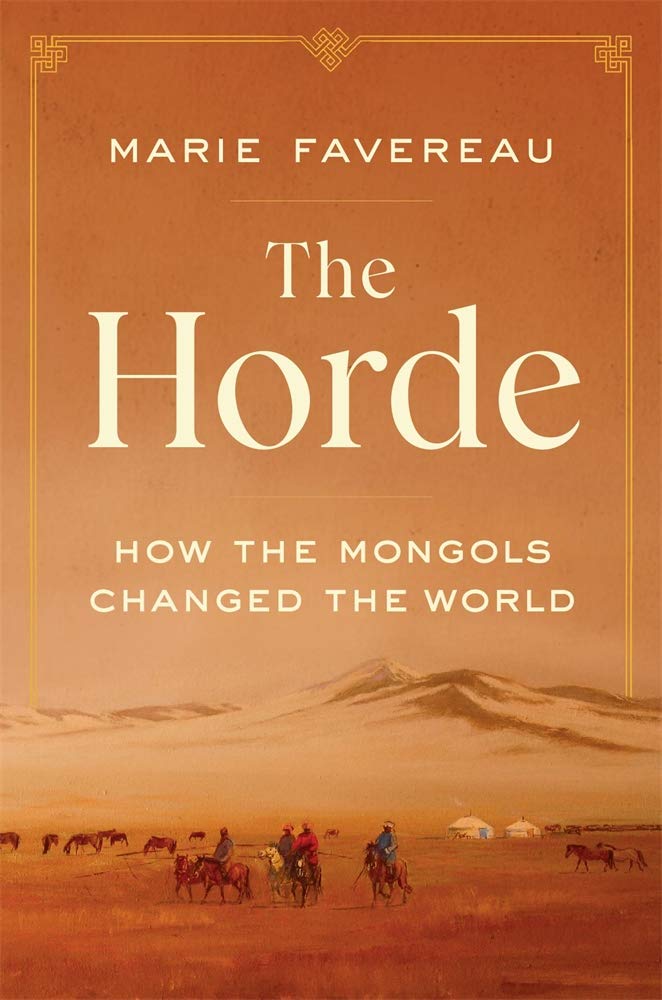 The Horde: How the Mongols Changed the World by Marie Favereau, Belknap, £23.95
Amazon

The ‘horde’ embodied the spirit of a people on the move, deftly nurturing people and animals in the vast grasslands of the Eurasian steppes and building an empire on horseback not merely through murderous sieges and conquests but through pragmatic policies of religious toleration, diplomacy and, most importantly, trade.

Although the Mongols and their successors exhibited many traits of sedentary empires, including geographic scale, core-periphery hierarchies, hinterlands of extraction and incorporation of different ethnicities, Favereau concurs with others in the revisionist camp that the nomadic empire of the Mongols was never given to subjugate people under its direct political rule nor explicitly advocate an expansionist ideology.

Most of the book’s chapters are often overtly political history with their dense narratives of genealogies, wars of succession, conquests, sieges and endless turf wars, but there are also those that sparkle with insights into the affective and fraternal spaces in a Mongol camp. Beneath the martial surface, we find a people fond of luxuries, given to feasting and merriment, gifting and exchanging, performing ritual practices and sustaining the deep traditions of animist cosmologies.

The book reverberates with the rhythms of nomad life with phases of intense mobility followed by stretches of repose. Dwelling-in-mobility was the mantra of steppe, and Favereau draws us into a relatively unknown human-animal story of mutual interdependence and respect.

Seasonality, Favereau argues, is the key to understanding Mongol trajectories of conquest, trade and diplomacy on the one hand and textures of cultural and political life on the other. She introduces us to the complex network of political institutions that ordered internal hierarchies within the family, among chiefs, rivals and allies, women, war captives and slaves. Women, however, remain shadowy figures in Favereau’s narrative and all we know about them is that they enjoyed status and dignity according to marital value, social status, age and motherhood.

At the heart of all Jochid arrangements were “flexibility” and “adaptability’’. As long as power was collective, taxation regimes flexible and wealth accrued through trade and raid redistributed through steppe conventions of gift, charity and tribute, the Jochids flourished. The emergence of an oligarchy and the vicious power struggles between them signalled its death and ensuing anarchy.

What then was the transformational world-historical aspect of Jochid rule? There are two critical aspects to this phenomenon and both are related to trade. Favereau deploys the term, “Mongol Exchange”, in place of what is usually described as Pax Mongolica or the regime of unfettered trade that the Mongols sustained through their control of the overland trade networks stretching from Iberia to China. In effect, the Jochids were able to carefully calibrate relations with other descendants of Chinggis and maintain stability and safeguard the key cities and trade routes between the Aral Sea and the Black Sea. They dominated Eurasian continental trade and, in the process, entwined the fates of Russia with Central Asia. Favereau draws particular attention to the fact that Jochid influence on Russia derived from its innovative trade policies, which helped create the “largest integrated market in pre-modern history”.  It was a network that connected the circuits of the Baltic, the Volga, the Caspian Sea and the Black Sea in a single system that was further linked to the already established network among China, Central Asia and the Middle East.

Russian and Soviet historiography might have dismissed their phase of vassalage under the Jochids as the ignominious “Tartar yoke” that diminished their glorious past but Favereau is quick to point out how Jochid investments in the trade in silver and fur contributed to the spectacular prosperity of Novgorod and to the rising power of the Grand Duchy of Muscovy.

Although the prose is lucid, The Horde may be a difficult read for the uninitiated. But for students of Indian history, it’s a rare opportunity to explore a world that remains both familiar and unfamiliar. Favereau might be a relatively unknown name in India at the moment, but it’s heartening to see the historiography of ‘nomadic empires’ resonate in some of the better scholarship on Mughal India in recent times. I’m glad I could read Pratyay Nath’s Climate of Conquest: War, Environment and Empire in Mughal North India and Favereau’s Horde at the same time and follow the complex trails of the Mongol bequest in our part of the world.